There are certain stages that occur in each and every project. Basically, it all starts with an idea, then it’s all about testing, developing and optimizing until reaching the most satisfying effect. The required resources depend on the scale of a project. The bigger the project, the bigger the risks. Let’s take architecture and construction as an example. Now, there’s some big scale risk involved. So, how about some 3D printed prevention before you hit a brick wall?

Whether you’re one of those who have their dream house pictured clearly or one of those who can make that dream house happen, you want to make sure that it meets your expectations before investing substantial resources into a construction, don’t you? If you’re an architect, you already know it’s easier to have a tangible project to show the customers your interpretation of their wishes and you surely know a mockup is the way to do it. But, as it is, the modeling tends to get quite time-consuming. Fortunately, there are ways to significantly speed it up.

Name of the Game

One of the key elements of successfully running and developing a business is efficiency. That also means finding and optimizing the right tools and adjusting the possibilities they offer to your current needs. The founders of Archetypon did exactly that. The three gentlemen, Adrian Kramarczyk, Paweł Ogarek and Łukasz Bąk, specialize in architecture model making. They utilize and combine different techniques to achieve the best possible final effect. One of their not so secret weapons is 3D printing technology. 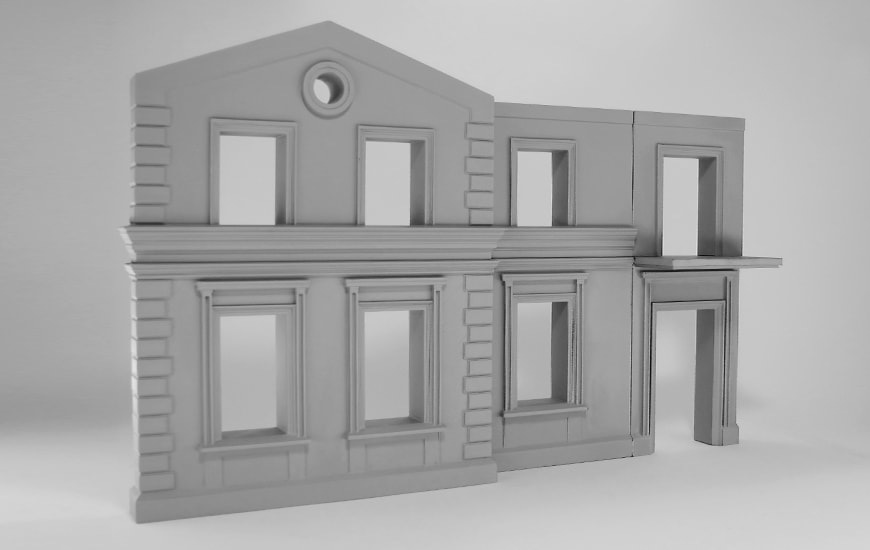 All About that Scale

When it comes to architecture mockups, scale often becomes the predominant factor in choosing the most optimal modeling technique. The smaller the scale, the more difficult it is to accurately reflect the project’s details. So, the first necessary step is to create a thoughtful design, before engaging in the quite lengthy process of making a mockup. This stage often means a selection of details that the model needs to present. Then, it’s all about choosing the right methods to help you do the work and enable you to achieve the best effect. Mixing 3D printing, silicone molding and casting allowed the guys from Archetypon to create mockups just the way they wanted.

Attention to details is a must in architecture and that applies to every single stage of the modeling process. Archetypon reaches for Zortrax M200 and utilizes it in their own way to create high quality mockups. After designing, the model is 3D printed, most often in Z-ABS, because it’s easy in post-processing. Then, the residue is removed and the 3D print is sanded, primed and the parts are adhered. The 3D print is used as a pattern for a silicone mold. After adhering the 3D print to a base and putting stops, the silicone is poured and after a few days, the mold is ready for casting.

As we prove to you time and time again, 3D pritning technology can help you reshape your business and make it more efficient. You decide how to apply the technology to make the most of it. Look at Archetypon, the guys put time and energy to develop their own way of architecture models making. It was surely worth it.