Miles away from the cityscapes and people, deep in the Beskidy mountains you still get the chance to see the modern technology of 3D printing. This time, together with a group of volunteers united by the common goal, it helped to save the forgotten heritage. 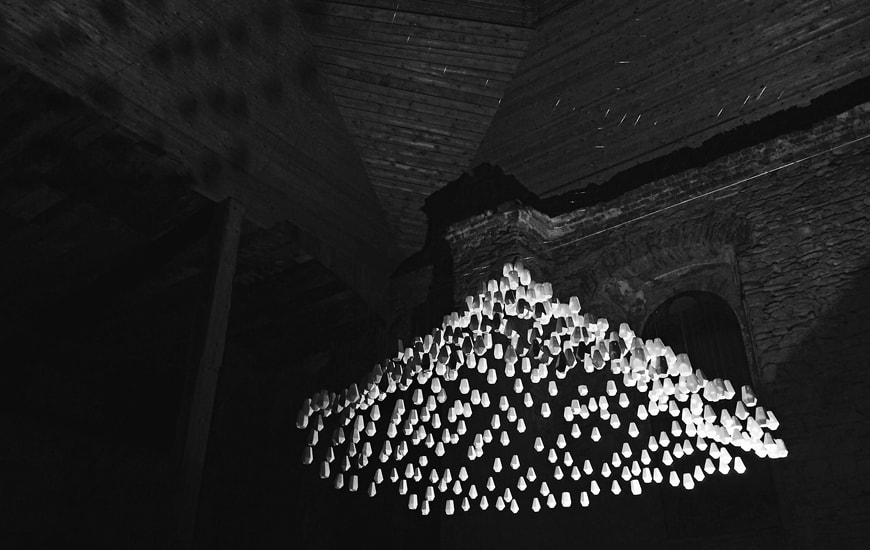 Interior of the church illuminated by 3D printed lamps

The old rustic church was one of many similar buildings left between the abandoned villages somewhere in the forests of Bieszczady mountains. Ruined and too expensive to be revitalized by the money from the local authorities it was decaying with its 19 B.C. beauty fading day after day. Many believed that the building would share the fate of many similar churches in the region that disappeared because of lack of necessary funds. However if it were so, we wouldn’t be writing about it now, so…

What Are You up to?

It all started with an idea of Łukasz Pałczyński, a student from the Warsaw University of Technology who shared his idea with Arkadiusz Krężlik and Kacper Radziszewski from Architektura Parametryczna who helped the concept become alive. Mentioning Łukasz, we have to add that it wasn’t his first project of such kind as one year earlier he chose the old church in Beskidy to present the installation of the modern buildings. But let’s start from the very beginning. Łukasz was one of the Design students, totally engaged into graphic design and painting. 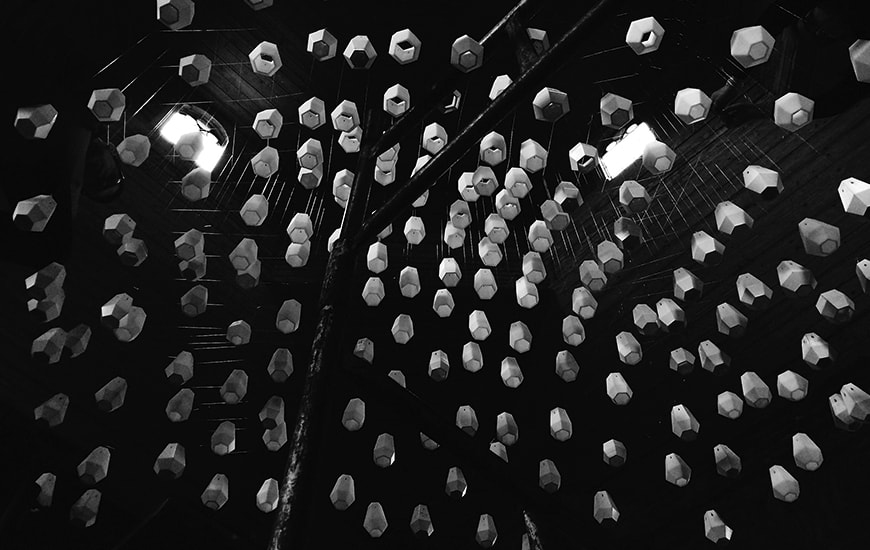 3D printed lamps in the church in Baligród, Poland

He would probably never think of exhibiting his art in such a foreign and unusual place as a small church in Baligród if it wasn’t for one of his lecturers Piotr Trębacz, who planted the idea during one of the classes. The concept of the place was immediately followed by the student who together with his friends decided to give it a go and some time after he was actually inside the church preparing the installation for the pictures. All the project appeared to be success, so Łukasz decided to do this again, but this time with some different people and a slightly modified concept.

3 Guys and a Printer

To tell the truth he was also successful while picking the right company as his choice was two architects from Architektura Parametryczna. Arkadiusz and Kacper who deal with the parametric designs and numerical architecture, were really enthusiastic about the idea and joined their forces to collect the sources for their project. As two representatives of the architecture branch were no stranger to the most innovative technologies, after long discussions and some heavy brainstorming they decided to choose 3D printing to make a clash with the old tradition and a bold statement of the present. 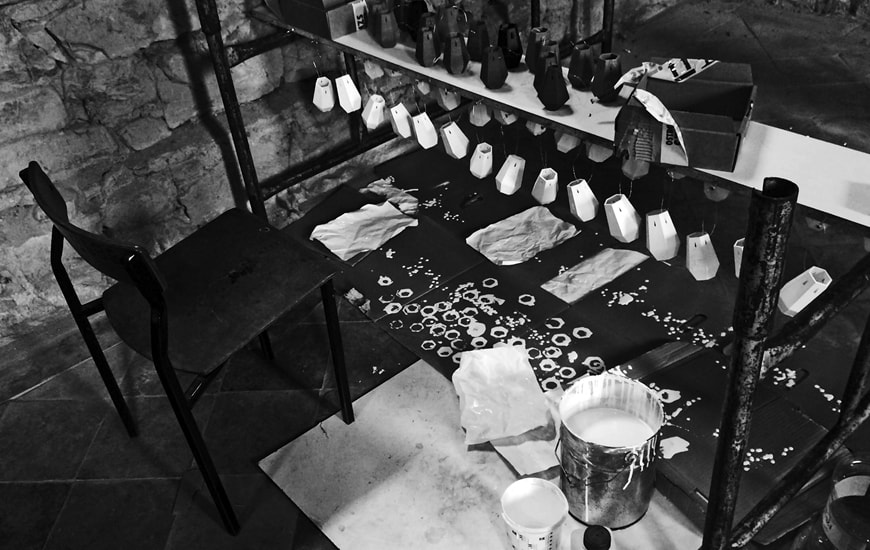 Their type was obviously the 3D printing technology, but as their resources were not sufficient for the project they wanted to complete they decided to go for social fundrising. However, different than 99% of the people who use such platforms they didn’t ask for money. Instead they turned to all the people who posses 3D printers and simply want to join the common project and offer the service of 3D printing even a single part of the design.

The Kickstarter campaign appeared to be really fruitful as it resulted with lots of backers who decided to share their skills and devices for the common goal. Of course Zortrax couldn’t miss such opportunity and represented by one of our official resellers 3D Phoenix who decided to print the models in the Zortrax Store in Warsaw. After forming the right alliances the whole process could start. Łukasz, Adrian and Kacper prepared the designs and send them to all the backers. After having the projects on their computers our resellers quickly get down to work as the whole installation was to be made of about 500 pieces. Thankfully, they were equipped with Zortrax M200 3D printers that helped them to 3D print the high quality models really fast and almost handsfree. 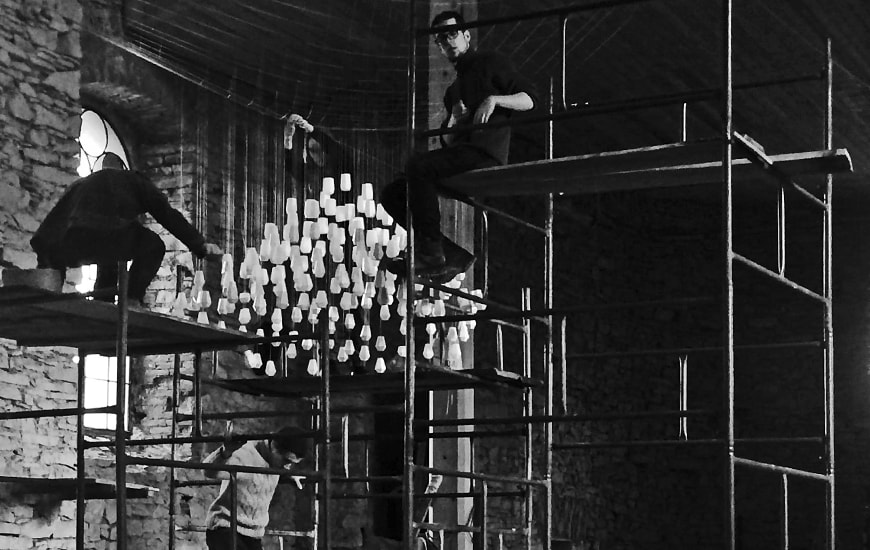 When All’s Said and Done

Getting the models was only the first part of the project. Anothr challenge they had to face was painting and installing the whole construction inside the church. As obtaining the good quality and smooth surface of models made on Zortrax was guaranteed so all the post-processing that was needed to obtain extra smooth surface in fact boiled down to sanding and pain ting. Without getting into too much details, the whole process lasted about 2,5 month but the final effect was entirely stunning.

It’s really striking that in the middle of nothing, surrounded by the undisturbed nature you can find the place created by the joined forces of people and technology. By contrasting the sphere of sacrum with the innovative technology of 3D printing, simple bold objects with the old interiors we can really exaggerate the reception of the whole project. Complemented by some classical music it can turn to many senses and bring the audience into an unusual mood. 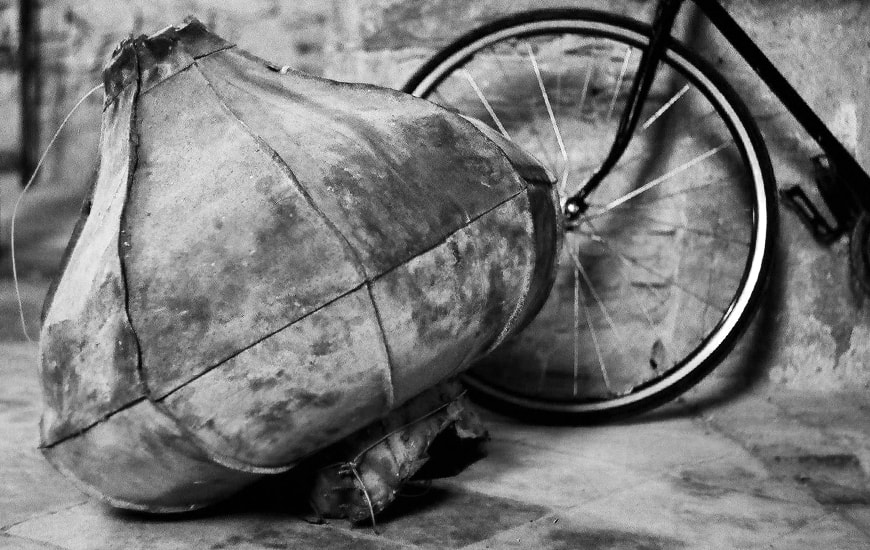 We are happy that we could take part in this amazing initiative where, again, our users gave us yet another idea how to utilize Zortrax 3D printers. This time for the sake of common benefit and saving the old church from destruction. Such original ideas that appear in the minds of creative people give us the powerful kick and the feeling that the technology is really gaining its momentum.