We are more than proud to present you the model chosen by Zortrax jury as the winner of #Contest2015. To say a few words to those who are not familiar with the rules of the contest, it featured the opening of the Zortrax Model Library, an integral part of the Z-SUITE software. As the purpose of the library is to store models and gather their creative designers in one place, we came up with the idea to organize the contest to praise the great designing skills of our users and show their works to the broader audience.

The author of the project is a Polish engineer Konrad Kowalski who was previously known as the designer of a famous Jelwek Watch. The Z-FRIDGE added by Jelwek is a highly functional prototype of a fridge fueled by the power from the computer. The small device is a great example, that shows that having a 3D printer and a little invention you can create useful devices and great looking gadgets at the same time. 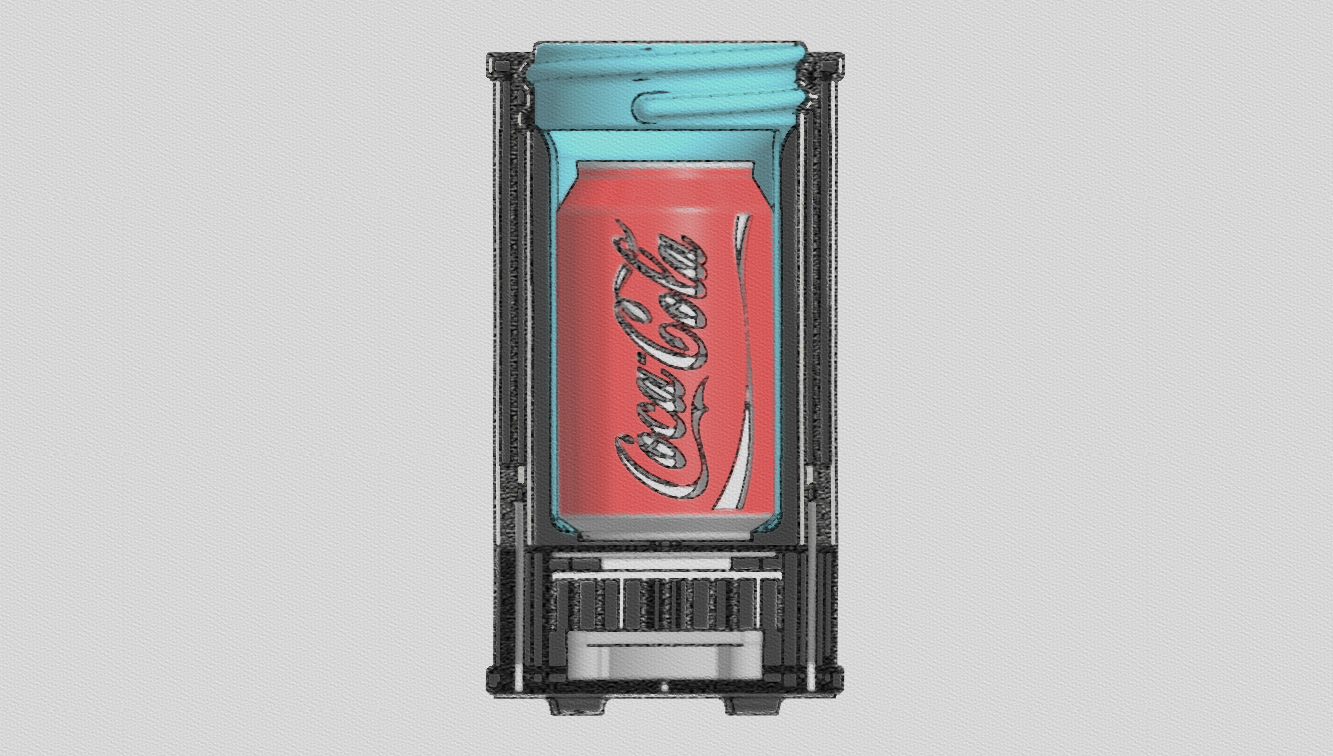 When it comes to the technical details of the fridge, two colors of Z-ABS were used to create the model: Black and Sky Blue. The whole 3D printing process took approximately 75 hours, as the designer was particularly focused on obtaining the highest precision and dimensional accuracy. That was also the main reason of choosing the Zortrax M200 as it guarantees great quality of 3D prints, being a the same time reasonably priced. The electronics were taken from an average USB fridge and installed in the device.

The picture above shows the complete mechanism, the casing and some bolts that were used to assembly the parts. All the elements of the chassis (inset, housing, base and lid), including the decorative honeycomb mesh were 3D printed on Zortrax M200. The mechanism that was responsible for cooling down beverages consisted of three elements: radiator, fan and Peltier’s module. As the use of the first two is no surprise, the third element – Peltier’s thermoelectric cooler module was used as it can transfer heat from one side of the device to another. Because of this particular feature, the whole mechanism can be used either to cool the beverages or to heat them up.

What we appreciate in this model is not only the good design, but also the ability to use it as a totally functional end- use product that can be used on everyday basis. With its commercial looks and precision put to the details, models printed on Zortrax 3D printers serve as a great basis for consumer goods development and pre-production testing.

All the files and the details necessary to 3D print the USB fridge are available to download in Zortrax Model Library which is an application in Z-SUITE software.