As many of you know Tesla is currently gaining its momentum by not only being a prosperous and innovative company but also a spokesman for smart environmental- friendly solutions. Among many people who appreciate the quality of the powerful brand is Martin Hensen, a huge fan of the Tesla S series car. Strongly inspired by the vehicle, he decided to create his own customized version of the Tesla supercharger.

Being a creative guy and Zortrax M200 owner, preparing his own device that recreates the original shape of the Tesla Supercharger was for Martin just a matter of hours. The first and the most vital part was of course designing the model in a CAD program. Martin Hensen decided to use Autodesk Inventor where he could design a model with a particular shape and then easily export it to the slicing program. By choosing a reliable 3D printer he was sure that the 3D printed model will have exactly the same dimensions as its digital project. Just take a look at the video below to see martin on his way from the idea to a final product.

Having the model in the Z-SUITE slicing program, Martin could start to add the final shape to its Supercharger by choosing the parameters like layer thickness, printing speed and orientation. Just right after, the 3D printing process started. Each model consisted of 6 parts, apart from the white case and metal pipes, all the elements of the station were 3D printed on Zortrax M200. Apart from painting the inside elements with a spray paint, no post-processing was necessary. The charging station was assembled and equipped with a special cable that could be plugged to iphones.

As an enthusiast of the electric powered cars produced by Tesla, Martin Hensen wanted to provide its users with a cool gadget and a useful device, all in a form of a handy charger. We could assume that the creative inventor of the Supercharger was fully aware of the possibilities given by the 3D printing technology that offers almost unlimited customization opportunities for those who have access to the 3D printers. As Zortrax M200 is first of all a reliable and high quality 3D printer, it allows creating precise, complex models that fully reflects the initial concepts of the designer and can be well used as end-use products. Using the latest additive manufacturing technology allows you to not only create your models from scratch but also 3D print objects adjusted exactly to your needs or to make reshaped, resized or modified versions of the already existing objects. 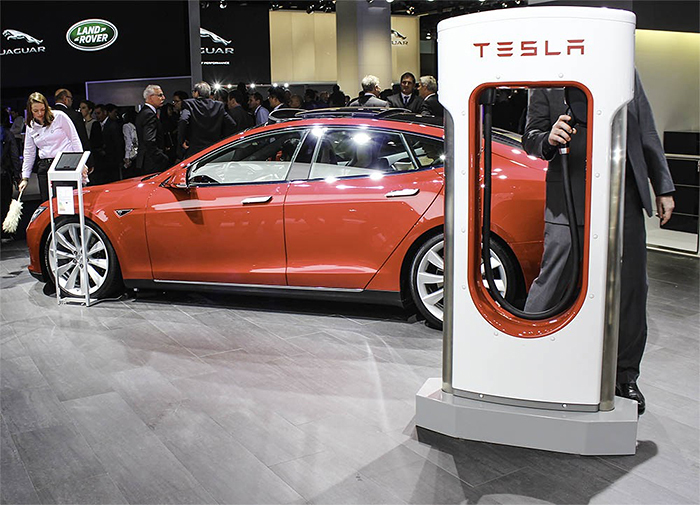