Even a short glance at the works of Dutch designer Bert Simons reveals his talent for turning simple objects into something more. Today, we are going to shed light on his IcoLED project. The third iteration of the pendant lamp was created entirely on Zortrax M200 3D printer. Moreover, each LED diode located inside it is fully controllable from a mobile device connected to wireless network. Mobile app written by Simons allows to remotely change color patterns with a simple tap. But before 3D printing, the creator has experimented with a different approach. Let’s trace the project back to its beginnings.

It all started with a prototype created for Dutch Design Week in 2014. Back then, the lamp was made entirely with paper. 31 cells cut from stiff cardboard were glued together to form a truncated icosahedron, a solid figure with 32 plane faces (think of a soccer ball without rounded walls). Inside the lamp, LED diodes and Arduino mini-controller were installed to create animated light patterns. That was the first iteration of IcoLED lamp. But the paper version had a major flaw— it wasn’t durable. Thus, Bert decided to reinforce fragile structure with 3D printed parts.

At the beginning, only the lamp’s inner construction holding the walls was meant to be 3D printed. Nevertheless, thin paper walls were still problematic. Soon, the creator decided to make a fully 3D printed iteration of the lamp. High performance of Zortrax M200 was one of the reasons to experiment with a 3D printed shell. After numerous test versions, Bert has found the final shape, close to the paper original. And that’s the beauty of rapid prototyping – freedom of fast design and testing. Skilled in 3D modeling software (namely Rhino and Modo), the creator could quickly and effortlessly go through different iterations. Z-SUITE played a part in the process, allowing for speedy and straightforward model preparation – no cumbersome settings tweaking required. Thus, the Zortrax M200 3D printer became the core asset in Bert’s studio. 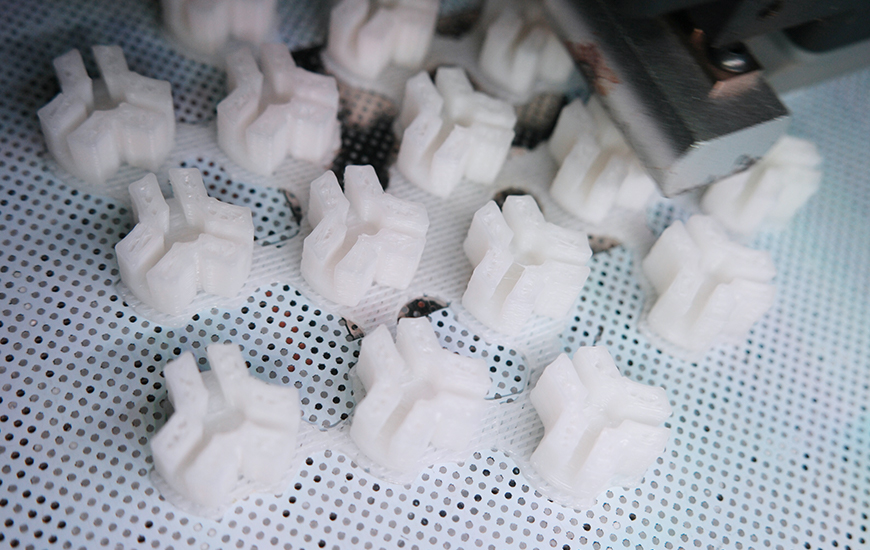 “I don’t only use the 3D printer for this project, it’s an important tool in my studio and it’s a tool I couldn’t go without.”, says Simons.

From Paper to 3D Print

Initially, the 3D printer was meant solely for prototyping. But, as it turned out, it far exceeded Bert’s expectations. Exceptional quality of the parts 3D printed with Z-HIPS material has made him change his mind. Instead of using injection molding, the whole lamp was to be 3D printed. Not only it saved time, because the 3D prints required almost no post-processing, but also helped to evaluate the project. Noteworthy, choice of the 3D printer contributed greatly to the final shape of IcoLED lamp. After 4 years of service, Zortrax M200 would still be the 3D printer of Bert’s preference. In the final third iteration of the lamp, all 3D printed parts are snapped tightly together to ensure no light leaking in between. Furthermore, Arduino was also replaced with Particle Photon mini-controller.

What’s striking about the project, is the applied 3D printing material. Normally, you wouldn’t think of Z-HIPS as a light-transitive material. Nevertheless, with proper parameters, Simons achieved marvelous effect of soft light. At the same time, the lamp is structurally strong. It only took two layers of Z-HIPS to provide both features. Additionally, the creator was especially fond of low warping and quality of 3D printed parts. Shine on!

We recommend visiting Bert Simons’ website, where you can find more interesting projects. For example, his three-dimensional­­­­­­­ paper heads take low poly, a style in visual arts inspired by video games, right into the real world. Files required to create your very own replica of Bert’s head are available on his site. You can also check out other cases of 3D printed house accessories: minimalistic everyday objects designed by UAU Project and artistic lamps of Bardi. All photos and videos courtesy of Bert Simons.