People have a passion for countless activities – some can be very general, like sports or arts, and others can be unique and specific, like creating models or collecting in-flight sick bags. 3D printing is usually connected with the latter – well, modelling that is, not the sick bags – and such is the case of a talented designer from Sweden whose work with 3D printers can be an inspiration to others. 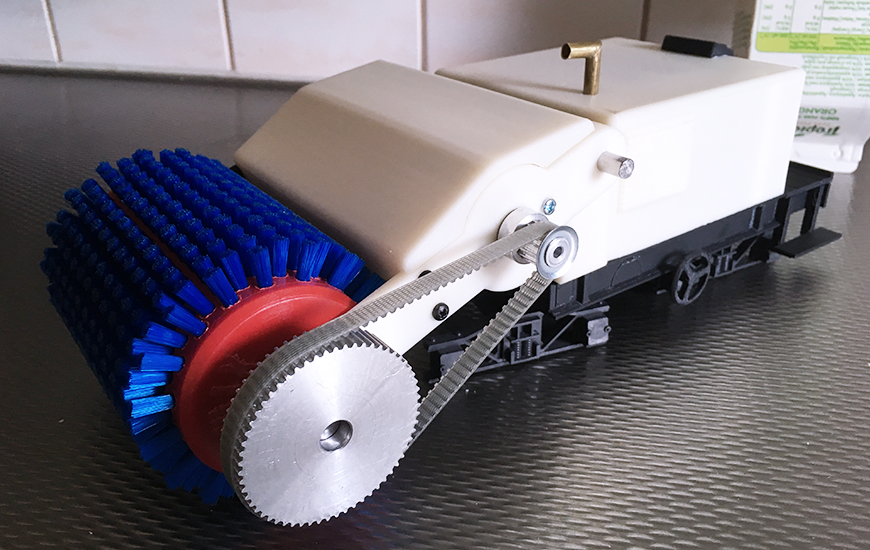 A functional model of a railroad cleaning car

Joakim Larsson is a true to form hobbyist whose interest in modelling started as early as he can remember. It probably even predates him since it might have been sparked by his father who used to have a garden railroad of his own. Later on, that became a source of interest for Joakim who wanted to build, develop and add plastic models to his father’s creation. He points out that over the years, his father’s old railroad stopped being just a one-person endeavour and became a group project, a “family hobby”.

In the beginning, the process of creation was quite arduous and time-consuming. It started with gathering as many photos and drawings of the objects he wanted to make as possible. Next, a lathe and milling machine would create various parts that would then need to be assembled individually. A lot of time would also be spent on filling different parts into a correct shape and size and then buying extra accessories to finish of the project. It’s a commendable work-ethic but maybe one that should have been the characteristic of 19th Century carpenters. 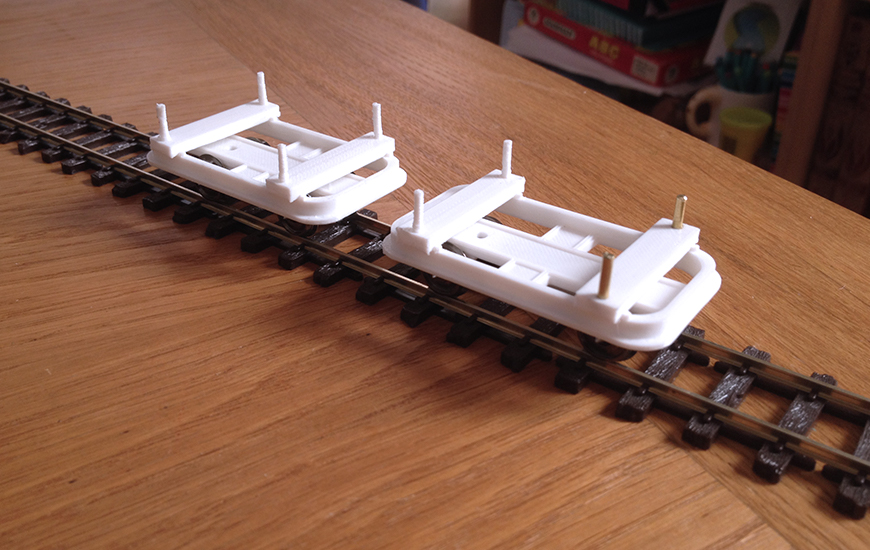 Nowadays the process is more streamlined, however the collection of photographs is still the earliest stage of production. After that, Joakim draws his models in CAD and all he needs to do is to print it on his own Zortrax M200 3D printer. The printer does a lot of the hard work that traditionally would have been spent on sculpting and modelling. Take that hard work!

As for the filaments that he prefers to use, he says that the Z-ULTRAT and Z-ASA Pro are his materials of choice since they can be easily treated with acetone and allows a smoother and more refined finish. “ABS-type filaments are usually where Zortrax printers shine and no matter how many I have tried, I always come back to these two” he adds.

A hobby project of a miniature TV-set model

Although earlier printers have been a good teaching experience for Joakim, they figured out to be more tasking in upkeep and maintenance, as they weren’t the most reliable machines. But later, the M200 proved to be a more hassle-free experience that required far less effort. As Joakim puts it: “When you want to print something, just print it”. Maybe he’s on to a good campaign slogan but for now, let’s leave it to sports shoes companies.

When it comes to post-processing, the printed models still need to be filled and sharpened for some final touches before painting but what the 3D print allows is an easier opportunity for variations in his own models. From the basic design Joakim can create dozens of objects by changing details of various degrees of magnitude. Thus, it allows his collection to grow exponentially in a relatively short amount of time. The reuse and alteration of models also allows him to produce his models on a more massive scale, something which he intends to take full advantage of. 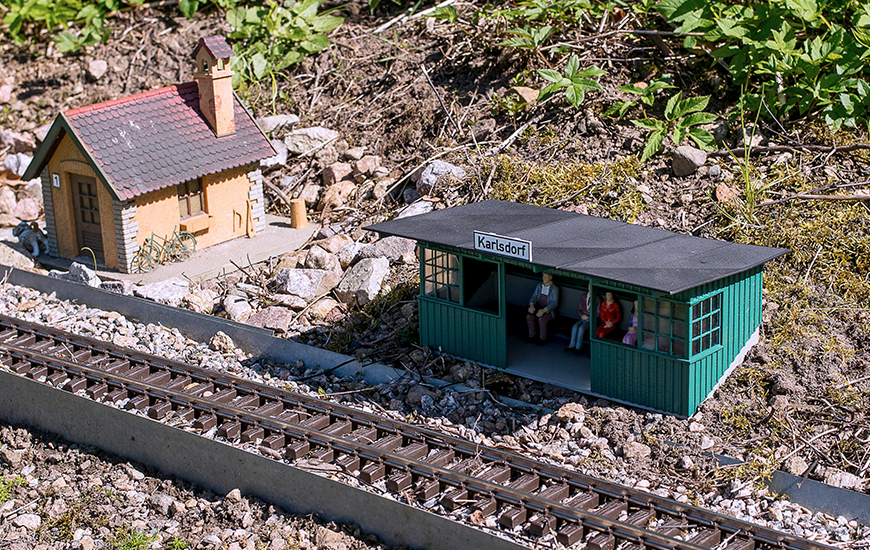 A passenger shelter model at a miniature railroad

Joakim is in the midst of expanding his hobby into a more professional surrounding. He has recently started a small company in his native Lund in Sweden and is about to launch one of his designs in collaboration with a Dutch model railroad store called Grootspoor. Currently they are working on part sets that would be completely 3D printed and that could be combined into larger models.

One might compare passion to a virus – when it’s left untreated it can be contagious. And Joakim, whether consciously or not, is trying to spread his interests onto others. What started as his father’s own project and later became a family hobby is now expanding and reaching far more people than it could have before. Through modelling and 3D printing, Joakim is simply making his family a little bit bigger.