We develop tools that help ideas become forms. And sometimes these forms are far more than tangible objects as they amazingly become materializations of people’s dreams, even the most extravagant and crazy ones. And each time we get no less excited than the individuals who come up with their ideas and for the first time can see them becoming true.

That happened also this time and to get things more interesting, exciting and powerful we had with us a talented DJ, Piotr Bejnar who added his music to give the real vibe to the whole process. 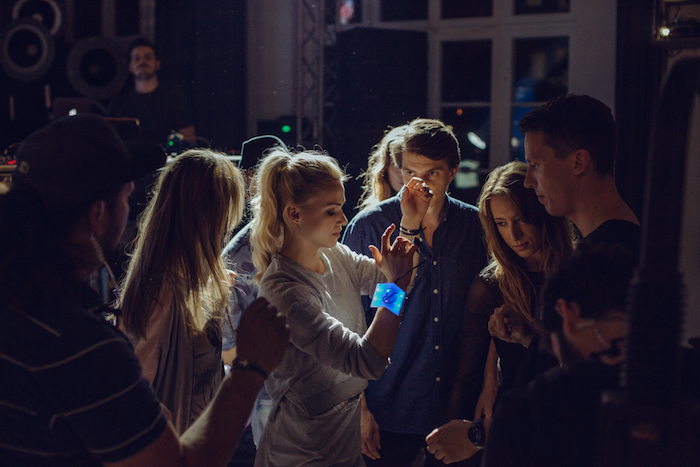 Sound of the Crowd

To give you the background of the whole project we have to bring back the recollections of an event from Bejnar’s life that gave the basis for the Heartbeats idea to develop. The idea came to his mind during the one of events while he was to play his set in a club, but he reached the place too late and there was no space on the stage for him to plug his consoles. It didn’t put his off, instead he decided to hold the deck in his hands and play the music in the middle of the crowd. It not only worked, but gave the DJ an important experience of how the interaction with people influences the music. Surrounded by the people from the club he could observe how they react to his music. They were so close that he could almost feel heir heartbeats. It was not only a really positive experience for Bejnar as an artist, but it was in fact really inspiring and left him with some food for thought. 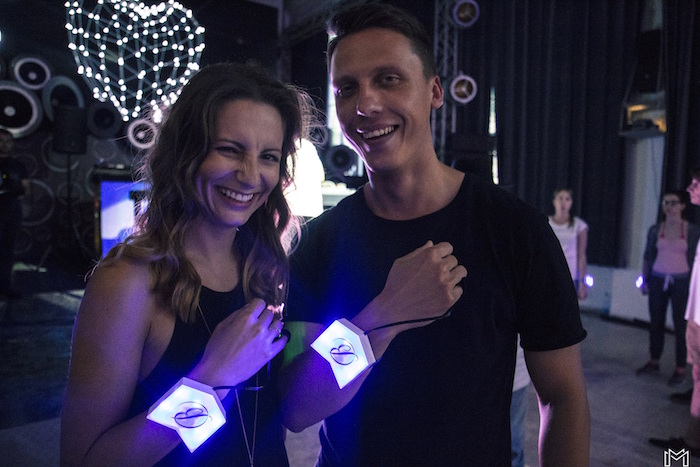 The event passed, but the idea of connecting heartbeats and music got stuck in his mind for a long time. Having no tools and opportunity to turn this idea real he would probably end up with some wishful thinking. But then along came a friend, as you may probably guess, equipped with Zortrax M200 3D printer. It wasn’t exactly the moment when the idea got materialized, but the access to the real machine that can 3D print inexpensive prototypes, as well as end use objects definitely helped the project gain its momentum.

Don’t Be Afraid of Mixing

Sounds and technologies and ideas. Having the latest 3D printing technology on his side, Bejnar could get busy with 3D printing and testing. He engaged also his friends and made a fruitful cooperation with Ballantine’s brand, so the project under the official name Heartbeats could come into life. The key element for connecting the music with people’s heartbeats was the heart rate monitor attached to each person’s body. During the designing stage it appeared that the most convenient way of mounting the device on club goers’ bodies is to insert it into a special bracelet that will be also equipped with Wi-Fi to transfer the pulse to the DJ’s console. After the design was ready it was exported to the Z-SUITE, which is a dedicated software for all Zortrax devices and where the model was prepared for the 3D printing process. As all Zortrax tools are the integral parts of closed Zortrax Ecosystem, no adjustments of temperature, parameters etc. were necessary. The last thing to do was to insert the model on SD card into the 3D printer and switch the button.

As the Zortrax M200 is a really reliable printer it also has got the advantage of being a desktop tool. So if you only want to, you can have a close control over the 3D printing, as you can simply put the machine on your desk and watch the process and perform your ordinary activities simultaneously. Just like Piotr Bejnar did. As we can see on the video, he was busy trying to mix the music with his friend’s heartbeats and meanwhile the Zortrax 3D printing was doing all the work for him. After a few tweaks and modifications that were possible due to the 3D printers quality and speed, they finally produced an optimum shape. The model was 3D printed with one of the strongest and the most resistant printing material from the Zortrax offer – Z-ULTRAT in pure white color. It was designed in a way so the heart rate monitor and the colorful led lights could be installed inside and the bracelet was still ergonomic and nice-looking.

As the project developed Bejnar was finally ready to present his project to the wider audience during the Ballantine’s Stay True Stories event in Niebo club in Warsaw. That night gathered a lot of club goers who were given the bracelets and told not to take them off till the end of the party. The data from the heart rate monitors was sent directly to the DJ’s console as bass beats, so he could mix it up with other sounds and play it live to the audience. It all created one of a kind set where for the first time in such form all the people could take a real part in creating the music in a club, just like the Zortrax contributed to making the whole Heartbeats project happen.

The amazing potential of creating gives us the unique opportunity to see what’s inside people’s minds. Creators can now unleash the projects that have been, till this moment, miles away from the real life. As we are the ones who believe that when you pursue your aims the success will sooner or later follow, we also believe in the power of the technology that give you the exact tools for achieving your goals really fast and eliminating most of the obstacles on your path. Apart from that, you can also have great satisfaction of being a pioneer of innovative ideas that can give a real edge to your work.