It’s been a long time since the architects’ job stopped being just about making sketches on a piece of paper. Software became the basis of their work, as it both facilitates creating and archiving the project as well as enables visualizing the project in 3D. But even a computer screen can’t fully present the actual project. For this you need a mock-up, a physical model that will let you see the object reduced to scale, but with all the details preserved.

Up until recently preparing such models was expensive and required a lot of work. Moreover, usually materials of poor quality were used. As a result, mock-ups were generally only created for large projects. When 3D printing gained popularity, the situation changed. You can buy a Zortrax 3D printer for the same amount of money you’d spend on professional graphics software. Preparing a project for printing is easy, as it’s based on the same files and programs that architects tend to use. Any additional work can be done with the Z-SUITE software which comes with every Zortrax 3D printer. You can have the final mock-up of a building ready in a few hours, during which time you can work on other projects.

3D printing is relatively inexpensive, it’s fast and it lets you create complex projects. Speed and low costs are significant advantages for architects. Now creating mock-ups is possible not only for the largest projects. A mock-up can be created even for the individual client who wants to build a small house for his or her family. What’s crucial about 3D printing, however, is neither its low cost or the time it lets you save, but the significant improvement in the efficiency of architectural studios thanks to the possibilities 3D printing provides when it comes to assessing the project and presenting it to the client.

Some situations are beyond the imagination of even the most experienced architect while he or she is just looking at a visualization on a computer screen. 3D printing makes rapid prototyping possible in the field of architecture as well. The characteristics of materials used for 3D printing have a direct resemblance to materials used in construction, which lets you test the efficiency of certain solutions. First of all, you can easily assess whether your project is practical in the physical world. You can also take your mock-up to the construction site to get an even more realistic feel. This makes work significantly easier and faster, and lets you avoid certain errors which are possible in the initial phase of the project.

Presenting Your Project to Your Client

Another crucial aspect is facilitating the architect’s cooperation with his or her client. An architect has to deal with different clients who approach projects differently and might not be able to visualize a project in their heads based only on computer graphics and drawings. This is where the 3D printer comes in. With Zortrax M200 3D printers you can use materials of different colors or even the Z-GLASS, which imitates glass and lets you create a complete project of a building—such as a single-family detached home—with all the rooms and windows. 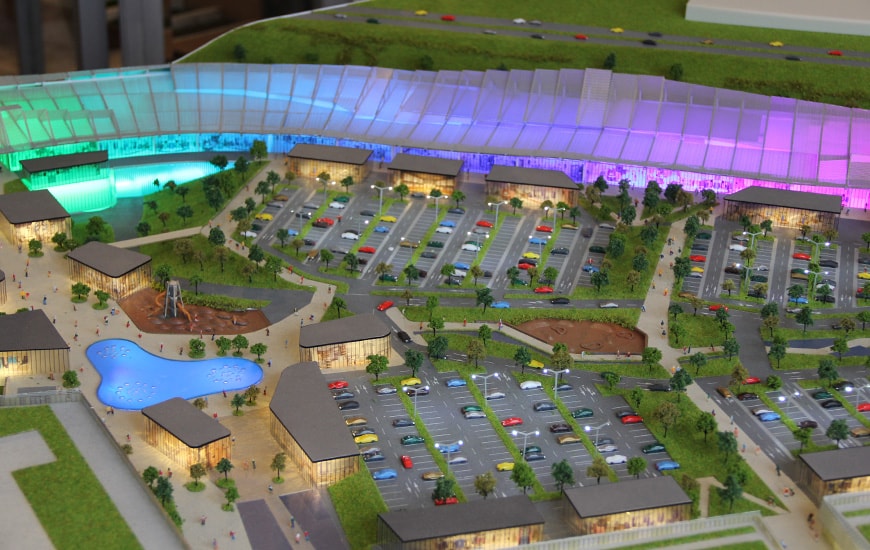 You can print every room and every floor separately and then assemble everything. You can also design the mock-up in such a way as to be able to move walls around while discussing the project with your client. And thanks to the inexpensiveness and speed of 3D printing you can have a new mock-up ready for the second meeting, modified so as to fit the client’s input. Mock-ups are much better than visualizations in presenting the expected outcome and they facilitate discussions about the final project.

Thanks to plug & play 3D printers, 3D printing technology has become accessible to smaller studios and individual projects. It’s a new tool in the architects’ arsenal and one that makes their everyday job a lot easier. 3D printing is a new world in the field of mock-ups and physical visualizations of planned buildings.