Time goes by – as this saying may sound a bit banal, the model that we covered on today’s blog post is definitely far from being such. On our blog we provide you with the models that not only show the utility of the 3D printing but also present the high quality and great looks. This time we also didn’t want to you to miss out another stunning looking and functional piece from our Zortrax Library – the Nixa’s LED Clock. 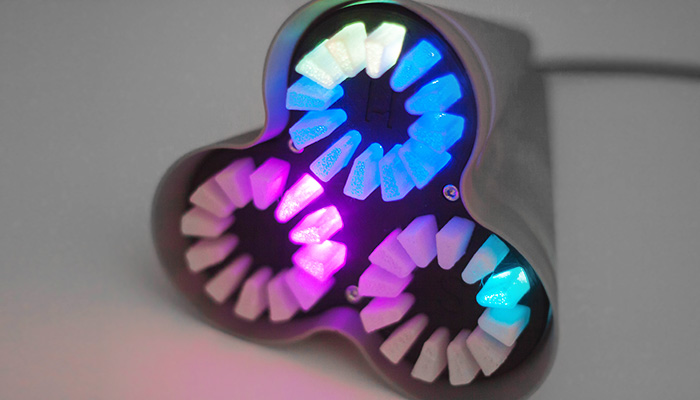 The first thing that draws our attention, apart from the multicolor sensation, is obviously the way the clock shows time. As apparently it isn’t equipped with traditional hands and numbers, it uses the LED displays to show the actual time on each of three separate dials dedicated for hours, minutes and seconds. The heart of the device is the mechanism based on the Arduino microcontroller that was programmed and the time was set. The whole mechanism is connected with the wires and supplied with energy by six AA batteries. Simple yet effective!

LED It Be Light

Another eye-catching feature of the presented model were colorful LEDs. The design constitutes of a three Adafruit Pixel Rings that were equipped with the lights together with special drivers. For the purpose of protection, the designers of the clock 3D printed special led covers that were put on the LEDs. Probably it wouldn’t be anything special apart from the fact that such small covers were 3D printed with precision and accuracy and they were made of a translucent material called Z-GLASS. The material is unique in a way that it imitates the light-transmitting structure of glass, so it can be used for decorative elements with inserted lights. As you can see in case of the model, the great parameters of the Zortrax M200 3D printer together with the well-picked material will simply make your models “shine”. 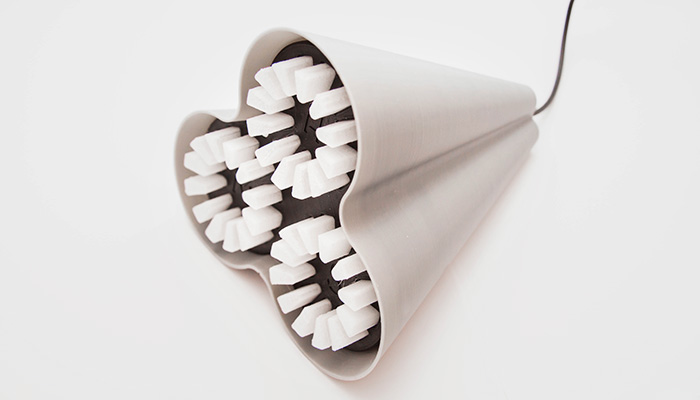 As we can notice on example of Nixa – the way from an idea to a model can be a short and sweet one. As they got their design ready thanks to using a modeling program and importing them to Z-SUITE slicing software they were in fact halfway through. That’s because they omitted most of the obstacles that appear while looking for a matching parts that are either poorly available, or simply don’t exist in case of creating a really original piece (read: Nixa’s Clock). Instead the team got busy with 3D printing and after a couple of hours they were ready with matching pieces for their model. Then they begin the assembling and programing details of which are available in the Manual in the Zortrax Library.

Having finished they could use the device that can be an original decoration of your interior thanks to its great design and tell you the time even in the middle of the night.

Made in Your Own Way

As you’ve probably noticed – we like the guys from Nixa. Not only because they produce such high quality models, but because they also show that each time you can make your various ideas rocking and ready. It doesn’t matter if it’s a rig, a clock or a line follower – you can complete your projects and every time test something which is completely different from the things you’ve done before. That’s truly a great learning opportunity and of course a lot of fun. Definitely worth considering while creating customized gadgets. By the way – this and more ready-to-print models can be found in the Zortrax Library, so don’t forget to check it out.