Leverpresso is a company that gathered over $130,000 on Kickstarter for their portable espresso maker back in November 2017. “Our crowdfunding campaign was so successful because we had a beautifully designed, functional product”, says Hyunsoo Kim, the Leverpesso’s founder and CEO. To cost-efficiently get his espresso maker to this stage of development, Kim used rapid prototyping with Zortrax M200 3D printer. “We’d been iterating through countless designs before we got it exactly right”, he claims.

Making a good espresso depends heavily on the pressure an espresso maker can generate. This pressure is needed to press hot but not boiling water through a layer of ground coffee. Kim says the sweet spot for espresso lays at around 9 bars. In a standard coffee machine, this kind of pressure is generated by an electrical pump. Such machines however have a number of downsides. First, they require electricity to work. Second, they are quite bulky. Third, they are not portable. But it has not always been that way. 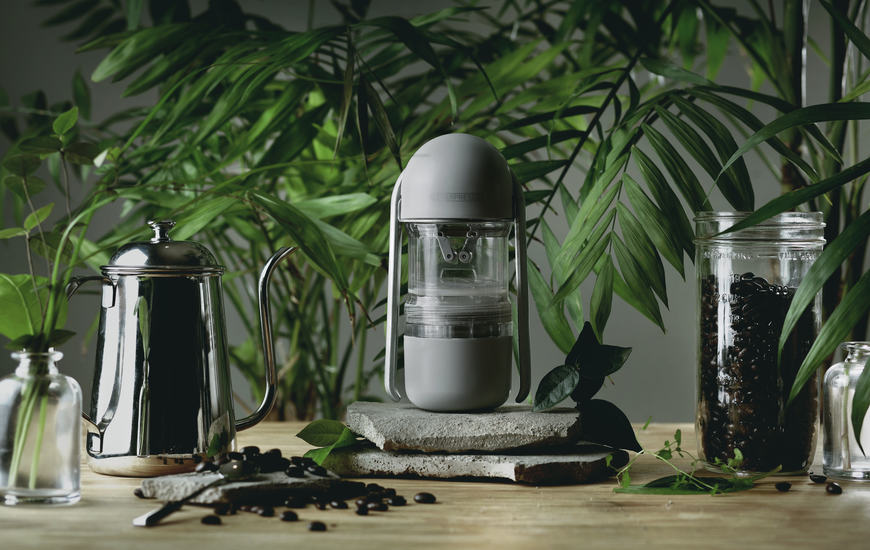 The idea of espresso is not new. Its history dates back to an Italian patent filed by Angelo Moriondo in 1884. Moriondo invented “a steam-driven, instantaneous coffee beverage making device”. It used steam to generate pressure which made it hard to operate and unwieldy by modern standards, yet the world felt the taste of espresso for the first time and immediately fell in love with it. A way simpler design where an operator pumped a lever to pressurize water was introduced in 1945 by Achille Gaggia who founded a company making espresso machines nowadays owned by Saeco International Group, a division of Philips. Gaggia created a category of so called manual espresso machines, the one that Leverpresso falls into.

Kim wanted his espresso maker to be portable, small, and affordable. It was also to be operated by a lever. “I was inspired by the coffee machines of old”, he says. The idea was to make something people could easily carry in a handbag and use outdoors on a walk in a park or a mountain trip. The challange was to come up with a design that could generate 9 bars of pressure, and at the same time would not require lots of strength to do so. Looks and style were also a top priority. 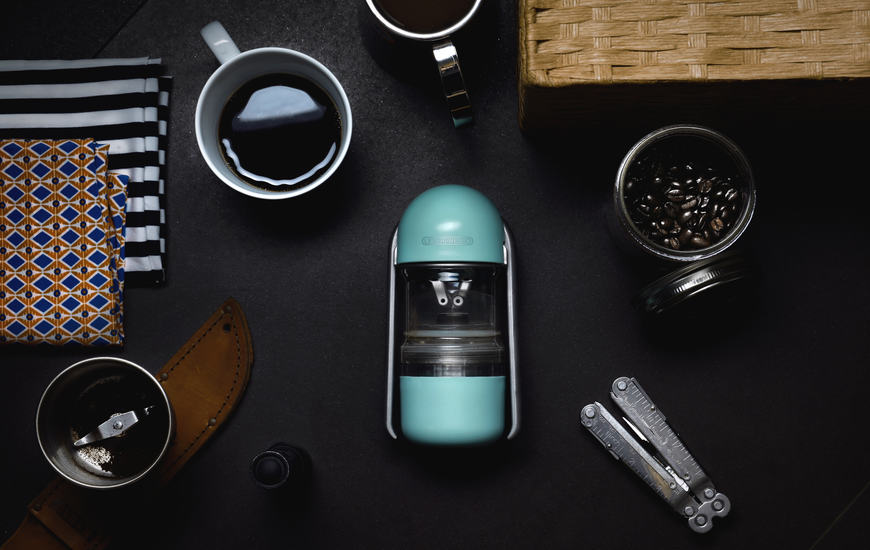 Being an architect by trade, Kim couldn’t fully commit to the project until a significant funding came his way. On the one hand, he needed the best possible design to attract investors, on the other, he needed his daytime job to pay the bills—a dilemma facing nearly all startup entrepreneurs. Kim needed a cost-efficient prototyping technology—the kind that would let him keep his daytime job while yielding quality results. Thus, he opted for 3D printing. The best 3D printer he could find was the Zortrax M200. Having discarded lots of initial prototypes, Kim eventually produced the one that got funded. The next chapter in Levepresso’s story has begun.

“I started with a lever design. When you look at the Leverpresso you can clearly see how it draws from coffee machines of old. It’s a bit vintage”, says Kim. But a traditional Gaggia’s lever design was meant for big, stationary devices. There was one, long lever an operator had to pull to make a shot of espresso. “We could just make the same thing smaller, but the length provided leverage. A miniaturized version would be hard to operate, you’d need to press it really hard to make it work”, claims the CEO. 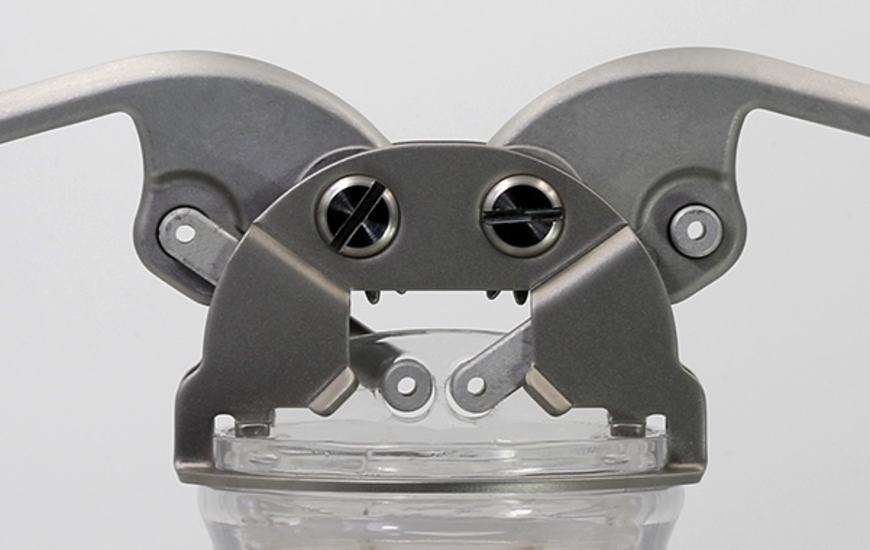 So, Leverpresso went for a butterfly design. “The one you can see in wine openers. There are two handles on the sides you need to simultaneously pull downwards”, explains Kim. This way a user could effortlessly generate enough force to pressurize water. “It’s not that simple to achieve true simplicity, though”, the CEO continues, “we have been iterating through various designs for more than 2 years”. Zortrax M200 made it possible to 3D print every each and one of them. To keep costs low, Levepresso worked mainly with Z-ABS 3D printing material. “We could immediately see what worked and what didn’t”, says Kim.

When Leverpresso launched its Kickstarter campaign last year, it had a reliable, working product rather than vague ideas. That’s what gained trust of the backers who had reasons to believe the would get the thing they were paying for, which sadly isn’t always the case in crowdfunding. “We wanted Levepresso to debut with a bang. The $69 price was set only 10% above the manufacturing costs. We used fine glass and metal to achieve this high-end feel of the product and attract espresso enthusiasts from around the world”, says Kim. Leverpresso pledged for $10,000. It’s got $137,000. 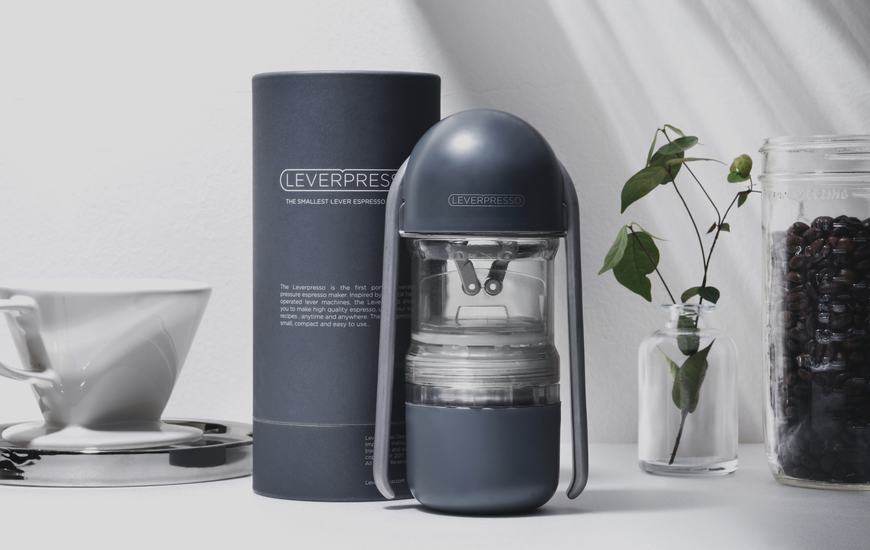 “It was encouraging, because a manual espresso maker is a niche product. You simply can’t sell it locally first and then upscale to reach the global market. You need to go global right from the get go” claims the CEO and adds that the Kickstarter campaign was much more of a marketing move that a typical fund gathering initiative. “We wanted to get preorders, see how many people are interested in our product. Of course we did some development in the meantime, but it wasn’t the our main focus at that point”, says Kim.

Levepresso is an example of what affordable rapid prototyping solutions can do for a business at early stages of development. “I really appreciate reliability and quality of Zortrax. We could focus on developing our product without bothering ourselves with 3D printing technicalities”, claims the CEO.

Having a successful Kickstarter campaign behind, Levepresso gears up to hit the mass market within two months. “We’re currently visiting various trade fairs educating people about coffee, about espresso brewing techniques and about where the Leverpresso fits in the coffee making landscape. Think we will be on the market in May or June 2018”, says Kim.