We have designed Zortrax HEPA Cover, a filtering device you can attach on top of Zortrax M200 and M200 Plus 3D printers, to solve three main issues with the 3D printing process. First, the device keeps the temperature inside the printing chamber stable to reduce warping of ABS-based materials. An electric fan is there to make sure it doesn’t get too hot or too cold in there.

Second, the fan blows the air from inside the printing chamber through a built-in carbon filter to get rid of unpleasant smells. Third, before getting outside, the air also goes through a HEPA filter catching over 99% of particles emitted by heated thermoplastics. And since safety of 3D printers has been extensively researched and debated in the last few years, we’d like to elaborate a little more on the issue.

Recent studies have shown that a working 3D printer emits varying quantities of ultra fine particles (UFP). Precisely, peak emissions for 3D printing with ABS-based materials consist of particles in the 14 nm to 49 nm size range. Printing with PLA results in emitting slightly less, slightly larger particles, however those still qualify as nanoscale objects with sizes below 100 nm. HEPA filters, on the other hand, have been designed to filter out particles of above 300 nm in diameter. So, how a sieve with a 300 nm opening can catch an object that is up 30 times smaller? 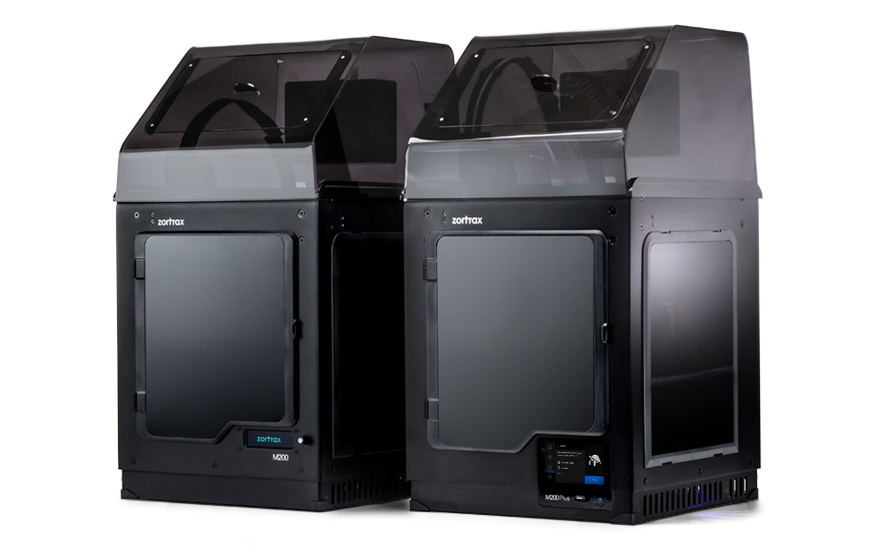 Fabbaloo’s Kerry Stevenson went as far as to say that UFPs would “pass through standard HEPA filters, blowing the UFPs into your workplace“. Let’s make one thing clear: UFPs DON’T pass through HEPA filters blowing into your workplace. Somewhat counterintuitively, the smaller the particles the more effective HEPA filters become at filtering them out. It is so, because at nanoscale, below 100 nm, things start to behave a bit weird. Here’s how it works.

Stevenson’s argument would have been valid if UFPs flew in straight lines. But they don’t. Instead, they are subject to so called Brownian motions, they fly all over the place along seemingly random, constantly changing trajectories. Those random movements happen because particles below 100 nm change direction in consequence of thousands and thousands collisions with high-speed molecules of air. Think of a billiard ball bouncing off countless other billiard balls rolling at high speeds on the table. That’s why a nanoparticle flying through a HEPA filter is extremely likely to find itself near one of the filter’s fibers at some point of time. And when it gets there, it irreversibly sticks to this fiber. What makes it stick is a molecular attraction known as the van der Waals forces. 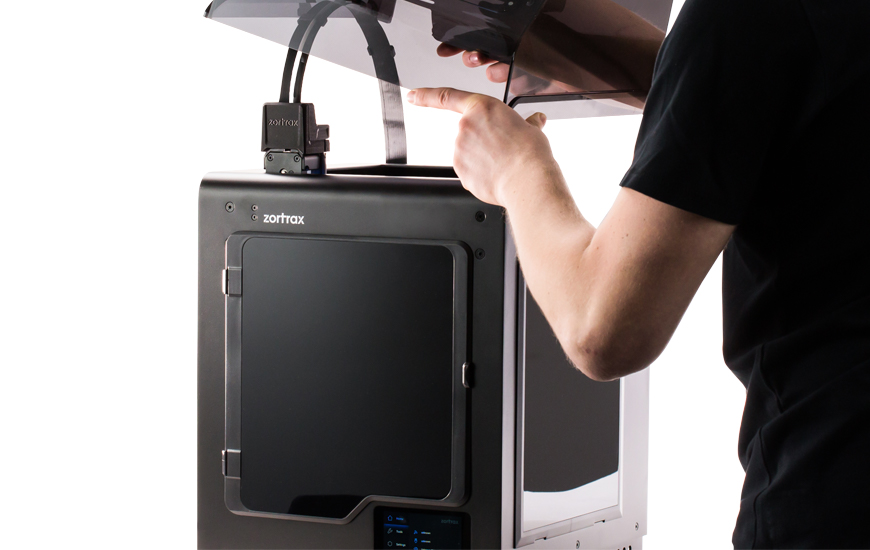 They are also the reason why UFPs stick to fibers in HEPA filters when they get sufficiently close to them. That’s why the smaller the particle, the more likely it is to be caught in a HEPA filter. And it has been experimentally proven.

Nanosafe2 Project is a EU-funded initiative aimed at assessing risks related to nanoparticles exposure. One of the studies done under Nanosafe2 back in 2008 sought to find out how conventional safety measures like HEPA filters performed specifically at filtering out nanoparticles. A team of researchers at CEA-Grenoble, France, led by Luana Golanski set up an experiment where graphite nanoparticles between 10 nm and 100 nm were blown through various popular filters like HEPA, ULPA, and protective clothing commonly used in industrial environments. As the scientists had predicted, the penetration rate decreased linearly with particles’ size. It turned out HEPA filters caught way above 99% of the UFPs. 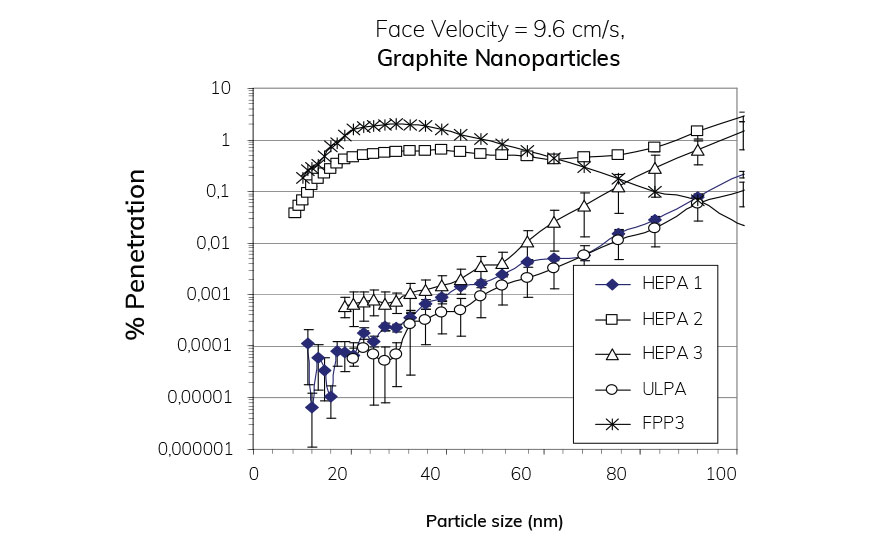 Results of the Golanski’s experiment: Particles size plotted against penetration rate. HEPA filters proved to be over 99% effective in catching the UFPs.

The most extensive research on the safety of desktop 3D printers done at Georgia Tech back in 2017 advised prudence. Zortrax HEPA Cover is a readily available, affordable device that reduces warping of ABS-based materials and gets rid of unpleasant smells. It’s also one of the most effective solutions when you want to be prudent.