Think about your childhood for a second. Do you remember all those times you heard something along the lines ‘Come home and do your homework!’ while you were playing? You probably were quite miserable while hearing that and might have thrown a fit or two that your parents or guardians made you focus on your education and limited your time to have fun. After all those years, you have to admit they were right as knowledge helped you become who you are now. The thing is, one shouldn’t dismiss children’s games easily as they also impact your adult life. This project will show you why exactly.

Going Back to the Roots

The games you used to play in childhood could’ve affected your life in many ways. Most importantly, they were the means to aid you in developing your cognitive abilities. This means they had impact on your perception, memory, motor skills, language, attention, executive functions or visual and spatial processing. Also, the games played a vital role in forming your adaptive behavior and social skills. And all that, while you were having fun. Setting the psychological and behavioral matters aside for a while, children’s games can also be an inspiration for your career path or some of your projects. That was the case with Snigdha Nanduri. See for yourself.

As the years went by and technology made itself at home in every aspect of our lives, the games kids play obviously changed. The traditional ones like hide and seek or hopscotch started to get replaced by video games. But what if one combines tradition and technology and uses it as inspiration for designing tangible user interface? Snigdha Nanduri, Asanka Withanaarachchi and Mattia Becatti came up with an answer, the Blind & Seek device. It was obviously inspired by the well-known hide and seek but this version of the game comes with a challenging catch inspired by the blindfold game. The user cannot rely on his sight but still has to catch the other players. Thankfully, the device acts as a truly modern blindfold and it’s equipped with sensors that make winning the game easier. 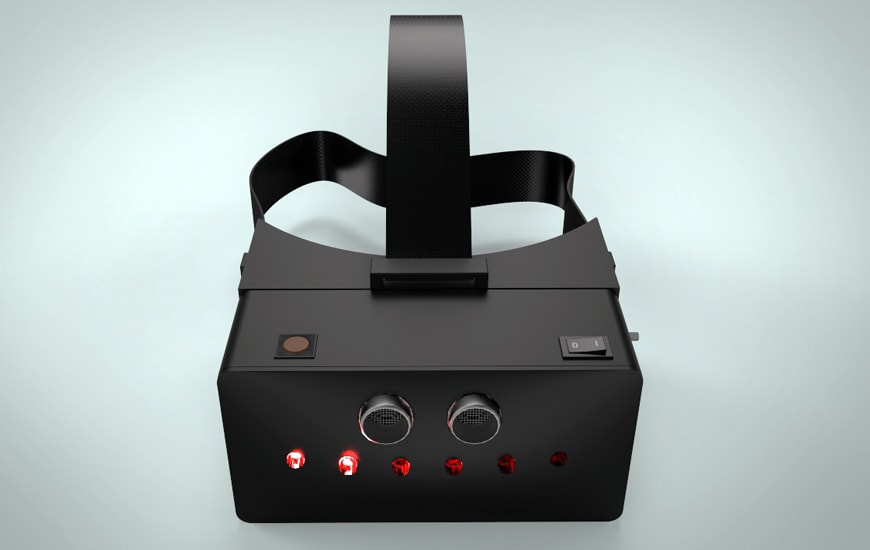 In the two-minute game, the device functions as an aid to the temporarily disturbed visual and spatial processing. Without the possibility to use your eyes, you become more dependent on your other senses, mostly hearing, smell, touch and the newly developed sixth sense – technology. The device is equipped with a proximity sensor, piezo buzzer, potentiometer and LED lights to transmit and help process the distance data as well as indicate it. The proximity sensor and potentiometer are used to determine the distance in two ranges: short and long. The first one is from 0.4 to 15.7 inches (1 – 40 cm) and the second one 15.7 to 118 in (9,83 ft, 3 m). The buzzer and LEDs act as indicators of the distance and work in sync. If the user is close to catching another one, the buzzer goes off and the LEDs light up. That’s how you play now, kids. 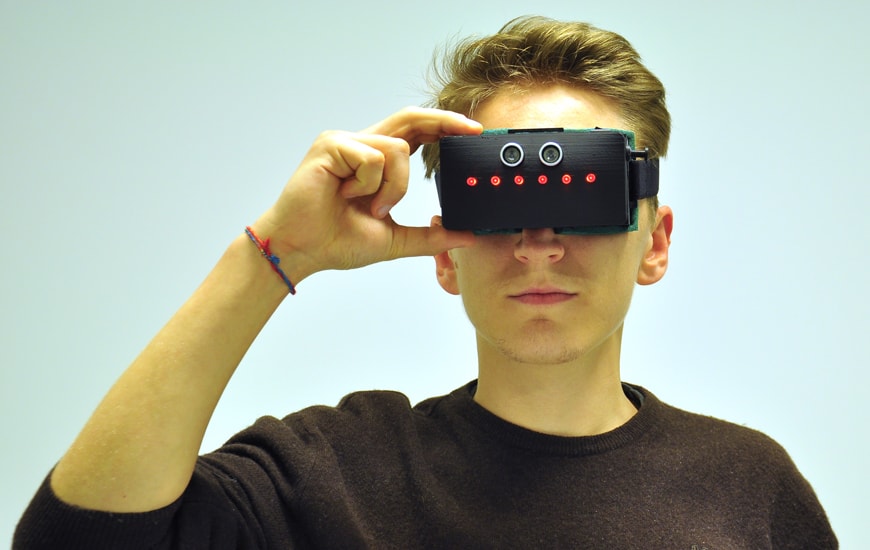 As the inspiration for the device was both tradition and technology, the blindfold theme was kept but with a modern twist. That’s why the design resembles a VR headset. The designers extended the use of technology and decided to apply 3D printing to the project. As the device is equipped with electronics, the use of 3D printed casing significantly reduced its overall weight. Both the original prototype and end-use device were 3D printed on Zortrax M200. The first prototype’s casing was 3D printed in Z-ABS. After testing and, well, playing, the designers defined the pros and cons of the project and quickly made some improvements to the design so it would fit all the components perfectly and be more comfortable to the user. The end-use device was 3D printed in black Z-HIPS to make sure it’s extra durable as well as to save time on post-processing due to material’s matte finish. The designers added an elastic band so that it would fit every user without worrying about the device sliding off.

It’s all fun and games, but the Blind and Seek also presents the possibilities of applying technology to aid the visually-impaired and invent and develop dedicated devices. The use of sensors and audio feedback helps in determining the distance, which is difficult without the use of sight. We’re glad Zortrax Ecosystem was put to good use and helped create such a clever device. That’s from the more technological point of view. But, the device is still used to play a game and as we established above, the games can help children in developing social skills as well as raise their social awareness. While having fun, kids experience the harmless, temporary loss of sight so they become more sensitive to the problems the visually-impaired face every day.