As each of us have a plenty of great moments and ideas worth capturing, it’s always great to be equipped with a good camera. However, when the conditions or activities you perform get really extreme, your device may need some support to keep the quality on the highest level. Apparently, special rigs, stabilizers and mounts can appear as gadgets you simply need in your life. 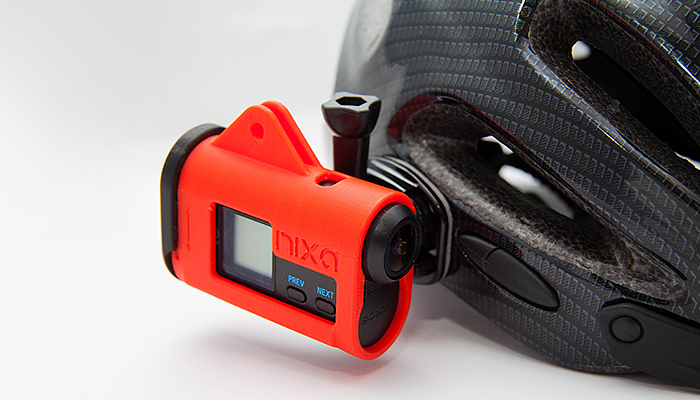 Ever wondered what is the real cause of the poor quality of the film made by the camera? Of course any shivers and disturbances that happen during the filming are quite responsible for that but the real root of the problem that you can actually see on your screen is so called moiré effect. To put it really simple it is the appearance of the pattern where two sets of parallel lines are superimposed and at the same time one of them is being of a different size or angle. In practice, this popular and unwanted effect can visibly decrease the quality of each film. Those of you who would like to see this effect presented in one of our 3D printed models – the Mighty Cube can see it in this blogpost.

To fight this highly unwelcomed effect the team from Nixa, a company that deals with 3D printing services decided to take matters in their hands. Bearing in mind the average prices of that can put off most of the filming amateurs and make the devices limited only to filming pros, guys from Nixa decided to make their own models in a cool and inexpensive way. The helping hand came from the 3D printing technology offered by Zortrax, precisely from the flagship product known under the name of Zortrax M200 and the Zortrax Ecosystem. Thanks to these the Nixa team was able to design, 3D print and offer high quality end use products to the world. Because of the freedom of design given by the technology, Nixa could create products that are solid, highly functional and adjusted to the models of the most common sport cameras like GoPro or Sony Action Cam.

The gimbals 3D printed by Nixa are in fact the most advanced tools, designed mainly to provide the necessary support to the camera, allowing it to move smoothly on three axes. The stabilizer is made entirely from the 3D printed elements apart from the pieces that constitute its mechanism like gyroscope, accelerometers, brushless motors and 32 bit processor. The motors are mainly responsibly for keeping the steady movement of the camera by keeping the proper level and reducing shakes. The model presented by Nixa was designed to operate it by holding it in a hand, however such models can be redesigned and 3D printed in a form suitable to mount them on a car or a drone. 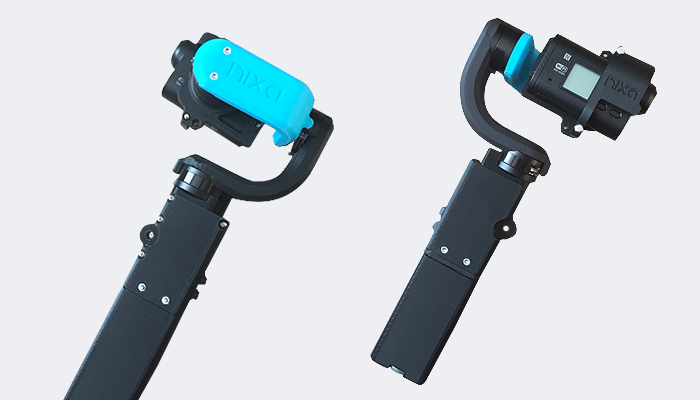 Fig-Rig is yet another model 3D printed by Nixa and highly useful for all devoted to filming. This smart accessory may look quite simple, but it is designed in a way that allows the user to hold it with both hands so the weight of the object is spread which eventually reduces shaking . The central part of the rig is the place where the camera should be mounted and the upper part is perfect for attaching a LED lamp to it, making the rig a professional tool that you can start your filming adventure with. 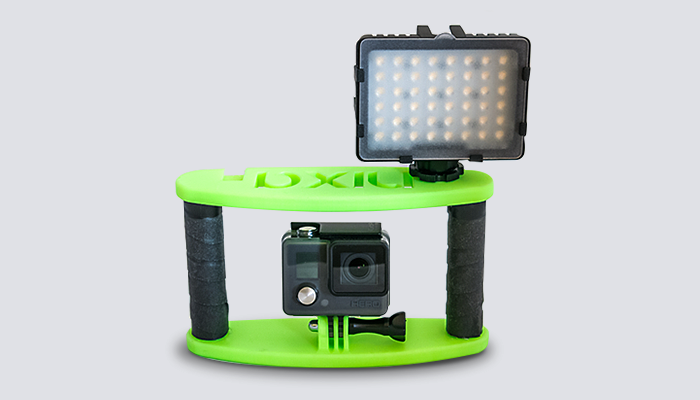 Got a Crush on a Nut-Crusher?

The characteristic feature of the Nut-Crusher mounting clamp is its shape that allows to attach it to round shapes. Thank to the use of Zortrax printing materials and a special clamping ring the accessory is in fact more durable and resistant than the typical camera clamps. The rounded shape and the scallops of the 3D printed part make the accessory similar to a typical nut- crusher appliance, but in practice their role is to provide a better grip and the stability of the clamp. 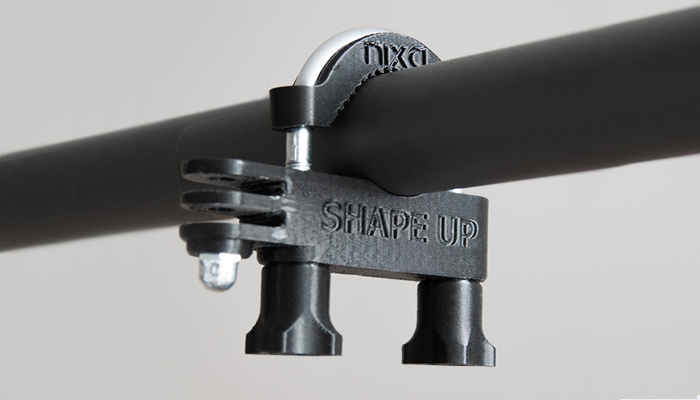 Make it Smooth and Sharp

Such quality of your films is possible with Shark. This product is definitely worth mentioning thanks to its universality. Shark is in fact a 3D printed case that you can put your camera into and mount them almost everywhere. Because of the double mounting system, you can decide in what way you want to record your films and choose where to place the camera. As it is visible in the pictures Shark can work well mounted to the mirror of your car, helmet or even a tennis rocket (with a little help of the previously mentioned Nut-Crusher). The options are in fact multiple and limited only by your imagination. 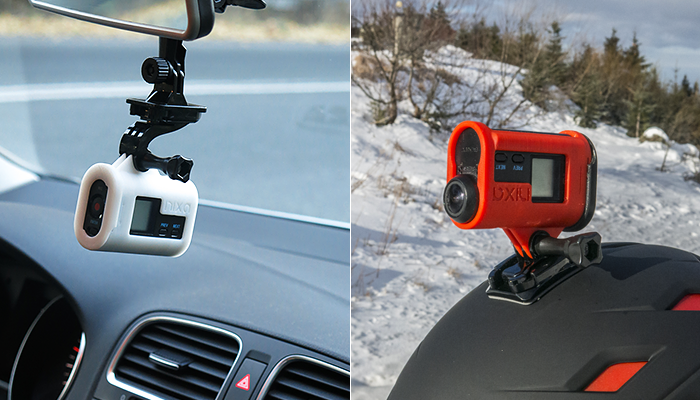 Seeing the models made by Nixa and the quality of the films proves that 3D printing technology can be well used in producing filming accessories. Most of the models were created using Z-ABS – one of the most economical printing material from the Zortrax offer. Those interested in getting themselves such accessories can find ready to download files in the Zortrax Library and 3D print them.