An astronaut on a spacewalk around the International Space Station. Credits: NASA/JSC.

The International Space Station (ISS) is the largest human-made body in the low Earth orbit. Sixteen modules, launched and assembled from 1998 to 2011, provide 32,898 cu ft of pressurized volume for a crew of 6 astronauts to do research in physics, astrobiology, astronomy, space medicine, life sciences, and many other fields. Keeping the ISS operational sometimes requires maintenance to be done outside the station, in the harsh and hostile space environment. Astronauts do this during extravehicular activities or EVA’s, commonly referred to as spacewalks.

So far, there have been over 200 such spacewalks devoted to adding new modules and keeping the existing ones in good technical shape—more than 1250 hours spent in space. All this work would not have been possible without thoroughly designed tools. Designing them is a job of engineers at NASA Johnson Space Center in Houston aided by Zortrax M200 and M300 3D printers.

An astronaut performing maintenance tasks during a spacewalk outside the ISS. Credits: NASA/JSC.

NASA divides its tasks down into two main categories: nominal, and off-nominal. The former are all things the agency is comfortably able to plan for in advance. Engineers can take their time in prototyping tools for nominal tasks as most of the relevant variables are known beforehand: what are the mission’s technical requirements, what are the conditions the tool is going to be used in, what it is supposed to accomplish. Since the development process of space-related technologies is relatively lengthy, the most of nominal tools being used at the ISS today are described in EVA Tools and Equipment Reference Book issued by NASA JSC back in November 1993. There has been no need to update it since then.

Tools for off-nominal tasks, though, are an entirely different story. Such devices are needed for dealing with the unexpected. The team at NASA JSC has to design, prototype, test, and deliver tools for very specific scenarios on short notice. This is usually where rapid prototyping technologies like 3D printing come into play.

The ISS seen from a departing spacecraft. Credits: NASA.

Challenges NASA engineers face in designing the tools for EVAs arise from extreme conditions the station operates in. The ISS is orbiting the Earth roughly 250 mi above the surface at a staggering 17,200 mph. Every 24 hours, it goes through 16 cycles of light and darkness.

While Earth’s gravity at the station’s altitude is more or less the same as the one we experience on the ground, the ISS, like all other objects in orbit, is in a continuous state of free fall resulting in apparent weightlessness. With no air to conduct heat, the Sun-facing side of the ISS is exposed to over 250 degrees F while the dark side, at the same time, goes as low as minus 250 F. Same differences in temperatures between the shade and sunlight apply to astronauts and their tools working outside without thermal control systems to protect them.

To survive and operate in space, astronauts wear two-piece, semi-rigid Extravehicular Mobility Units (EMUs) commonly referred to as spacesuits. EMUs offer a hair above 8 hours of life support and provide operating pressure of 29.6 kPa, but they are very uncomfortable making precise hand movements difficult due to pressurized gloves.

The tools’ design process starts when an astronaut, an EVA planner, or someone else will realize that a certain tool is needed that doesn’t already exist. Various stakeholders will get together formally and informally to start determining the tool requirements. Then the team will start to brainstorm ideas and usually model up concepts in CAD. These days, with the advent of additive manufacturing, the team also ends up 3D printing prototypes useful in determining which concepts are better than others. Engineers then continue to iterate on designs keeping the relevant stakeholders informed and getting their opinion as the designs get more and more detailed. Eventually, the final concept is selected and the rest of the team’s effort is focused on ensuring that design will work in space.

To an extent, space as the tools’ intended environment determines which post-processing techniques make sense for NASA JSC engineers. Each 3D printed model needs a few finishing touches to be done. The first step is to remove support structures. Then the team goes on to drilling holes depending on the exact size needed and adding thread holes where necessary. Next goes installing inserts and sometimes sanding of edges.

Because the tools for astronauts require impeccable dimensional accuracy, the team initially had minor issues with holes’ diameters turning out to be slightly lower than intended due to shrinkage, an inherent property of all ABS-based materials. The problem has been solved by adjusting appropriate advanced settings in Z-SUITE. Specifically, the engineers utilized the OFFSET feature, an option that allows a user to modify outer contours and holes dimensions of a model, to control for shrinkage. Overall, the team 3D prints with three dedicated Zortrax materials: Z-ABS, Z-HIPS, and Z-ULTRAT. Parts of tools intended for space are very rarely glued, as most of known glues would not withstand extreme temperatures around the ISS. Hence, the tools are designed to be bolted, rather than glued together.

Having the design chosen and 3D printed, the team proceeds to the testing phase. Back in March 2015, when NASA JSC bought the first Zortrax 3D printer, prototypes 3D printed with Z-ABS provided a means to hold the tool in hand early in the process and get rid of the design flaws that had eluded the engineers during the CAD modeling stage. However, with stronger materials like Z-ULTRAT, the team opted for running more demanding tests on 3D printed tools. Today, functional 3D printed prototypes undergo tests in Neutral Buoyancy Laboratory (NBL), a vast pool located at NASA JSC’s property.

Astronauts during a test and training session at the NBL. Credits: NASA/JSC.

The NBL is 202 ft long, 102 ft wide, and 40 ft deep containing 6.2 million gallons of water—enough to hold full-scale mock-ups of the ISS modules. Because the facility is used for astronauts’ training, it also provides an opportunity to test various tools’ designs. The goal of using 3D printed prototypes at the NBL is to determine reach and access into worksites.

After the NBL testing phase is done, 3D printed prototypes have served their purpose. Further tests like putting tools into vacuum or thermal chambers are performed with devices made of end-use materials suitable for space environment.

Predictably, the time needed for the prototyping process depends on the tool and its complexity. The urgency or need date of the tool can also determine how quickly the team has to deliver a finalized design. For simple tools, the NASA JSC engineers have been able to design, build, test, and deliver a fully functional device within 3 weeks. Currently though, the team is involved in a very complex project with 3 years of lead time.

Astronaut Mark Vande Hei using the end-use version of an EVA GoPro casing during a spacewalk on Oct. 10, 2017. Credits: NASA.

Engineers at NASA JSC have been using the Zortrax M200 since March 2015 and the Zortrax M300 since April 2017. As of January 25 2018, the 3D printers have had slightly over 3000 hours of runtime: 2163 hours on the M200 and 838 hours on the M300 respectively. During that time, both machines combined 3D printed over 1350 parts in nearly 450 work cycles. The Eva GoPro, a casing for a popular video camera that provides a handheld High Definition video option for astronauts on spacewalks is one of the tools prototyped on Zortrax machines. It’s been used on multiple spacewalks since 2015. During the development process, NASA JSC engineers 3D printed different concepts for how to contain this camera so it could work in space.

Another example are tools designed for NEEMO, one of the NASA’s permanent analog missions set underwater to replicate conditions astronauts experience in space. In support of the NEEMO 20 mission, the nail holder was produced with the Zortrax M200 3D printer at the request of the aquanauts, NASA crews working underwater. They were in need of a better way to hold nails, which they were using to mark locations in which they sampled the coral reef. The engineers at NASA JSC designed, modeled, and 3D printed the holder as specified and had it delivered to the aquanauts within 24 hours. 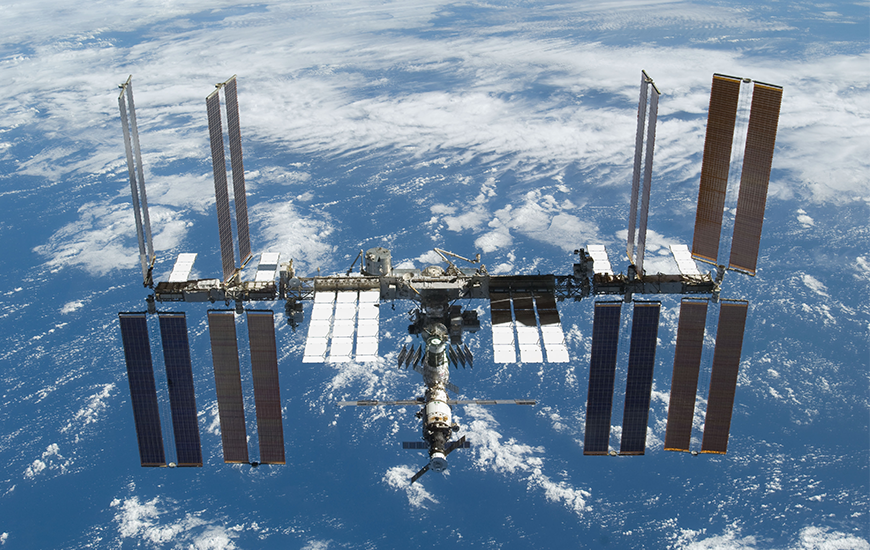 Before getting Zortrax 3D printers, NASA JSC engineers would make prototypes out of metal. They’d use the same process as they do now, modeling their concepts in CAD, making drawings, and having them machined at a machine shop. However, they were not able to iterate on their designs as much as they do today due to relatively high cost of CNC machining parts out of metal. Other 3D printers were being used around at NASA JSC at that time, but only a couple of people had them.

Once 3D printers started becoming more affordable, it made sense for the JSC’s tools’ prototyping team to get a couple for themselves to allow more freedom and access. At the height of their design process they had their M200 and M300 running nearly every single day for multiple months. They claim the machines are critical to their process.