Hundreds of thousands of tons of the most advanced scientific equipment on Earth spitting out 15 petabytes of data per year, and Juan Roberto Vásquez, the CEO of Indissoluble, had turn it into educational entertainment somehow. His company, a design and communications firm based in Barcelona, Spain, had been contracted by CERN, the European Organization for Nuclear Research operating the Large Hadron Collider, the biggest machine in the history of humankind buried deep beneath the ground near Geneva, Switzerland, to arrange exhibition spaces in those few parts of the huge complex available to visitors. Things over which top talent physicist argued at countless conferences, sometimes barely understanding each other, had to be conveyed in an engaging, aesthetically pleasing way accessible to the general public. It was Richard Feynman, the Nobel Prize winner in physics, who once said if you thought you understood quantum mechanics, you really didn’t, and yet Vásquez’s job was to make people understand against all odds. Indissoluble went for a selection of the latest technological achievements, interactive screens, video mapping, cleverly designed lighting, and detailed models, to arrange the exhibitions. For modeling, the company chose the Zortrax Ecosystem, Z-SUITE slicer software, 8 M200 3D printers, and our dedicated materials. The battle to lift Feynman’s curse was on. 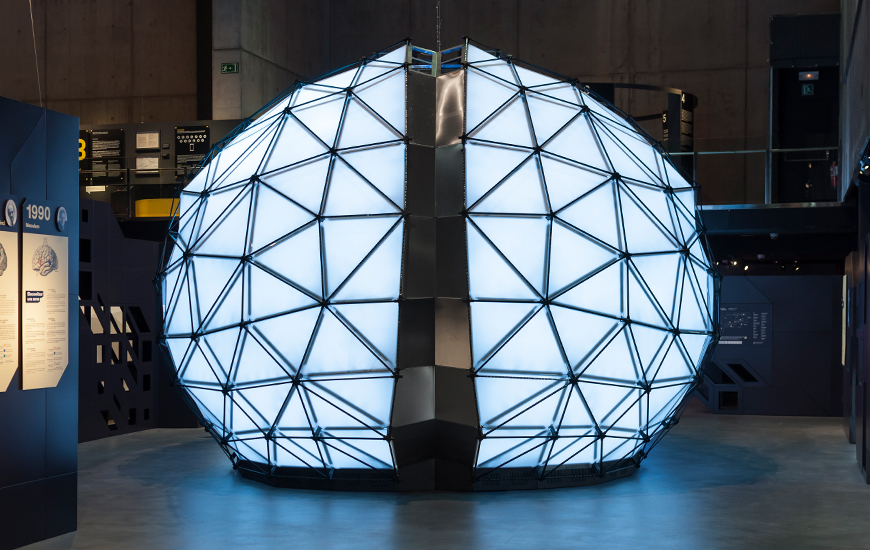 The LHC accelerates particles nearly to the speed of light and crashes them into each other to recreate the conditions we believe to have existed tiniest fractions of a second after the Big Bang. The collider is contained in a circular tunnel with a 17 mi circumference. Seven detectors are squeezed into vast caverns excavated at its intersection points. It takes 170 data centers located in 42 countries to store and analyze the results of the LHC’s experiments. “Our first exhibition for CERN was titled Microcosm. The idea was to take visitors on a journey through all the key installations beginning with particles from a bottle of hydrogen, through the network of accelerators, to collisions inside the detectors”, says Vásquez. The exhibition has been opened in January 2016 next to CERN’s reception and featured physicist as much as physics. CERN’s scientists were talking visitors through their work from interactive screens large enough to make them appear as real humans. There was even a part themed “Theorist Office” with cluttered desks- keyboards, coffee mugs and pencils arranged in disarray to hint at absentmindedness of people consumed entirely by unraveling mysteries of the universe. All of those items had been 3D-printed with Zortrax machines and materials. But Indissoluble didn’t end there. 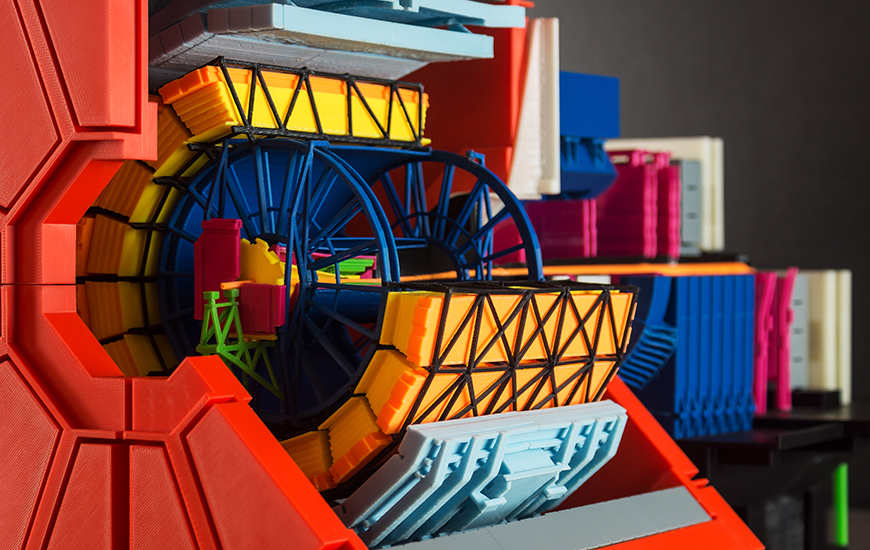 Vásquez wanted the journey to continue on to the detectors, sometimes called experiments. The first on their list was ALICE, a detector on the French side of the border, more than a mile away from CERN, designed to study quark-gluon plasma, a state of matter where quarks and gluons are freed from heavy nuclei of lead particles colliding head-on at enormous velocities. Deep into the ALICE cavern, Vásquez arranged another exhibition. A 1:50 scale cross-section model of ALICE, 3D-printed with 8 M200s working simultaneously, is one of the more prominent parts of the exposition. “ALICE is an incredibly complicated piece of machinery”, says Vásquez.  He means it. The detector is nearly 86 ft long, over 52 ft long and wide, and weighs more than 10,000 tons. The collisions taking place inside create temperatures 100,000 times higher than those at the core of the sun. “Getting every detail right was challenging, yet people at CERN were wonderful to work with. We had lots of consultations. They even sent us their old, traditionally made model”, says Vásquez. The work on the 1:50 scale ALICE cross-section began when the old model arrived at Indissoluble’s office. Vásquez had his technicians and designers analyze it thoroughly to create an exact match in CAD software. “Once this was done. We fed it to Z-SUITE”, says the CEO. Z-SUITE, in turn, split the model into easily printable parts and 8 M200s, each having its fair share of work and Z-ULTRAT spools, started to work their magic. And they performed second to none, as they always do.

The Mystery of Existence 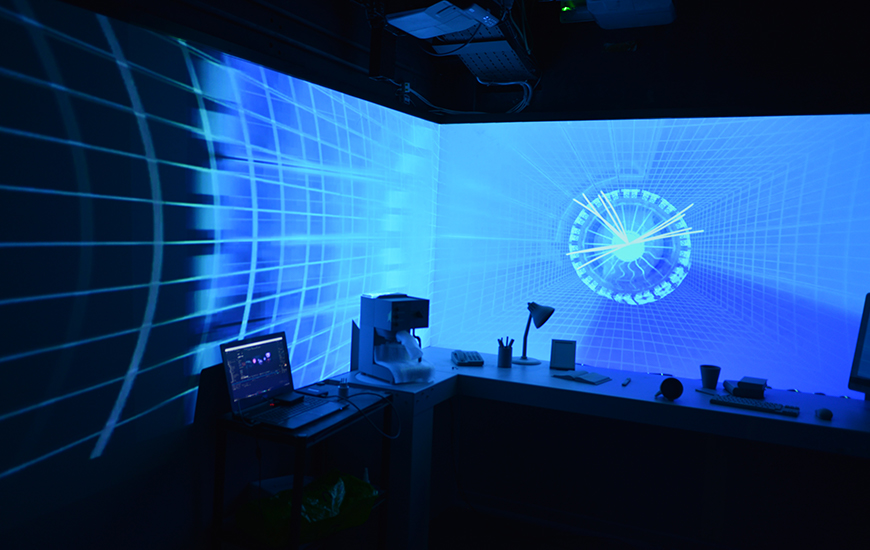 “First thing that comes to my mind when I think about Zortrax Ecosystem is reliability”, says Vásquez. Our 3D printers were running nearly for a month, almost 24/7, without a single failure to get the job done for CERN. “Next thing in line was the ease of use. We learned to operate the hardware and software surprisingly quickly, no issues at all”, adds the CEO. But the Zortrax Ecosystem has had an even deeper impact on Indissoluble. “3D printers changed our design process, the way we think about carrying our ideas out”, says Vásquez. Befor weaving 3D printing technology into their business operations, Indissoluble used traditional modeling techniques. “Lots of them we still use today, but the main advantage a 3D printer gives us is the ability to rapidly design and manufacture incredibly detailed parts that go into our models. For many things we do today, additive manufacturing is an enabling technology”, he adds. The level of detail guaranteed by M200 3D printers contributed to the overall effect of ALICE exhibition fitted into a red container placed over the detector itself. It’s there to explain the experiment’s mission and tell its powerful story- the story of over 10,000 scientists from over 100 countries that came together and pulled off the greatest feat of engineering ever attempted to explain the origins of everything. We’re glad to help telling it. 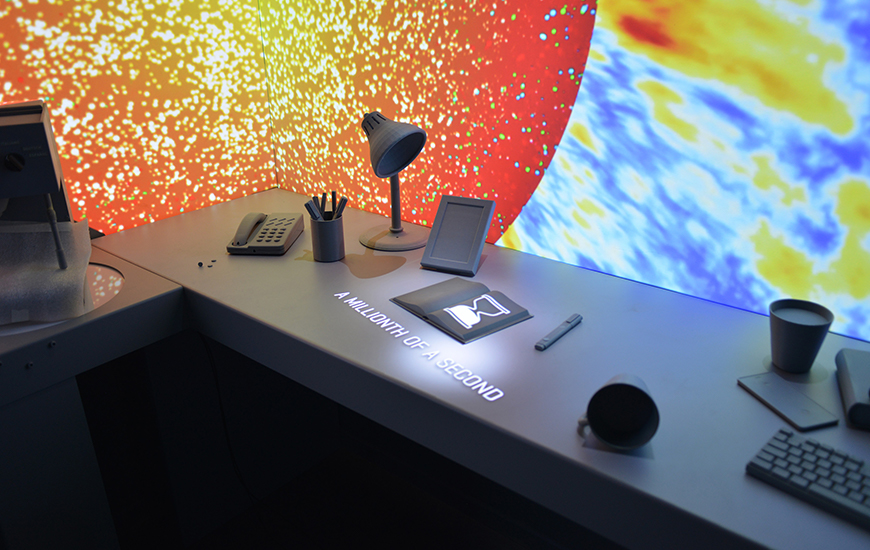 To find out more about how Zortrax Ecosystem can aid scientific endeavors, have a look at the story about developing Ares Mars rovers at the Warsaw University of Technology. Our 3D printers have also been used in modeling an artificial heart.