3D printing takes place in very high temperatures, but despite this the process is very safe. Printers don’t need any special space, they can be used in any office. Therefore, how is the heat removed?

Such high temperatures might cause serious burns or, if the device is not properly secured, accidents such as fires. However, with plug & play printers such as Zortrax 3D printers you don’t have to fear any of these. Such devices have passed muster for all required certification and as long as they’re used according to the manual, there is no danger for your health and safety.

How Does the Printer Remove Heat?

Such a high temperature has to be released by the 3D printer in one form or another. Because of this and due to the fact that the printing involves melting materials such as Z-ABS the 3D printer ought to be located in a well ventilated room. The printer itself will take car of the rest. First of all, its open structure makes it possible for heat to flow out easily, even after the additional side covers are installed. Moreover, the bottom part of the Zortrax 3D printer contains dedicated slits which allow for efficient cooling. The motherboard of the printer is equipped with a 600 by 600 mm fan. 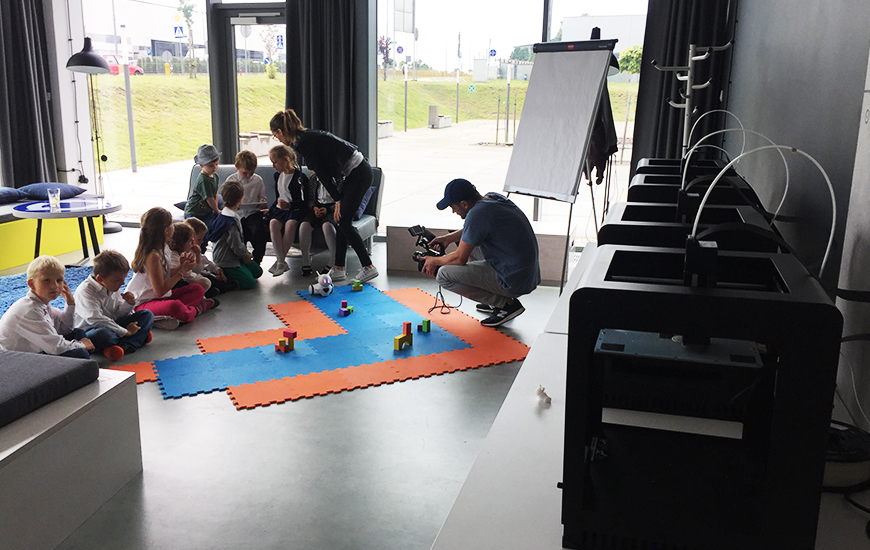 Only at sufficient temperatures can the extruder provide a high enough quality of 3D model. The same applies to the platform where the model is created. However, we, the 3D printer’s users, won’t feel these temperatures at all. Polish 3D printers by Zortrax are built so as to be as uninvasive as possible and cause their owners as few problems as possible. Therefore, you can use your 3D printer and not fear any dangers. The high temperatures have no detrimental effect on the device’s longevity. Every element is properly configured and secured, so there’s no risk of overheating and serious malfunction.

The high temperature of operation is one of the defining characteristics of 3D printing, and it shouldn’t be seen as a disadvantage. The heating of the extruder before printing commences happens quickly and doesn’t require any additional input on the user’s side. Cooling down after work is finished also happens without problems. Moreover, the 3D printers comes with a set of protective gloves which let you handle the model without any risk of burning yourself. As long as you follow the manual, don’t worry about the removal of heat from the printer nor about any danger that the temperature might bring about.

3D printing is a fantastic technology which offers immense possibilities and nowadays, thanks to plug & play 3D printers, is available to anyone. A desktop Zortrax M200 printer can be used either at home or at work, and you can start your 3D-printing adventure after just a few minutes of configuration. Still, you need to remember that the 3D printing process is a very advanced technology and requires very high temperatures. However, the heat is efficiently removed and you won’t feel it even when you’re in the same room. It’s comparable to the operation of a server or a large PC.