Céline Goberville, a top-level athlete representing French national team, will compete  in 10 m Air Pistol shooting on the European Shooting Championship using custom-made pistol grip 3D printed on the Zortrax M300 Dual. The grip has been designed and manufactured by Athletics 3D, a company making personalized sports gear for professional athletes, that employs Zortrax 3D printers in a vast majority of its projects.

Céline Goberville is one of the most decorated female shooters and a force to be reckoned with in her discipline. She is an olympic silver medalist, three times world cup winner and three times European champion. Along with her sister Sandrine, who is also a competitive shooter and a French national champion, Céline has been training since she was a child.
“Me and my sister were born on a shooting range. Guess I can put it that way. Both our parents were on the French national shooting team. Father, who is now our coach, competed in a rifle. Mother specialized in a pistol”, says Céline.

According to her, she was brought to the shooting range by her parents and started competing very early in her life.

“Qualifications for the European Championship were the first major event I was participating in back when I was a junior. Obviously this competition means a lot for me”, says Céline.

The Importance of Technology

In the 10 m Air Pistol shooting, Céline shoots with a 4.5 mm caliber air pistol at a distance of 10 meters. Both she and Sandrine use CM 162el pistols made by the Swiss company Morini. 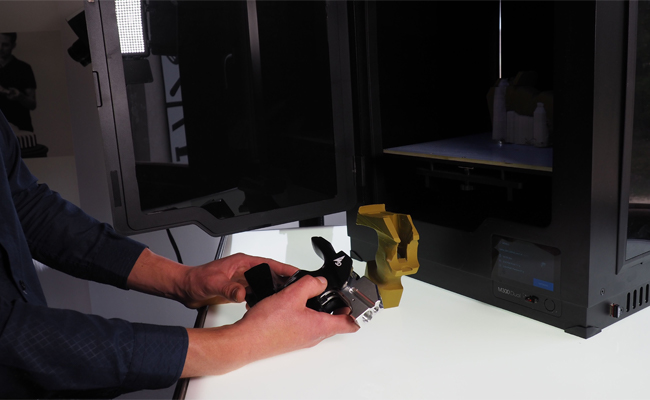 Two different iterations of the pistol grip 3D printed on the M300 Dual by Athletics 3D.

This model is based on the design Morini introduced back in 1992 and produced in mostly unchanged form till today.The equipment has proved to be spot-on, and been used by multiple Olympic champions in 10 meter shooting. Morini ships them with standard walnut grips that are a great fit for most shooters, but almost all of the top level athletes have their grips custom-made and shaped to their own hand. 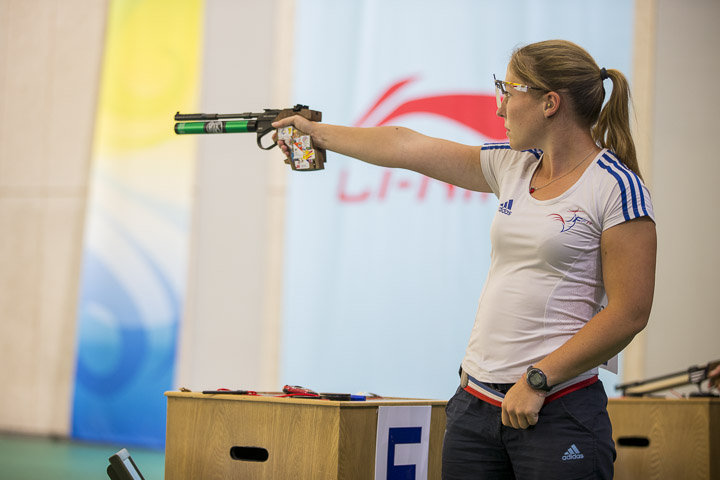 “I believe the technology contributes between 30% to 40% to the final result”, says Céline. “You obviously need the equipment to fit perfectly and work properly at all times”, she adds.

Reliability and comfort are paramount since in a 10 m competitive pistol shooting the athlete spends one hour and 15 minutes with a gun in hand. Badly fitted grip causes the shooting hand to tire and this, in turn, affects accuracy.

To 3D print a custom pistol grip for Céline’s pistol, Clement Jacquelin, the CEO and founder of Athletics 3D started with making an exact replica of the original, walnut Morini grip. This step helped in getting the geometry right. 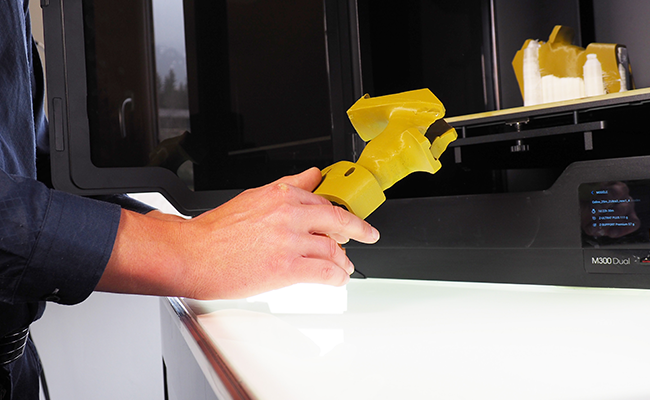 “The challenge here was that apart from external features like ergonomics, we had to take into account the internal design as well. The Morini grip has to house electronic and batteries which control and power the pistol”, says Jacquelin.

To get the internal architecture right, Athletics 3D used the M300 Dual in the dual extrusion mode. This way, support structures could be dissolved and rinsed out of the inside of the model. Z-ULTRAT Plus was the material used for the final grip.
“There are different approaches to choosing the right equipment. Some go for a strictly scientific approach with precise measurements and so on. We, on the other hand, shoot on feel. The pistol is right when it feels right on the shooting range”, says Céline.

This is why the team working at Athletics 3D had to print multiple grips, each slightly different from the others, for Céline and Sandrine to try out. “3D printing was the most cost-effective manufacturing technology for the job”, says Jacquelin. In one of her training sessions with the new grip, Céline scored 391 out of 400 possible points and tied the Olympic record.

Going for the Olympic Gold

The European Shooting Championship held in Croatia from May 22 to June 5, 2021 are the last major shooting event ahead of the Summer Olympics scheduled to begin in Tokyo on July 23, 2021. 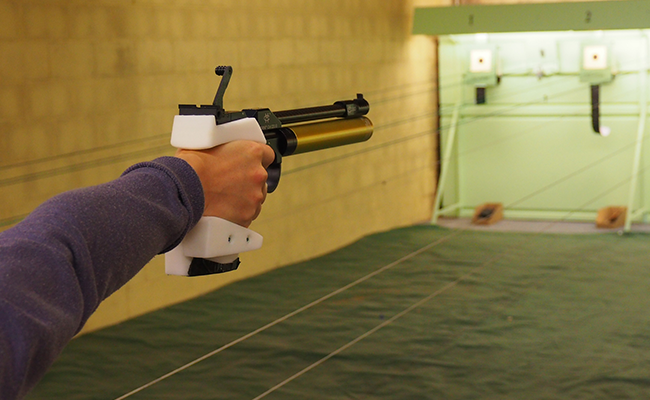 Celine Goberville shooting with a Morini pistol with a grip 3D printed on the Zortrax M300 Dual.

“Summer Olympics in Tokyo are the most important event this year. I’m aiming for gold there no less”, says Céline. Athletics 3D and their Zortrax 3D printers will continue to work to help her make that happen.

Check out how the cooperation between Goberville and Athletics 3D started!