Zortrax’s flagship 3D printer, the M200 Plus, has won a prestigious award in the ‘Good Design’ competition organized by the Institute of Industrial Design in Warsaw in the ‘New Technologies’ category. It has also been recognized by the Polish Minister of Culture and National Heritage. 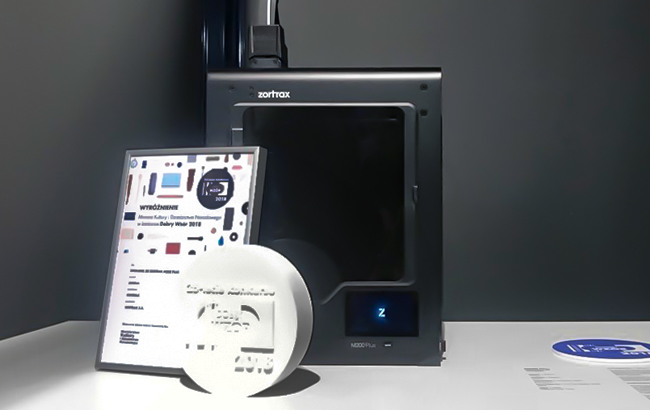 The jury of the competition, which took place on October 26th, appreciated Zortrax M200 Plus 3D printer for its functionality, reliability and ease of use. The desktop printer is reasonably priced and can be used by young designers and entrepreneurs to improve their businesses, but also to expand their creative and manufacturing capabilities. Zortrax 3D printers have a real impact on designing and prototyping in Poland and around the world.

Zortrax was awarded the prize along with ElectroTile and POWERKIT Qi, who are the manufacturers of solar roof tiles and wireless smartphone chargers respectively. In addition, the M200 Plus 3D printer was also recognized by the Minister of Culture and National Heritage. During his speech, the Minister stressed that the role of the Ministry is to support the best in Polish design. 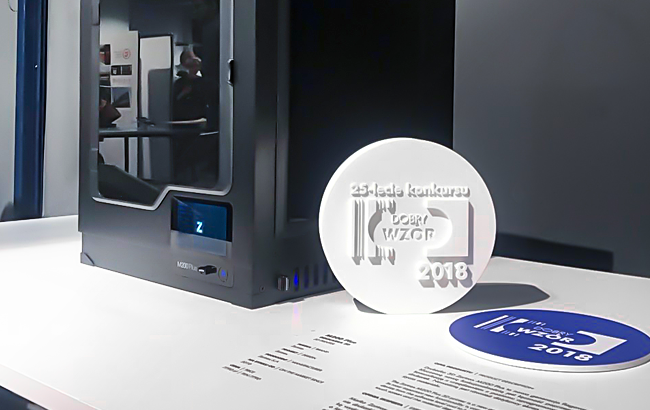 “We are grateful and pleased with this award. Simply being mentioned in such a prestigious group as this is a real honor for us. We want our products to be known for their reliability, highest quality and remarkable design. If they are additionally used by designers and artists while also creating new possibilities in the world of art, that’s even better. We could not be happier. We are proud that the Institute of Industrial Design has once again appreciated our designers” says Rafał Tomasiak, the CEO of Zortrax.

This is not the first award for Zortrax in this competition. In 2015, Zortrax Inventure also won in the category “New Technologies” and received a special award granted by the Industry Development Agency for the most innovative Polish product.