To design a user-friendly resin 3D printer is quite a challenge because resin 3D printing is a complex multi-stage process where lots of things can go wrong. Yet we have achieved just that in Zortrax Inkspire. Here are some of its most important features that make it easy to operate for everyone but extremely efficient at the same time.

UV LCD is Faster than SLA

In the leading SLA 3D printers a layer’s image is drawn on the photopolymer’s surface with a laser. Their speed of operation is therefore dependent on the distance the laser dot has to cover to draw each layer. Facts SLA 3D printers slow down when more of the workspace is used. Zortrax Inkspire needs 15 hours to print a cuboid taking up 100% of its workspace. A leading SLA 3D printer needs over 140 hours to print the same cuboid.  The longer the distance, the slower they work. In Zortrax Inkspire the entire layer is projected on the high resolution LCD screed with UV LED backlighting. There is no time needed for the laser to move because the entire layer is exposed to UV light all at once. The UV LCD technology is slightly faster than SLA even when there is only one, relatively small model to be 3D printed.

But when the entire workspace is filled by the model, the difference becomes dramatic. That’s why Zortrax Inkspire is up to 8x faster than a leading SLA 3D printer. 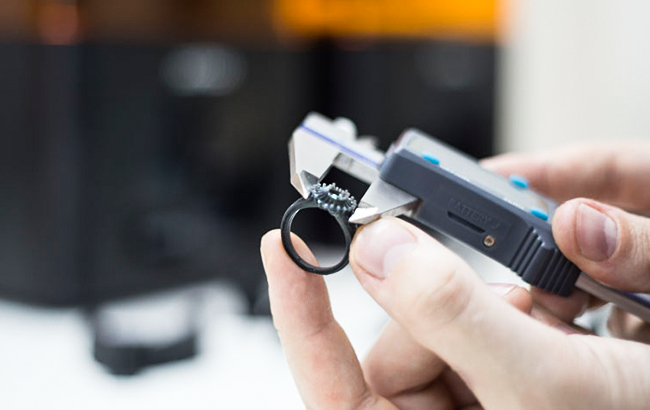 Besides SLA, there are also DLP resin 3D printers on the market. They are designed around a digital projector that casts the layer’s image onto the photopolymer’s surface. They can offer a decent XY resolution when the image is limited to a tiny part of the available workspace. But as with all digital projectors, when the image gets larger the pixels get bigger. That’s why most popular DLP 3D printers can work with relatively low XY resolution when the layer’s image has to be projected onto the entire workspace, not just the part of it. It’s always a quality vs quantity tradeoff. With Zortrax Inkspire there are no such tradeoffs. The precision is always there.

Speed and precision make Zortrax Inkspire a perfect tool for engineers working in research and development departments and at production lines in industries fromFacts Zortrax Inkspire can 3D print 77 HDMI cover caps in 51 min. 30 printers working together can make 650,000 caps per month running 8h a day. The output can go up to over 1,00,000 parts per month when the printers run 24/7. automotive through aerospace to consumer electronics. With specialized resins it can also work at jewelers’ workshops and dental prosthetics labs. But there are more possible applications. Working with relatively small models like HDMI cover caps, one Zortrax Inkspire can 3D print 77 of them in 51 min. 30 printers working together in a 3D printing farm can offer an approximate monthly output of 650,000 to over 1,000,000 parts (depending on how many shifts per day are scheduled). 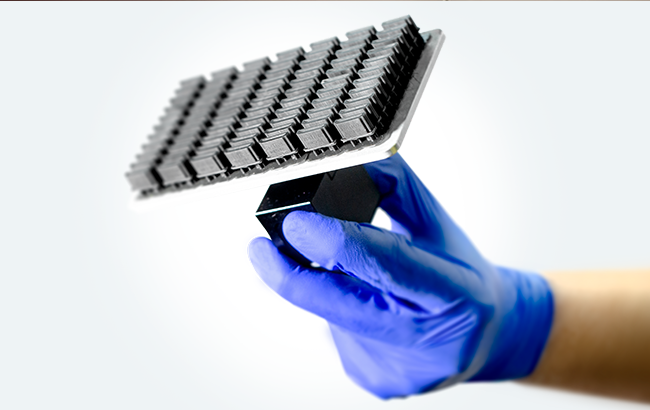 This is how Zortrax Inkspire can take a business way into medium or even high scale production territory.

Every 3D printer is only as good as its calibration procedure. Zortrax Inkspire is precise enough to 3D print details invisible to the unaided human eye, yet it can be calibrated by anyone in a few minutes.Facts Zortrax Inkspire has a simple calibration procedure. The build platform lowers all the way down to the LCD screen. If the build platform is exactly parallel to the screen, the printer is properly calibrated.  The process begins with the build platform lowering all the way down to the LCD screen. It should stop above it without touching it. The platform and the screen should be exactly parallel to each other. When they aren’t, the user needs to place a sheet of paper on the screen, loosen two stabilizing screws to make the platform rest freely on the paper, tighten up the same screws again and take the sheet of paper out. 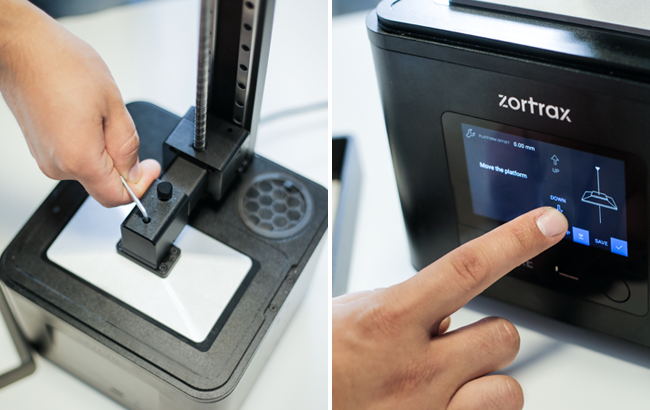 This way, the platform will stay in the correct position relative to the screen. That’s all it takes to calibrate Zortrax Inkspire.

Resin 3D printers print models cycling through two stages. First, a model’s layer is exposed to light to solidify the resin. Second, there is a few seconds ofFacts Zortrax Inkspire works by cycling through UV light exposure and rest stages. Time of exposure and time of rest can be changed as needed while the printer is running. While working with .zcodex files, it’s possible to set separate exposure times for the model and for the support structures.  rest before the process is repeated with the next layer. Those exposure and rest times can be set in the Zortrax Inkspire menu before the printers starts running, but they can also be adjusted on the fly. Advanced users can this way make the printing faster by cutting those times down. But there’s one more extra stage in Zortrax Inkspire. When the model loaded to the printer is in .zcodex file format, Zortrax Inkspire can distinguish which parts of each layer belong to the model itself and which belong to support structures. 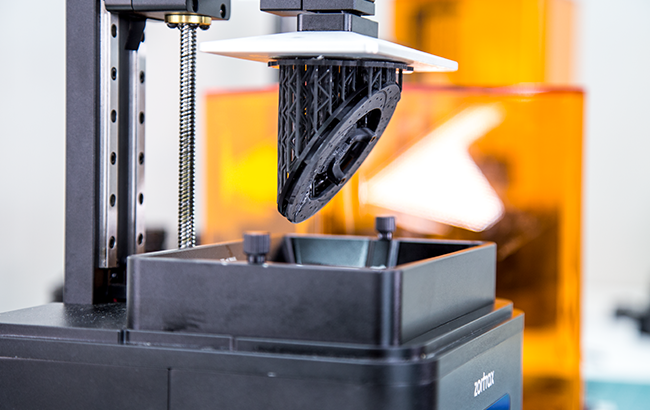 The times of exposure can be set separately for the model and for the supports. This way, support structures can be made harder and therefore easier to remove. No other resin 3D printer on the market can do that.