Z-PEI 1010 is a new high-performance, thermally stable filament compatible with Zortrax Endureal 3D printer. It belongs to the same family of polyetherimides as the Z-PEI 9085 we have introduced earlier, but with some key differences that make it better suited for certain engineering scenarios. Here’s what Z-PEI 1010 is all about. 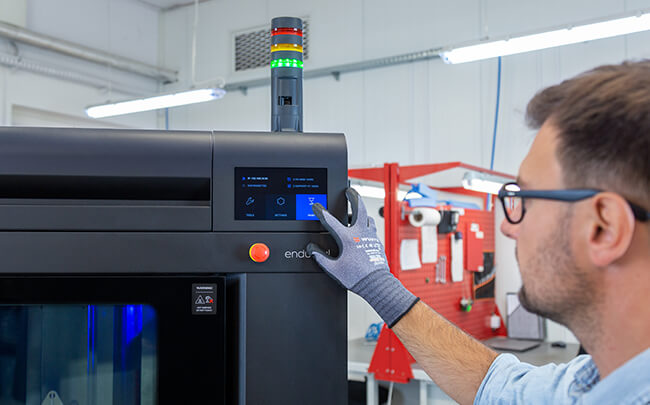 Z-PEI 1010 has significantly higher rigidity than Z-PEI 9085. It means that components 3D printed with Z-PEI 1010 tend to break rather than bend when they are exposed to critical stress levels. The material therefore works great in housings for electronics, load bearing parts, and industrial assembly jigs. High rigidity is important in such scenarios, because the material does not give in even under significant loads. The assembly jigs retain their exact dimensions even when pushed very hard onto the manufactured parts. Housings can protect valuable internals against very strong impacts and load bearing elements won’t bend and change their geometry under heavy loads.

THROTTLE HOUSING FOR CAR ENGINE. Thanks to high level of rigidity, 3D prints made with Z-PEI 1010 can work under significant loads.

Broad chemical resistance is another notable property of Z-PEI 1010. The material does not react with most of automotive fluids, lubricants, nor halogenated hydrocarbons. It is therefore possible to use it in chemical industry for piping as the material does not contaminate products upon contact. Halogenated hydrocarbons, in turn, are commonly used in heating or cooling systems and in machinery designed for cleaning metals. So, Z-PEI 1010 can be used to print various devices designed for operating at factories in contact with multiple chemicals used in the production process. Combined with low permeability and superior strength it also means that parts 3D printed with this material can withstand relatively high pressures and can serve as gaskets or seals. 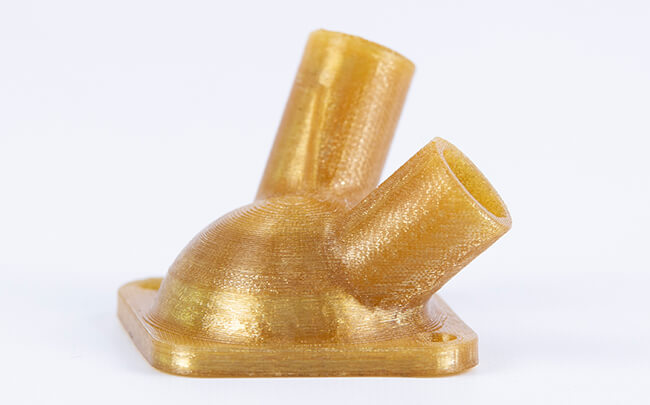 THERMOSTAT HOUSING FOR ENGINE COOLANT. Z-PEI 1010 is resistant to a broad range of chemicals such as automotive fluids, alcohols, and more.

Z-PEI 1010 has one of the highest heat deflection temperatures among high performance polymers. While melt temperature is lower than the one exhibited in PEEK, for instance, the HDT (Heat Deflection Temperature) is slightly higher and stands at 208° C. This means that Z-PEI 1010 exhibits very high thermal stability and retains its shape when exposed to significant loads in high temperatures. Moreover, this material remains thermally stable in low temperatures as well. It does not contract significantly in cold conditions, and expands very little when heated. 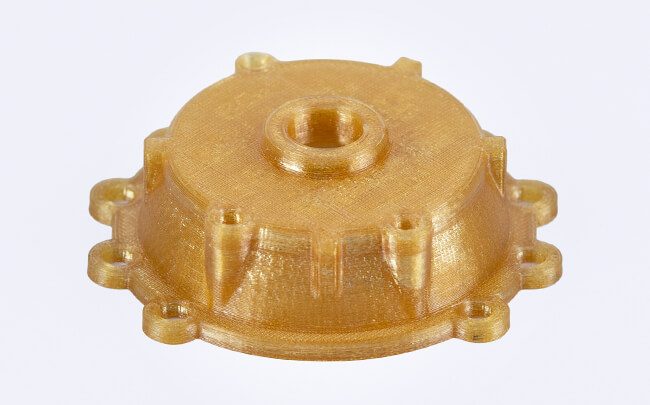 Due to those three defining features, Z-PEI 1010 is a great addition to the range of high-performance polymers compatible with Zortrax Endureal. It is a dimensionally accurate, extremely strong material which, when implemented wisely, can outperform Z-PEI 9085, or even PEEK in certain engineering scenarios. Z-PEI 1010 can be ordered here.