Literally everyone of us has some dreams or goals we aspire to. Sometimes they’re small, like traveling to another country or going to a concert of that band you always wanted to see. Other times they’re big, like becoming a famous sportstar or a CEO of a large company. Finally, there are those which are so fantastical that they seem completely unrealistic. But that doesn’t mean you shouldn’t at least try. Even the wildest fantasies can be vicariously attainable through means of a sense of wonder and the art of cosplay.

Whether it’s dabbling in cosplay on his own or helping others with their own costumes, Frederik Nielsen tends to find a lot of pleasure in his passion of making dreams come true and becoming fictional characters. In order to create the best and most authentic gadgets and parts of suits, Reym, as he is also known online, turned to 3D printing to work faster, more effortlessly and cost-effectively. “I’ve tried to make it accessible for clients to get stuff printed because it’s not always cheap to get somebody to make a customized design for you. But for me I feel more pride in showing how cool 3D printing is and how easy it can be to work with” says Frederik about his work, which he still considers a fun hobby and a form of escapism. 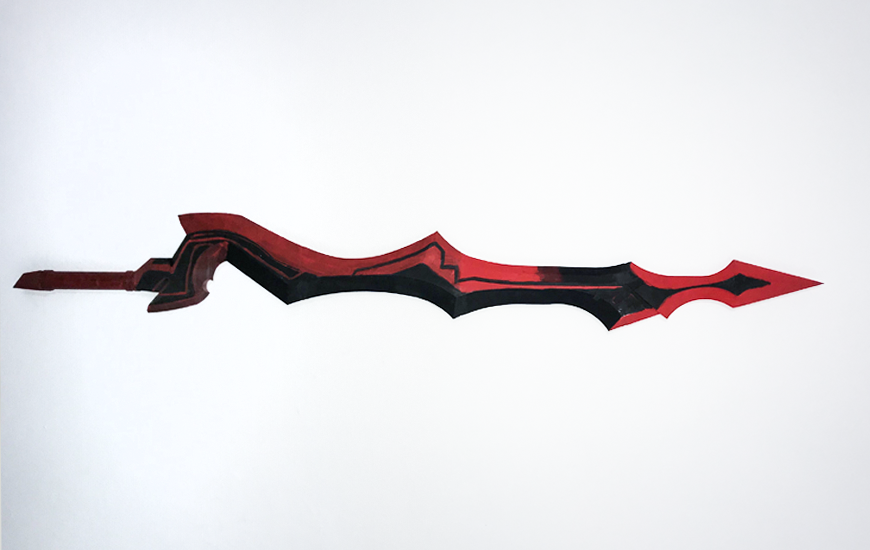 Much like many cosplayers and designers, he finds his inspiration in the most fantastical works of fiction. As he explains himself, “I have always loved video games and fantasy worlds from TV and movies. Having the ability to design and 3D print whichever model I wanted, just made it a lot more accessible to get these objects that you mostly only see in movies.” That is why he looks for ideas in acclaimed movies such as The Lord of the Rings trilogy or TV shows, like Vikings or Game of Thrones. He especially enjoys the medieval aesthetic with these amazing armors and a sense of classical craftsmanship. However, he’s also a fan of a more futuristic style seen in productions like Star Wars or Guardians of the Galaxy and video games like Mass Effect and Overwatch where you can see a truly creative vision of what various objects, vehicles, costumes and weapons might look like in the future.

Finding inspiration is fine and well but you also need the right tools to ultimately make what you desire. Frederik learned the basic understanding of 3D printing when he was a student at university. He studied at University of Southern Denmark in their department in Sonderborg where at first he took up Mechatronics but later changed it to Interaction Design Engineering. It is at that particular time when he learned NX unigraphics to design mechanical models and also the basic 3D printing software and hardware.

Not long after his studies he started looking for a 3D printer for personal use since at that time a lot of the so-called “personal printers” started to become more affordable. He considered many different kits and printers but what ultimately swayed his decision was a video review. “I saw one video where they compared other brands of printers to Zortrax and what I liked the most about the M200 was the build plate. I really like how the prints really stick to the surface and then also that it was able to print in very fine quality compared to all the other printers on the marked at that time” he explains and adding that “even today i feel like my prints are amazing compared to the printers that are out now.” 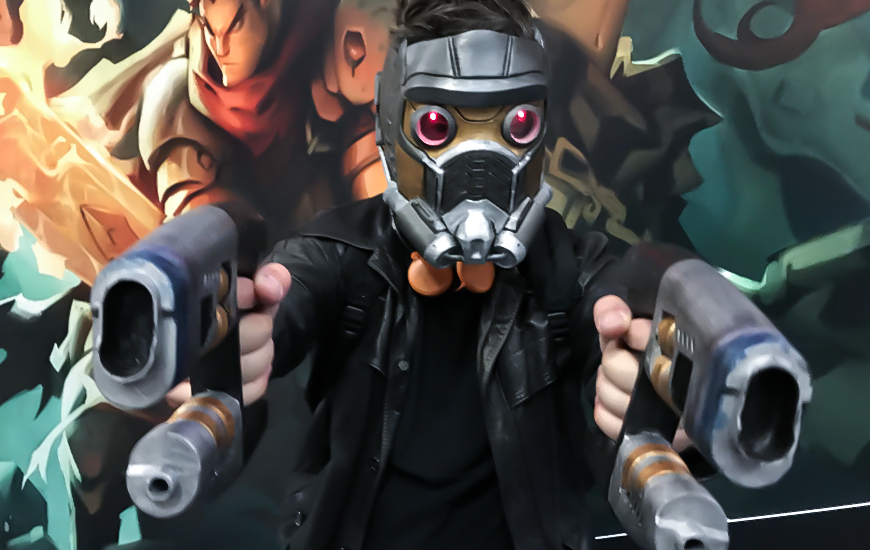 In the beginning he mostly 3D-printed what others had created and put online and he tirelessly scoured the internet to find the best quality models to print and later craft. But as he got more and more comfortable with the technology and sometimes more frustrated with the notion that certain parts he wanted were not available or were not the quality he had hoped for, Frederik decided to step up his game and use the skills he had learned and fine tuned to make his own models. Now, most of the parts he creates have been on request from other cosplayers and collectors but it was his decision to challenge himself in designing and trying different things with Zortrax 3D printer.

The Power of Creation

Normally his creative process starts with finding best quality images of the objects he wants to make in order to sketch it out. Since it’s fairly impossible to find measurements for fictional gadgets, most of his designing is done with estimated sizes he decides on. When he finally decides on the proper final length and width, that is when he has a clear picture how to get the end result right. Then comes the question of how to properly assemble the parts he had printed and often it depends on different models.

By his own admission, his proudest design is the big Nero saber. In order to achieve this massive piece of fantastical weaponry he had to be a little creative at the assembly stage. “With the sword I knew that the blade itself would be very heavy so I build in pins to make sure that the parts would fit. Also, since some of the parts of the blade are very large and printed in Z-ABS there was a bit of warping and small cracks. To manage that issue I found a heat treatment method worked best as I used a heat gun on the parts I printed, which would ensure me a nearly perfect fit. I believe that because I heat the material up it pulls the material back together and in doing so it closes any gaps that might occur. The smaller I can make the gaps before using fillers, the better for the end result” he explains.

With another weapon, the Ciri blade, he knew from previous experiences that using only plastic wouldn’t work. So he made sure that there was the possibility to get two threaded rods in the blade to stabilize it. “The problem with the Ciri sword was that hole it had in the very beginning of the blade and I knew that part would break if I didn’t add the rods” he says. When he got that idea, the rest was simple – for finishing touches he decided on sanding the blade to get the smooth surface texture he wanted and finally it was just a matter of painting the sword. 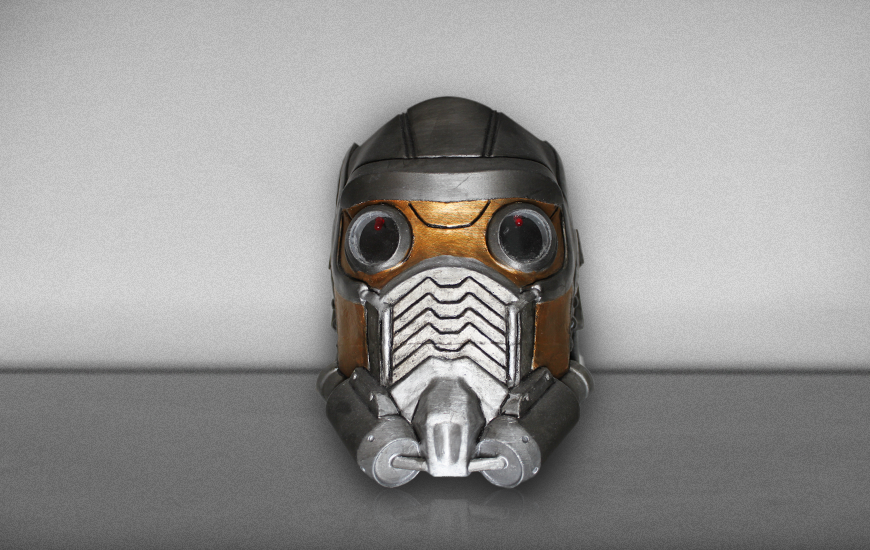 The blades, much like most of his designs, are printed on ABS type material. Both Z-ULTRAT and Z-ABS are used in the printing process to achieve to proper sturdiness required for the models. As Frederik explains “I mostly I use the Z-ABS because I know the strengths and weaknesses with this filament. And because of the prints i mostly work with, I need to have strength and flexibility which ABS-type filaments have. Another quality I look for in a good material is its softness which makes it really easy to sand, especially with large surfaces.” For someone who does his own post-processing that’s definitely a key factor in deciding which material to use. However, he’s also eager to use his Z-GLASS and Z-HIPS stock but he is waiting to find the right project to use the unique characteristics of both materials, where the former can be used in masks thanks to its transparent nature and the latter can easily be made useful in future large weaponry gadgets mostly due to its low shrinkage.

Much like any fan of science-fiction and visions of the future, Frederik also looks at what might be ahead for him. Not satisfied with simply maintaining his pace of work, he wants to create more cosplay related prints but also look into designing objects that might find practical use. “This is something I worked on in my studies – learning about user-centric design and finding new ways to optimize.” To achieve this ambitious goal, he’s also planning to buy an extra printer since his current one runs almost 24/7. Even though it works flawlessly and is completely reliable, another printer would definitely speed up the production process. What’s more, having requests for new designs coming in from both Denmark and neighboring Germany, he wants to establish his contacts with more people by going to different fan conventions where he might meet some of the people he designed for and other fans sharing his passion for cosplay and 3D printing.