Zortrax Inventure is a professional dual-extrusion 3D printer which can work as a short-series production device.

While 3D printing was introduced back in the 1980s as a rapid prototyping technology, now it has reached a point where it can also work in manufacturing. LPD Plus technology we have developed for Zortrax Inventure allows for 3D printing batches of parts with efficiency equal to a much bigger single-extrusion 3D printer.

In a single-extrusion 3D printer, parts can’t be arranged one on top of the other. Because support structures are made of the same material as the model itself, it is almost impossible to remove them from between the stacked up batches once the 3D printing is done. That’s why when your models are relatively flat, like a set of parts to make a watch, the most of the available build space remains unaccommodated. 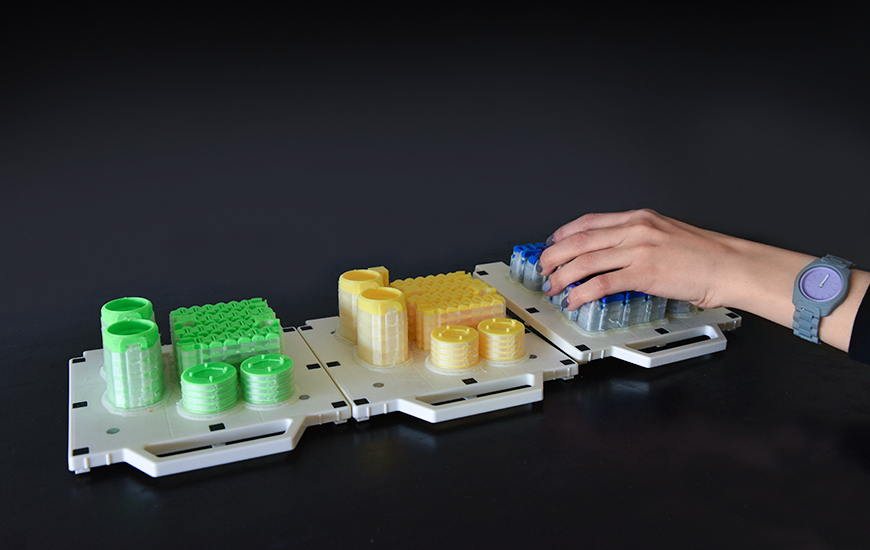 But with dissolvable support system we have introduced in Zortrax Inventure, stacking models up one on top of the other becomes possible. Water removes support structures from between the batches leaving you with high-quality 3D printed parts ready to assemble.

Using a 3D printer for short-series production can be used either for prototyping new products or manufacturing those already on offer. The former is mostly about iterating on designs. At some point changes in products become evolutionary. This stage is about getting the details right. Zortrax Inventure allows you to 3D print various iterations of the same design in one go. 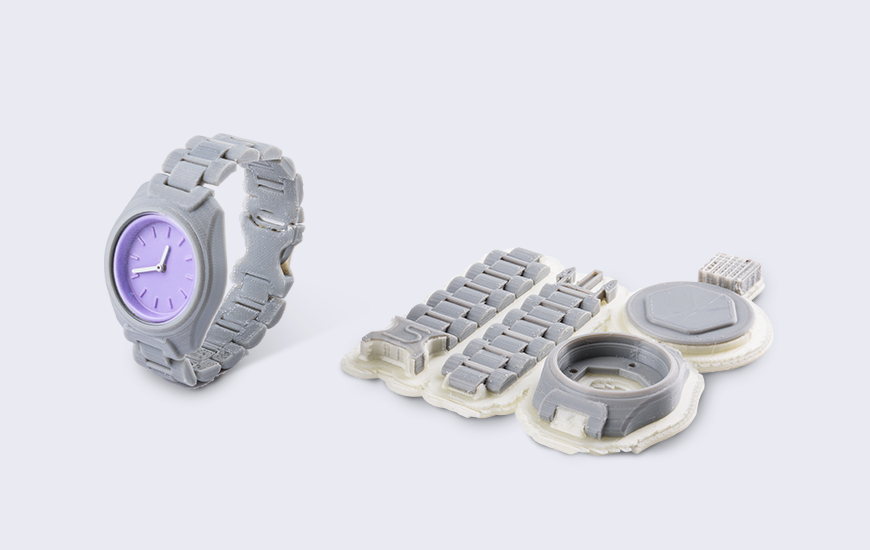 Once it’s done 3D printing, you can run all the necessary tests on all versions to make direct comparisons. You can see how each of them perform and determine which is the best one for your needs. Z-PLA filament combined with water-soluble Z-SUPPORT will handle this task with ease, guaranteeing precise results with appealing looks. But Zortrax Inventure can be useful even when you move to manufacturing.

There are a few dual-extrusion 3D printers on the market that can work with PVA-based, water-soluble support filaments but what makes Zortrax Inventure exceptional is an ability to combine such filaments with high-temperature, ABS-based materials. And ABS-based materials are typically what end-use products are made of in injection molding technology. 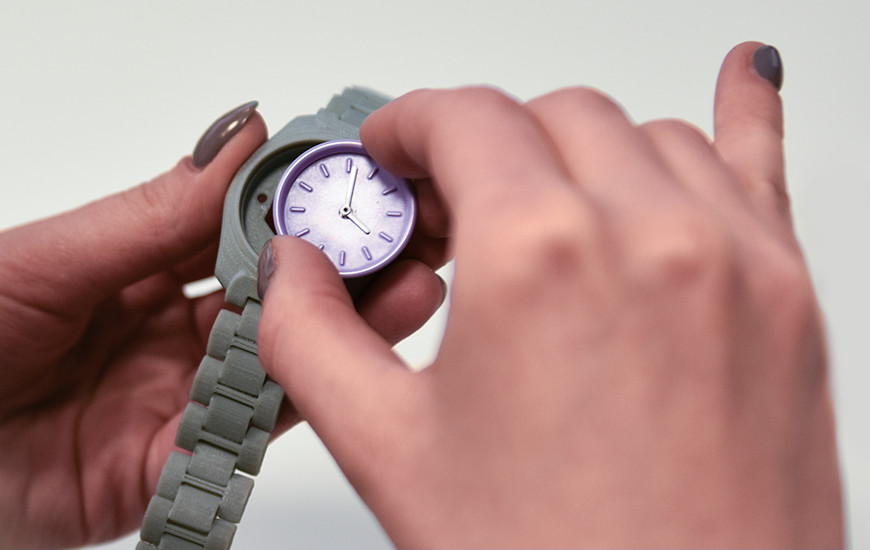 So, once you’re done prototyping, you can use the same 3D printer for manufacturing. A combination of Z-ULTRAT Plus, a highly resilient ABS-based filament, with water-soluble Z-SUPPORT Plus, a unique PVA-based material that can work in temperatures as high as 245° C (505° F) is the best match for the job. All you need to do is load your models to Z-SUITE and use a feature allowing to move them along the Z axis. This way you can stack them up to fill the entire build space. Necessary support structures will be generated automatically. And it makes business sense.

We have analyzed cost and time necessary to manufacture parts for watches. It turned out that stacking three batches of parts up and 3D printing them in one go on Zortrax Inventure was slightly faster and slightly cheaper than having a single-extrusion 3D printer make the same set of parts in three runs. 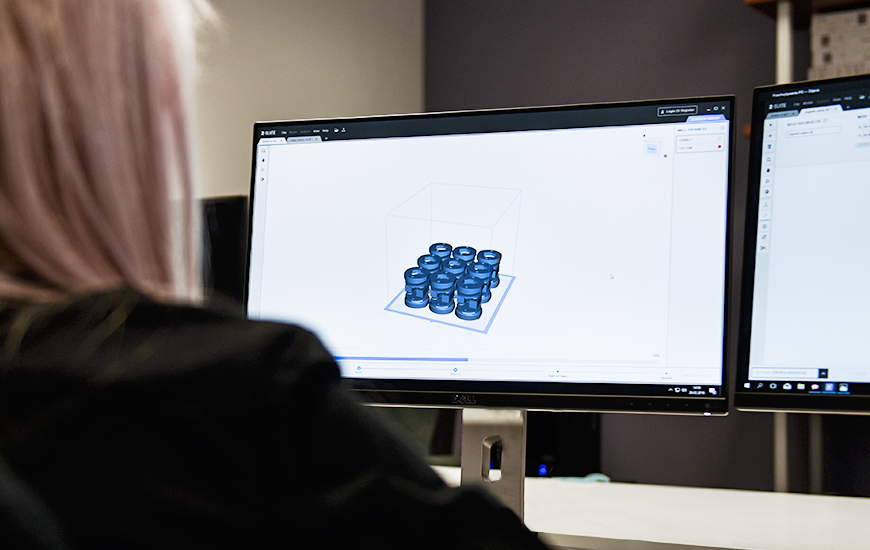 But perhaps the most valuable gain was that Zortrax Inventure have gotten the job done with no supervision. Three sessions of getting the models off the build plate and removing supports with pincers got replaced by taking one model out of the Zortrax Inventure and placing it in the Zortrax DSS station to have support structures dissolved. That’s how Zortrax Inventure 3D printer can work as a short run production device.