ABcar Oldtimers is a Polish company that specialized in the restoration of old cars. They use large 3D printers working in the LPD technology to print various elements, like reconstructed bumpers or covers for fuse boxes. For tiny, yet very detailed parts, ABcar Oldtimers went for the Zortrax Inkspire resin UV LCD 3D printer.

“We recognize that resin 3D printing has its pros and cons. It can print small elements with astounding precision, but usually is not the best way to go if you want parts designed to withstand high stress”, says Bartłomiej Błaszczak, Design & Engineering Director at ABcar Oldtimers. One of the most recent projects in which his team used the Inkspire is rebuilding a Ferrari 599. The car is meant to be featured in a TV show hosted by Patryk Mikiciuk. The idea behind the show is to get a severely damaged Ferrari and see if it is possible to bring it back to its original condition for a fraction of the new car’s price.

“In a 599 there is a system of diodes on top of the steering wheel that light up whenever the engine revs are high enough to shift gears”, explains Błaszczak. In the original car, those diodes are installed behind a black, translucent cover. The cover appears pitch black when the diodes are off, but allows enough light to get through for the diodes to be clearly visible when they are on. “It was quite hard to find the material with similar properties, which at the same time would give you the look and feel of the original Ferrari part. So, we just 3D printed it on the Inkspire”, says Błaszczak. 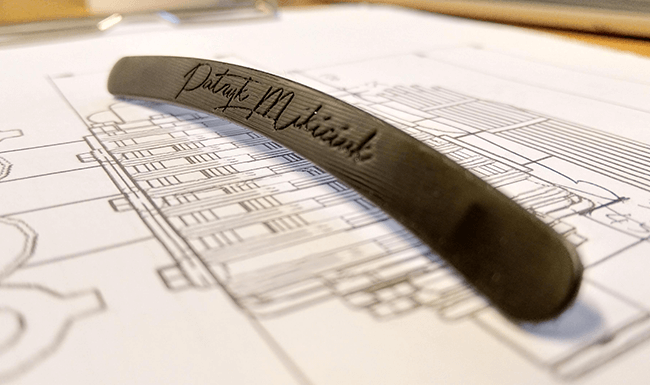 Engineers at ABcar Oldtimers figured out that black resin, when applied in relatively thin parts, exhibits limited light-transmitting properties. Basically, the part designed and 3D printed to mimic the geometry of the original Ferrari cover looked the same when the diodes on the wheel were lighting up. “This was just one part we did for this project and the Inkspire, along with the PRO Black resin, worked perfectly. But there are plenty other things we use the resin 3D printer for”, adds Błaszczak.

The elements that ABcar Oldtimers usually print on the Inkspire are intricately designed details of vintage cars, that are often 80 years old, or more. “Let me give you an example. Pre WW2 Mercedes Benz models used rev counters, speedometers, and other gauges with beautifully made needles. Each needle was very thin and had top shaped like a crescent”, says Błaszczak. His team found remaking such needles pretty challenging, even with a precise resin 3D printer, yet they still managed to succeed with proper positioning of support structures on the model. 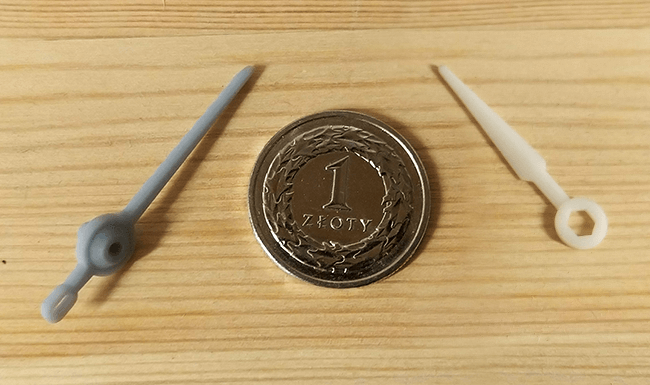 Other components often 3D printed on the Inkspire are translucent covers for lights on the dashboard, that in the old Mercedes Benz cars indicated the direction of the air blowing from the fans. ABcar Oldtimers even managed to print exterior components like indicator covers. “Here, of course, we needed to test whether the part printed on the Inkspire would retain its properties when constantly exposed to UV light”, says Błaszczak. 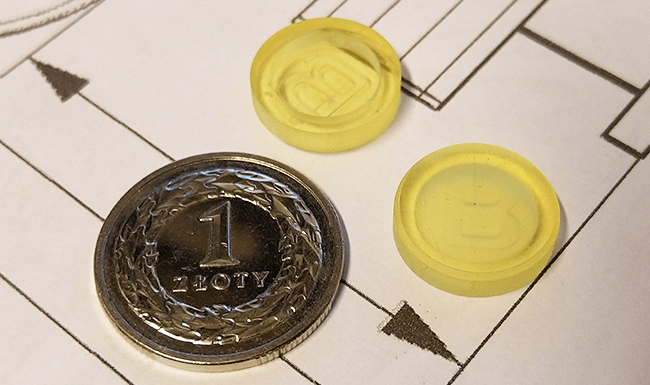 To see if the 3D printed parts could work in exterior components, the ABcar Oldtimers team laid them outside, in full sunlight, for a couple of days. “It turned out, that the material did not change its properties whatsoever. Everything seemed to be working just fine”, Błaszczak asserts. Consequently, the team gave it a go and fitted indicator covers on one of the cars they were working at. “In a year or so, we want to give those parts a follow-up check and see if they degraded or not. So far, we haven’t encountered any issues”, he adds.

Details of the process

ABcar Oldtimers has been working with the Inkspire for quite some time now, and the team gathered lots of experience. “Because there is no loss of speed, we can put multiple copies of the same part on the build platform with differently positioned support structures, and see which one would look and work the best after support removal”, says Błaszczak. Another advice he offers for optimizing the workflow is adjusting the layer height to the model’s geometry. 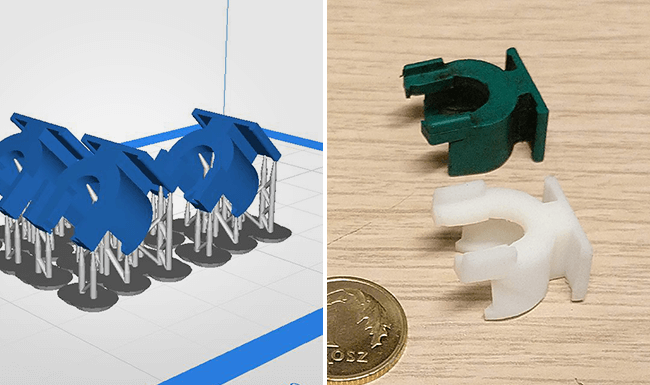 “Typically, we use the minimal, 0.025 mm layer height, for parts that need to be detailed. It works best for ornaments and intricate shapes. When there are no such things to worry about, you can easily go for larger layer heights which will significantly speed up the printing process”, Błaszczak explains. To further boost this functionality, the Z-SUITE has been recently upgraded with a feature that allows choosing separate layer heights for different parts of the model. It is now possible to choose high layers for the areas without precise details, and minimal layer height for areas where precision matters the most.

“Choosing the right material is yet another thing. For translucent parts we usually use Zortrax Resin BASIC Pigment-free”, says Błaszczak. This way, the team can produce clear parts with no visible internal layering. On the other hand, for models that need to be painted or undergo lacquering, ABcarOldtimers goes for Zortrax Resin BASIC Grey. “Lacquering enhances the UV light resistance, and to an extent, improves the mechanical properties of the model”, Błaszczak explains. 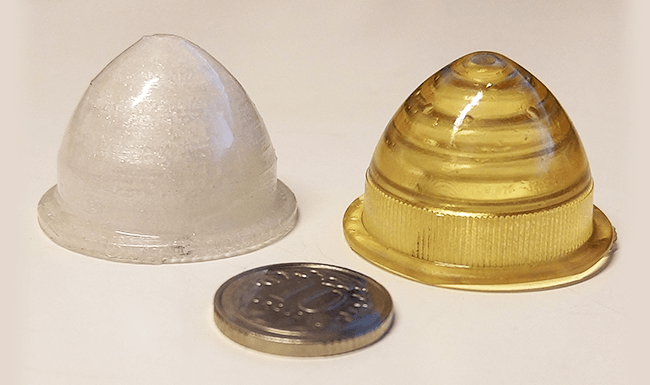 Last but not least, there is the editing of the support structures. While, according to ABcar Oldtimers team, automatic support generation algorithms in Z-SUITE do a pretty good job with positioning supports on models with standard geometries, more complex parts typically turn out better if the supports are edited manually. “I think it comes with experience. We’ve been working with Z-SUITE for quite a long time and know what we can expect. Now, I can comfortably judge if I need to place the supports manually or leave it to the algorithm just by looking at the model’s geometry”, says Błaszczak. “The bottom line is this, though”, he adds, “when you work in our business, you can either be ordering the parts at other workshops or make them in-house yourself. In most cases, outsourcing is out of the question because certain shapes simply can’t be done with a traditional toolset. The good 3D printer is pretty much the only viable option”.