Zortrax Inventure is a professional dual-extrusion 3D printer capable of printing moving mechanisms in one go. Because it 3D prints with separate PVA soluble support filament, water can almost entirely remove support structures from between tightly interlocked parts. This way it’s possible to see how those parts work together with no time needed for assembling the mechanism. That’s why Zortrax Inventure is particularly useful as a rapid prototyping tool in engineering.

There are a few dual-extrusion 3D printers on the market, but their PVA soluble support capability is usually limited to printing with PLA-based materials. It’s a major downside when you need to prototype a moving mechanism because PLA is highly susceptible to heat generated by friction when there is no grease to mitigate it. 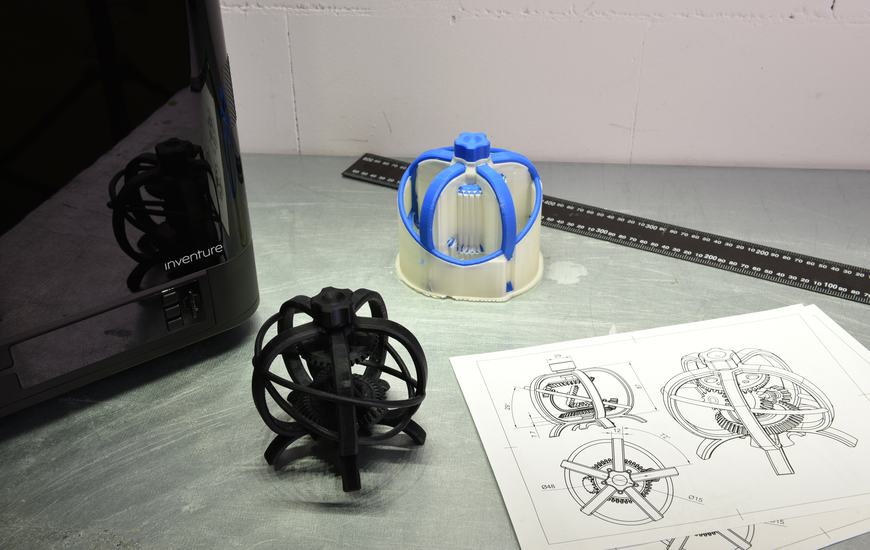 Interlocked cogwheels would wear down quickly rendering the entire prototype useless. This in turn would limit the number of tests you can run on a single model. Zortrax Inventure has no such issues.

Highly resilient ABS-based filaments are much better for prototyping moving mechanisms, but they are also more technologically challenging. Unlike PLA, they typically shrink roughly 8% during cool down. The tighter the engineering fit, the more it becomes an issue because even minor deviations from dimensions intended in the digital project can affect the prototype’s performance. To 3D print ABS-based filaments with dimensional accuracy comparable to PLA, we have designed Zortrax Inventure around an enclosed, heated printing chamber. 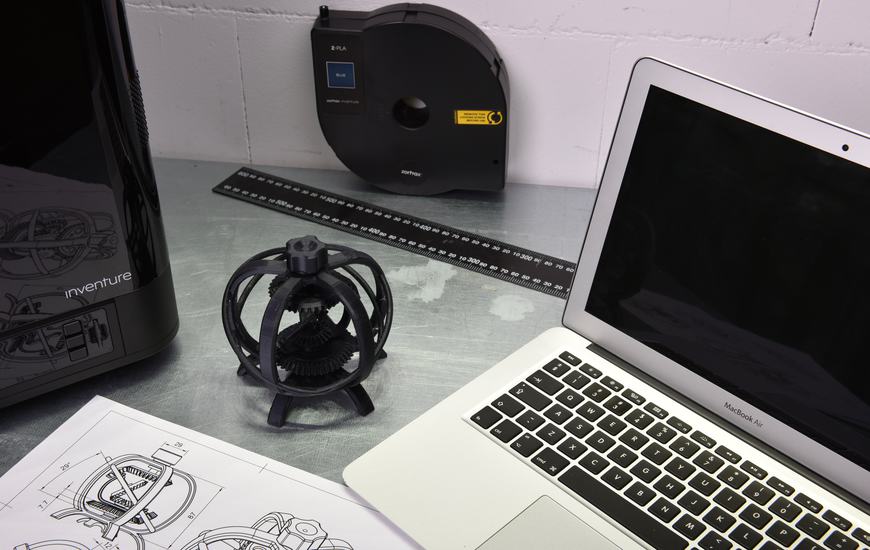 ABS shrinkage has been significantly reduced by keeping the temperature inside the printing chamber right within the material’s optimal range. This way Zortrax Inventure can 3D print ABS-based filaments with precision sufficient for complex moving mechanisms to actually work once the support structures are dissolved. And making those structures easily soluble was a challenge in its own right.

PVA can 3D print at temperatures around 180° C (356° F). But Z-ULTRAT Plus, a resilient ABS-based filament dedicated for Zortrax Inventure, needs a temperature reaching 245° C (505° F), way higher than what standard PVA can handle. That’s why we have introduced Z-SUPPORT Plus, a unique high-temperature PVA material designed to work with Z-ULTRAT Plus. Combining the two, Zortrax Inventure brings the convenience of soluble support structures into the realm of 3D printing with highly resilient ABS-based filaments. 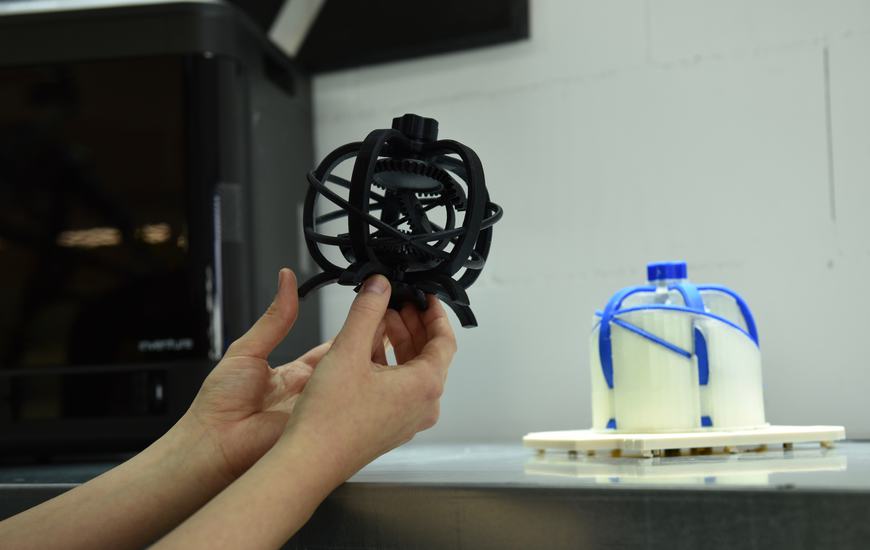 And we haven’t stopped there. To make support removal easier, we have designed the Zortrax DSS Station. The device circulates water at the right temperature to improve the rate of support structures dissolution. While it is possible that some amount of support material will remain on the model, it is easy to remove with a brush.

Rapid prototyping in industries like aerospace or automotive where advanced engineering happens on the daily basis is a resource-intensive task. Thus it’s only reasonable to cut costs wherever possible. Zortrax Inventure brings following savings to the table. First, you can cut on time needed for assembling the prototypes of moving mechanisms. The 3D printer can make them all in one go. Second, you can cut on time needed for support removal.

With the Zortrax DSS Station the process is almost entirely automated so your staff can pursue more important goals in the meantime. Third, no other dual-extrusion desktop 3D printer can reliably print high-temperature ABS-based filaments with PVA soluble support structures. You can use more resilient materials for your prototypes to increase the number of tests performed with one model. That’s what makes Zortrax Inventure perfect for prototyping moving mechanisms. 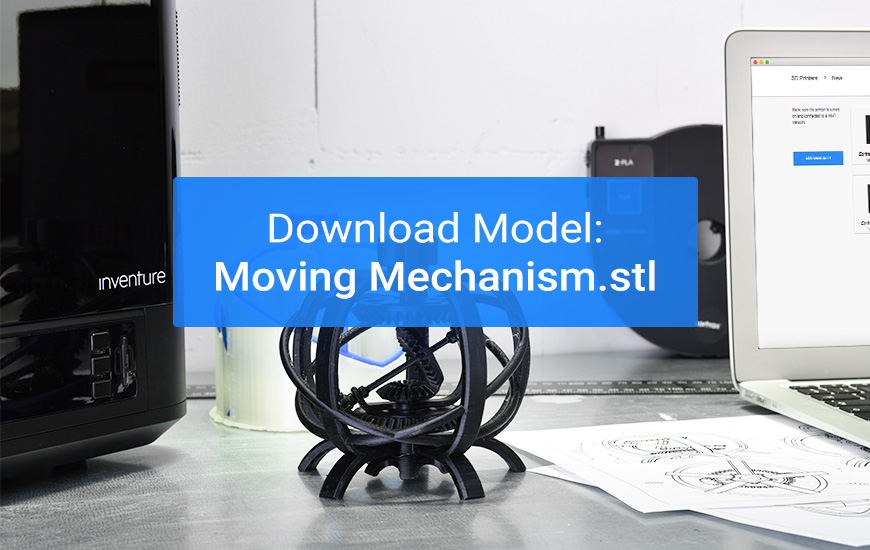