Generative Small Urban Turbine (GUST) is a student project, focusing on developing a wind turbine as well as promoting renewable wind energy for individual use. The goal of the project is to reduce the costs of obtaining electricity and make the consumers more independent from the external suppliers. GUST members take advantage of Zortrax 3D printing solutions during their work on a small wind turbine that they have been perfecting since 2016. Get to know how this extraordinary Polish academic project has grown into a European award-winner with a Zortrax M300 3D printer. 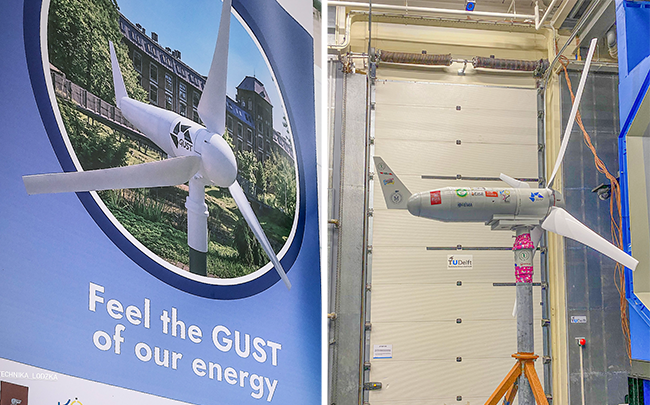 The picture shows GUST complete wind turbine at ISWTC competition in the Netherlands.

3D Printing and Ecology: Reducing Waste and Costs in Engineering

Ever since the beginning of GUST project, it has been hugely successful. It came first in the European ISWTC competition in the years 2016-2018 and third in 2019. After a COVID-related break in 2020, the contest has been renewed a year later. This time, though, an additional aspect, namely sustainability was to be evaluated. GUST members realized they needed a solution which would ensure a quick and cheap replacement of broken or used-up parts, without the need to replace the whole turbine. They thought that a 3D printer encompasses it all, so they reached out to us as they aimed at a high-quality, reliable product for the flexible manufacturing. 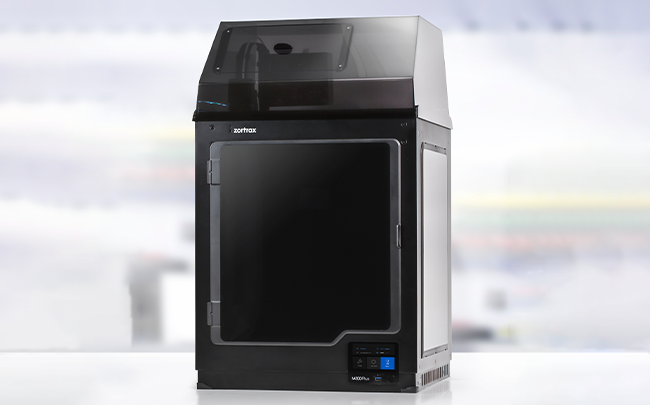 Zortrax M300 Plus, a cutting-edge equivalent of Zortrax M300, is currently available in our offer.

“Thanks to incorporating 3D printing, we are able to limit the costs of production, and, in turn, the costs of a potential mass production as well,” says Kamil Gardyjas, the leader of GUST. Introducing this production method has saved GUST time and money. It has also helped them meet the new environment-related ISWTC requirement and granted them the second place in the contest’s 2021 edition. Moreover, GUST became the winner of two national contests: EKOInnowatorzy in the category of eco-innovative student project and KOKOS – the contest for the best student construction in Ecology. “Hadn’t it been for 3D printing, it would have been way harder for us to achieve all that,” Kamil Gardyjas underlines. 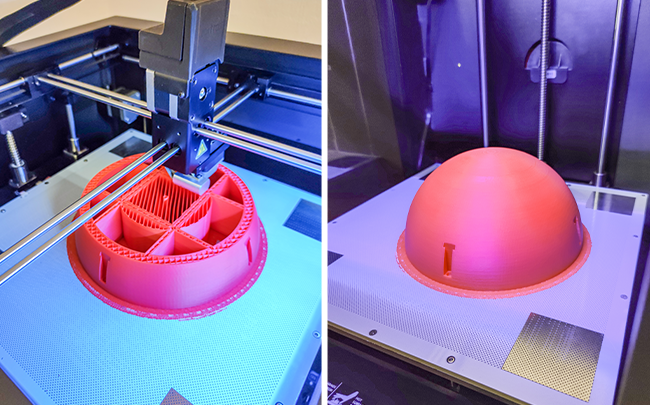 The photos depict a model of a dome for a small urban turbine during the 3D printing process (left) and the ready model on the platform (right).

How do the students use the Zortrax M300 in their project? The device plays a huge role in rapid prototyping and scientific testing. Many elements of turbine prototypes are 3D printed. As GUST evolves – with new members joining every academic year and new ideas being incorporated – the turbine changes alongside. Hence, the team uses our desktop 3D printer to introduce alterations on the spot. The changes and improvements applied are then always tested in a special aerodynamic tunnel to check the model’s properties. 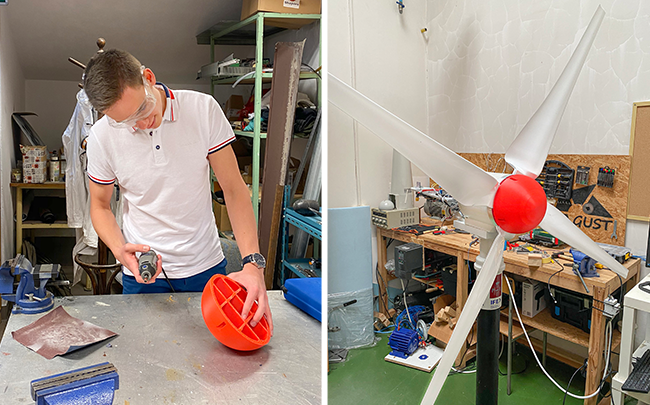 The model of a wind turbine’s dome post-processed by one of GUST project students (left) and mounted in the turbine’s housing (right).

The team also uses a Zortrax M300 3D printer to create a 1:1 scale show mockup. This year, for their 3D prints the team used both Zortrax materials (Z-ABS, Z-ULTRAT, Z-HIPS) and the materials from other manufacturers. Z-SUITE settings most commonly used by GUST were the default settings for Z-ULTRAT. The standard changes included: print quality, layer height (depending on the desired accuracy of surface reproduction and complexity of the given element), infill level and some support settings. 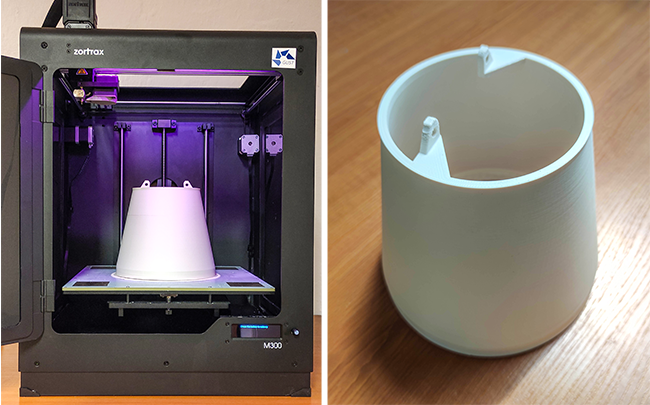 In addition to prototyping and testing, Zortrax 3D printing has also come in handy in a pioneering experimental campaign devoted to study the aerodynamics of the turbine blades. Here, the students design and numerically test new rotor blade geometries, and next, using 3D printouts, they test the rotors experimentally. To be able to do so, they use the low-speed wind tunnel at the Institute of Fluid-Flow Machinery at the Technical University of Łódź.[1]

All of the above has led GUST to the final stage: The ISWTC competition and tests in a full-scale wind tunnel in Delft, the Netherlands. Not only was it related to direct competition with other teams from around the world, but also the opportunity to examine a prototype turbine in a 1:1 scale. GUST project became a runner-up in this year’s competition, but does not stop there. They are planning to further optimize and perfect their ecological turbine for the future ISWTC editions. Now, with Zortrax 3D printer at their disposal, it is going to be significantly easier.

The image shows the wind turbine with a housing off (left) and on, displaying Zortrax logo (right).

Learn more about Zortrax M300 Plus – an equivalent of the 3D printer used by GUST which is currently available in our offer.

[1] The entire procedure is outlined in scientific publications in the „Energies: Fast Track Integration of Computational Methods with Experiments in Small Wind Turbine Development” journal: https://www.mdpi.com/1996-1073/12/9/1625