Still in a bit of a Halloween-induced haze, we’ve decided to prolong the fun vibe and hold the gravity of reality away for a little while longer. That doesn’t mean we’re not talking business, we are, but a special one that will make you smile. So, embrace your inner child and take a look at the toy design from a new, 3D printed perspective.

Exaggerated big shiny eyes, even larger head and an emotional, often explosive, character, all in a cute, chubby, tiny package. Does it ring a bell yet? If manga or anime characters sprang to your mind, you’re dead-on. The characteristic, Japanese chibi style of picturing characters started to gain popularity in the 80s and 90s, when manga and anime settled themselves in western pop culture for good. The chibi style also inspired Oasim Karmieh, a 3D artist and toy designer, to create some special caricature figurines that combine the western and eastern cultures. 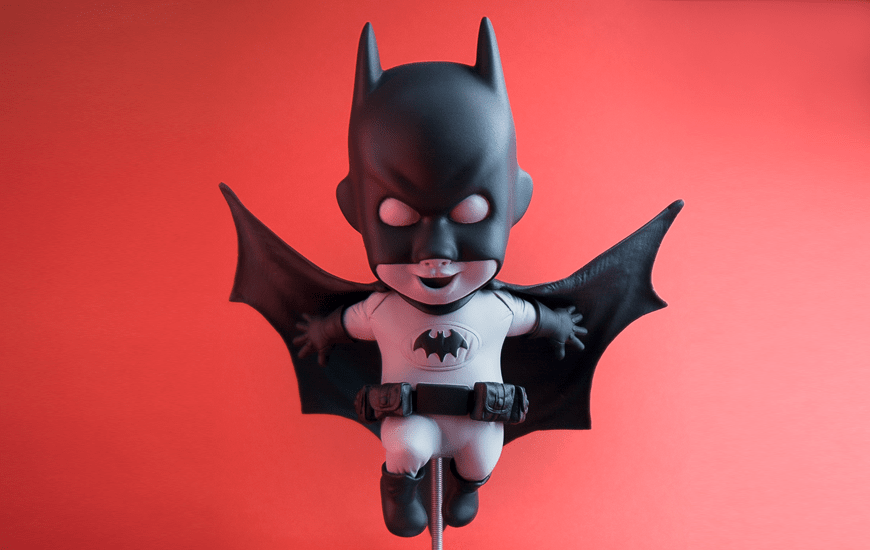 Although we have the tendency to catch the eye of our users by making rather sizeable models, like our Super Hero, our attention was drawn to a smaller yet entertaining design. Meet Batsy, a chibi-inspired rendition of one of the most popular comic characters. Oasim’s chubby, child-like figurine combines resin casting and 3D printing. 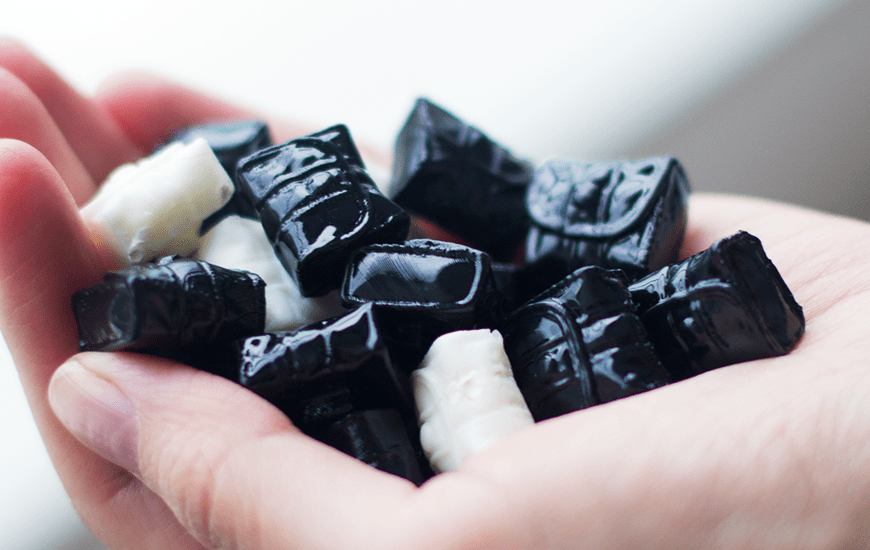 The little super hero isn’t as menacing as the original, adult Batman but is still equipped with all the necessary accessories to defeat some villains. Take a look at the pouches attached to the belt. The designer experimented with silicone molding and casting the items in resin but the effect wasn’t satisfying enough. He decided to 3D print them using Z-ABS and Zortrax M200, without worrying about the details resemblance.

This little lady, obviously inspired by a classic fairy tale character popularized by Disney movies, is the effect of Oasim’s collaboration with Fellipe Beckman. Maleficent was designed by Fellipe, who then contacted Oasim with proposition to turn the design into an art toy. As you can see, Oasim rose to the challenge. 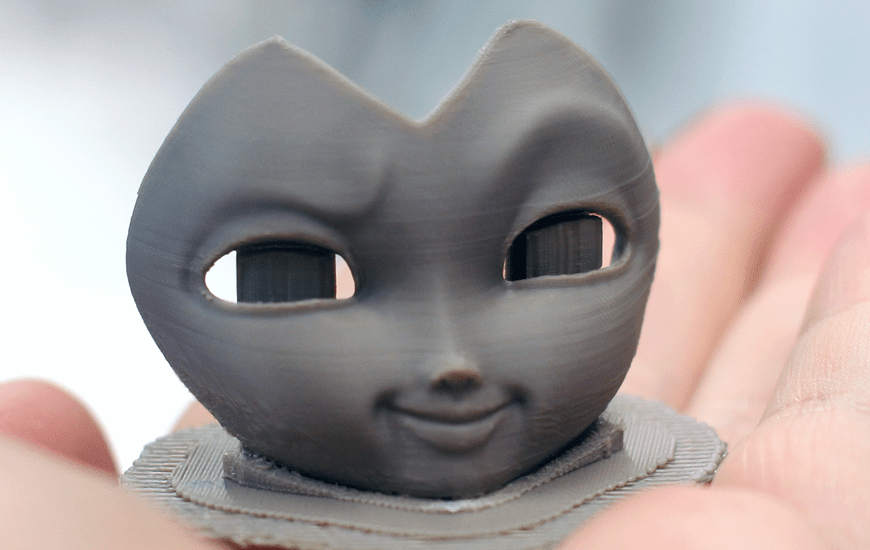 He started by preparing the project for 3D printing, paying attention to every little detail to capture Fellipe’s vision as accurately as possible. He then used Zortrax M200 and Z-ABS to prototype the design and then to prepare master pieces for silicone molding. The endearing villainess was then resin casted and hand painted. 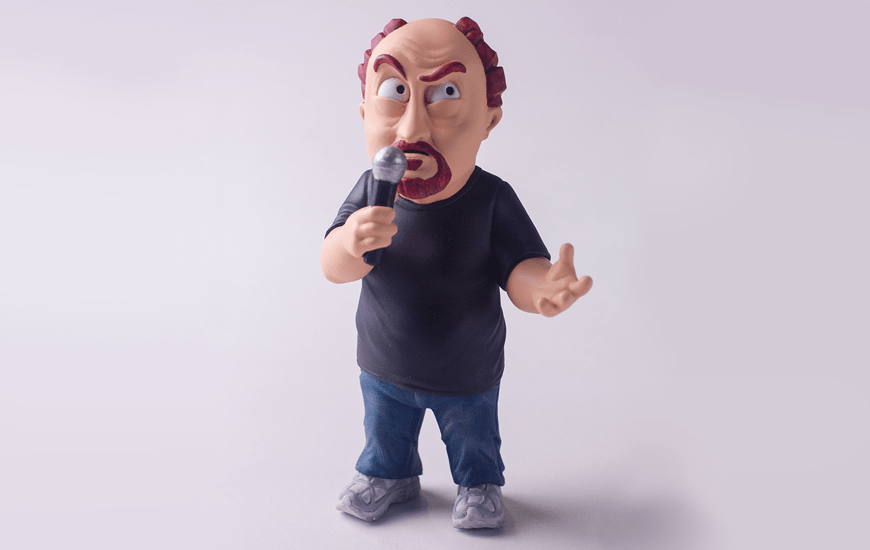 As a toy designer, Oasim doesn’t confine himself to one style only. The Luis figurine is a caricature of a popular stand up comedian. The designer decided to entirely 3D print it on Zortrax M200 in Z-ABS as it can be easily post-processed. After designing the model, Oasim used Z-SUITE software to prepare the part for 3D printing. He didn’t print all the parts in one batch because he chose different resolutions. For example, he decided on lower resolution for jeans, shirt and shoes to obtain texture that gives more natural effect. He then removed support material and sanded the 3D printed parts. Oasim hand-painted each piece using brushes to accent the details. He then varnished and assembled the parts. Now that’s some comedy art. 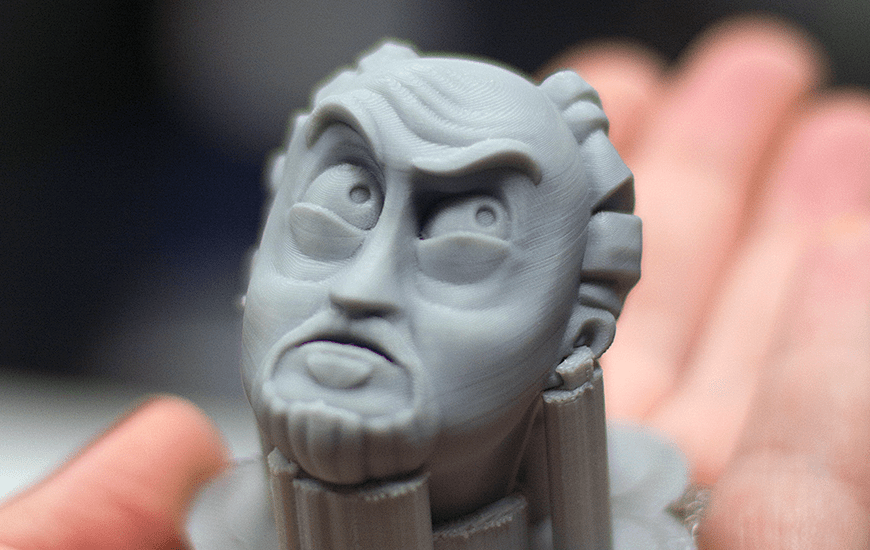 The trick to get the effect you want is adjusting 3D printing to your needs. Take example from Oasim, he made the most of 3D printing technology by applying it in multiple ways. 3D printing end-use products, prototyping parts or preparing molds, the Zortrax Ecosystem is a versatile tool that will give you a treat by making your work easier and faster. It’s not a trick or treat situation here, it’s an easy trick to get the best treats matter.