Creating custom products on a large scale can sometimes pose obstacles, especially during the pre-production phase where prototypes constantly change and undergo multiple tests. Where traditional prototyping methods fail to deliver affordable iterations quickly, additive manufacturing has stepped in with a lot of success. Here’s a story how 3D printing technology has allowed creators to take their vision to another level and successfully produce customized audio systems.

Cyrille Gallice is a music and hi-fi equipment enthusiast who has worked as a sound engineer for over 15 years on equipping large buildings with audio systems. In 2019, he launched Amplitude Audio, a company which creates systems capable of transferring the sound signal through the electrical wiring already present in buildings such as stores, restaurants, or architectural complexes.

Taking Ideas to the Next Level

For Gallice, installing an audio system in such facilities is quite an endeavor as he has to plan the location of speakers in advance as well as consider how to connect them to amplifiers, mixers, and media players using hundreds of meters of cable. His company has developed special speakers to be integrated into light fixtures. The final product is based on the PLC technology (Power Line Carrier), thanks to which the sound is transferred throughout the entire electrical installation in the building. 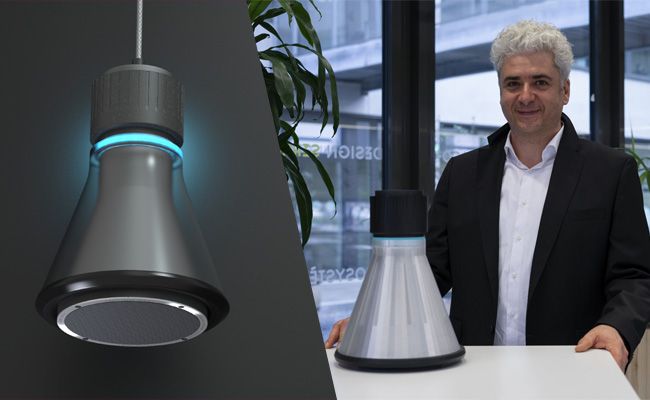 A prototype of Amplitude Audio’s lamp on the left. Cyrille Gallice, CEO of the company that builds it, on the right.


The speakers are connected to the existing power supplies, such as outlets or light points, which makes it possible to send music to the entire building or specific rooms using Amplitude Audio application or other wireless streaming protocols. Such an approach lets the company shorten the time needed to implement the system, reduce its costs, and reduce its carbon footprint. This installation requires half the number of cables compared to the conventional ones.

3D Printing in the Design Process

For the designing and prototyping stages, Amplitude Audio uses 3D modeling combined with 3D printing. With additive manufacturing, they are able to create an esthetic prototype of the speaker in just two days. This is the time in which traditional methods would not produce a suitable pre-production prototype.

“For startups, time is precious. 3D printing allows us to have a prototype in our hands in less than 48 hours, which for us is a feat.” — Cyrille Gallice 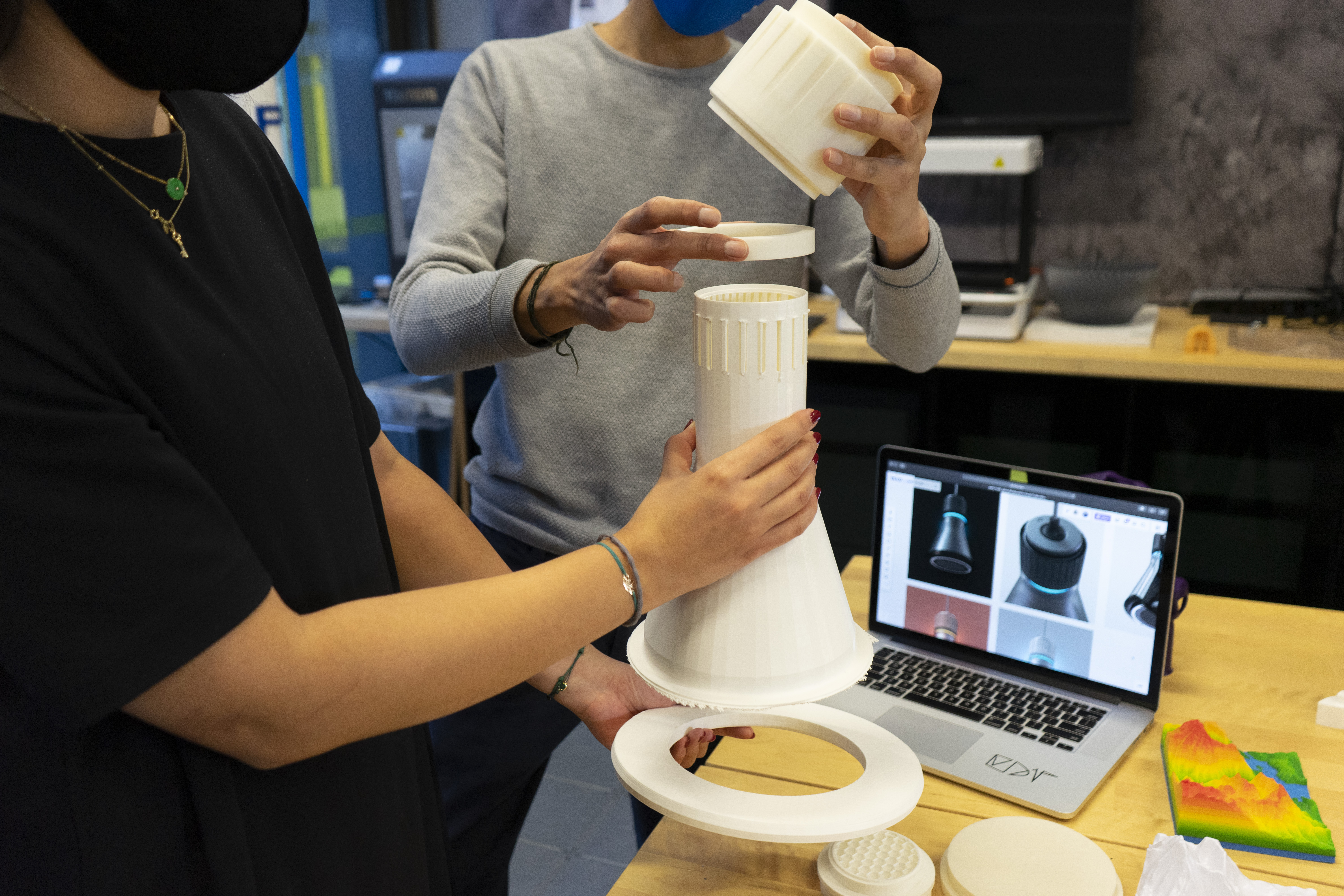 Components of the speaker enclosure before the testing phase.

In the early stages of the project, the concept for their innovative product that combines the features of a speaker and a lighting fixture is backed by professional designers. As the next step, Amplitude Audio uses Zortrax M300 and Zortrax M300 Plus 3D printers to fabricate prototypes. Cyrille Gallice underlines high precision and large build volume as factors he appreciates in Zortrax 3D printers. What’s more, compatibility with translucent filaments like Z-GLASS allows his company to diversify their projects with ease. This is why he decided to employ Zortrax machines in the work on this highly original sound system.

A prototype of a lamp housing 3D printed with Z-GLASS.

3D printing has allowed Amplitude Audio to fully evaluate their design before mass production. At every stage of their work, they were able to produce prototypes and carefully assess the correct assembly of all elements, including audio, electrical, and electronic components. With CAD/CAM projects combined with 3D printing, they had better control over the project’s costs and time, and ultimately, they were able to release the final product faster. 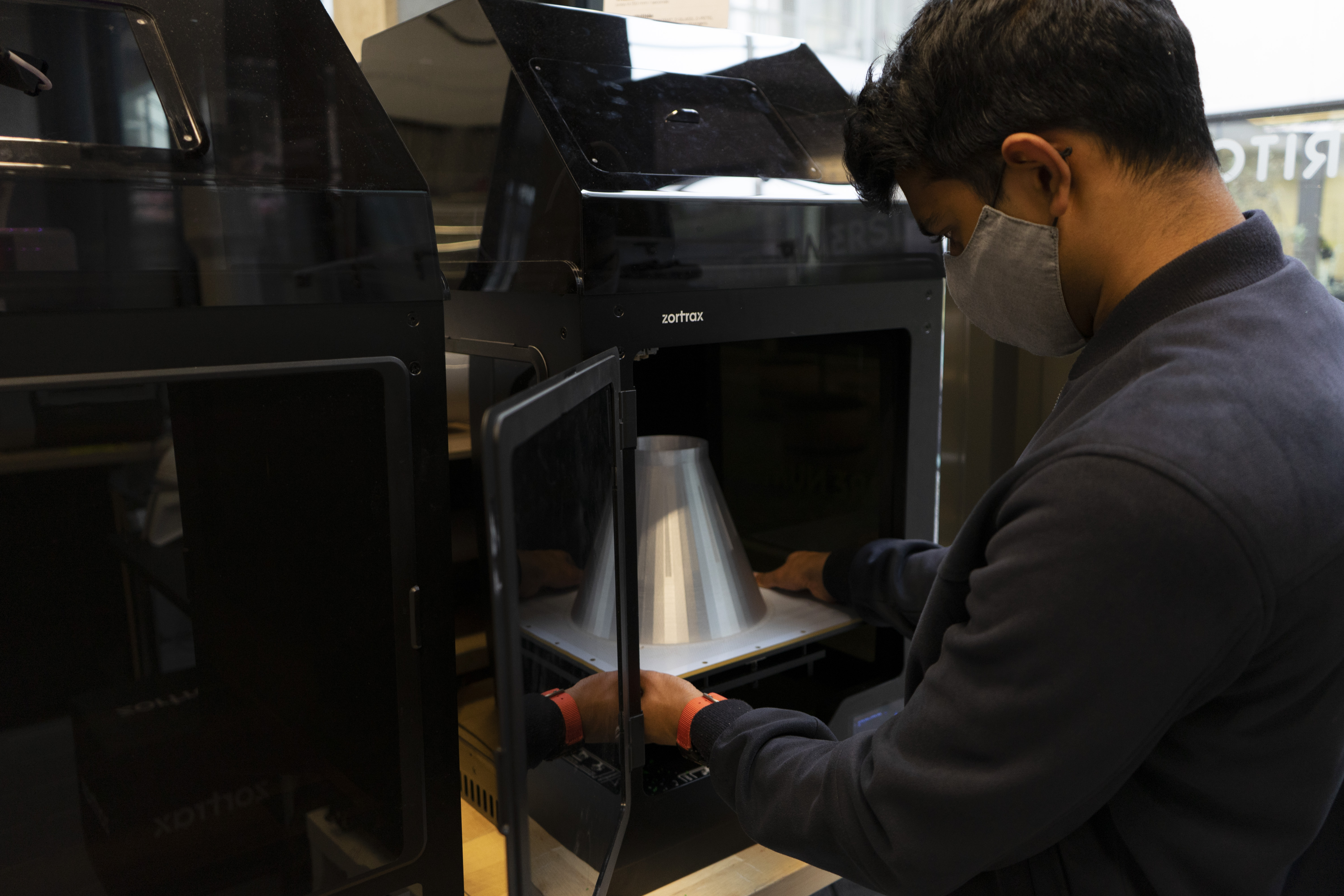 Amplitude Audio staff member working on a prototype with the use of Zortrax M300 Plus.

This article was put together with the friendly assistance of Machines-3D from France. See the company’s offer at their website.