So you have a genius product idea that will disrupt the market and make you a billionaire like the likes of Elon Musk or Jeff Bezos. But it’s still just an idea and you know investors and seed funds hate to bet their money on PowerPoint presentations. You need a prototype. Here’s how you can make one without going deep into the red.

Turning a digital design into a working prototype is a tricky business. Sure you have read everything about Alexander Graham Bell and how he made everything work at his workshop with a hammer and a bunch of nails. But modern inventions are way more complex than anything he did, so it’s hard to build it on your own. Therefore you have to be proficient with a lot of manufacturing tools like CNC machines. Such machines are also pretty expensive. So, the usual way to go is to have someone else put the prototype together for you. But this is even more expensive and every adjustment or minuscule change in the design adds a lot of money to the already frightening price tag. Above all else, outsourcing the prototyping process takes months and comes with obvious risks. You have to give your killer idea to someone else before it has reached the market. What if your vendor decides to double-cross you? To mitigate those challenges 3D printing has been invented back in the 1980s as a rapid prototyping technology. Back then it was even more expensive than traditional prototyping. Today it is way more accessible. 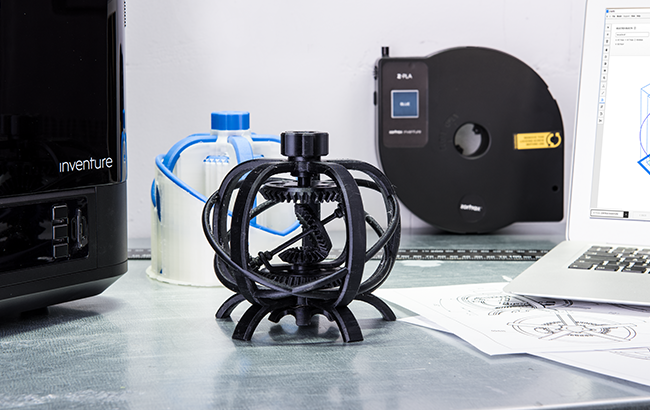 Using your own 3D printer to make your prototype saves money and time. Let’s start with money. Buying a professional 3D printer can set you back anywhere between $2.000 and $4.000. There are cheaper alternatives out there but while the prints can be quite comparable, the quality certainly isn’t. Cheap 3D printers are made of low quality parts and break down often. That’s the reason why they are cheap in the first place and there is no such thing as free lunch. There have to be some tradeoffs. Still, $2.000 is quite often less than a vendor would charge you for making a one-off prototype on order. And a printer can make those prototypes over and over. So the more adjustments you make to your new product, the more a 3D printer pays off. And an ability to make those adjustments rapidly without waiting for third-parties to implement them is an advantage in its own right.

Short time to market can make the difference between a success and utter failure for your product. Technology develops at an astounding pace and new innovative products hit the market every day. To think nobody else thought of the same thing you did would be overoptimistic at best. So it’s advisable to move fast. And 3D printing is one of the fastest prototyping technologies available. And, apart from its sheer speed, it’s flexible. It’s pretty hard to nail the right design on first try. Chances are you’re going to need to iterate through many different versions until you get the design perfect. With a 3D printer you can do this quickly by adjusting your digital projects and having them 3D printed in a couple of days. 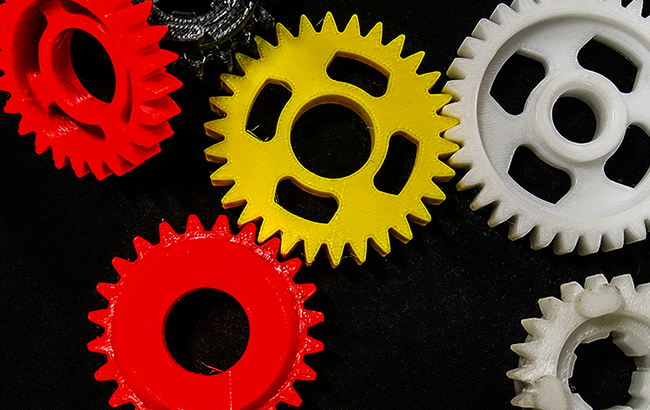 Road to the Market

When the prototype is up and running and everything seems to be working just fine, don’t get too excited. Difficult choices are still ahead of you. You surely designed your product to hit a specific price point. After all how much can it cost to make a simple coffee machine for example. You have surely heard about that making a high-end smartphone costs a few hundred dollars, and that their retail prices are way higher. But this is because big manufacturers like Apple or Samsung have economics of scale already working for them. They can pay those couple hundred dollars for making a phone because they are ordering millions of them. If they ordered 300 of them, the cost per unit would be bordering on ridiculous. What’s the point of a beautifully designed handset with a price tag 400 times higher than other handsets? But you will face that dilemma when you enter negotiations with manufacturers. They will ask you to place big orders right from the get go to bring the cost per unit down to a reasonable point. But what if you want to release a limited series of say a thousand of your products just to probe the waters? To see if customers actually like what you have to offer? 3D printers can help with is as well. The idea is called bridge manufacturing. 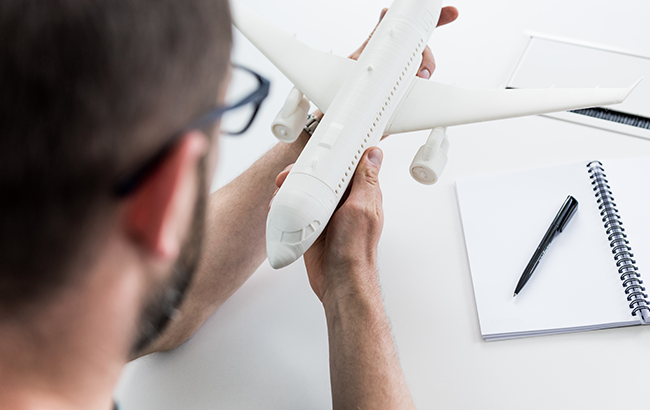 Basically, when your prototype is done you have a farm of 3D printers that makes short series of products at a price point comparable to mass produced items. 3D printing farms don’t make sense in producing millions of units but they are the best possible solution when you want to make a few hundreds. This way, 3D printers can bridge the gap between a successful prototype stage and going into full-scale production. And when you run your own low scale manufacturing operation, all the flexibility 3D printers bring to the table is still there. When you ship those few hundreds of products to your customers and receive their feedback, you can implement changes on the fly. There are no additional costs that come with rewiring an already set up traditional assembly line. This way you can get a lots of social proof before betting big on having your stuff mass produced. That’s probably the best market research technique out there. You’ll know whether people are willing to pay for your product, whether they are happy with it, and what they would want you to change in it. That brings the risks down. And lower risk level is what attracts investors who will be more willing to finance your move to full-scale production. And those are the reasons why your first prototype should be 3D printed.