ML System is one of the world leading players in the building-integrated photovoltaics technology. With a huge research and development facilities and an impressive lineup of products, the company has been included as one of the key innovators in its field by Building Integrated Photovoltaic Systems Skylights Market report for 2020-2027. Here’s how ML System engineers work with Zortrax M300 Plus 3D printers to quickly develop, prototype, and test new designs.

HQ Glass is a product developed by ML System as a replacement for traditional heating systems. The heating surface with HQ Glass is a transparent pane installed in a window frame. The temperature can be set precisely via a digital control panel and the whole heating window can be powered by renewable energy generated by photovoltaic panels also manufactured by ML System. 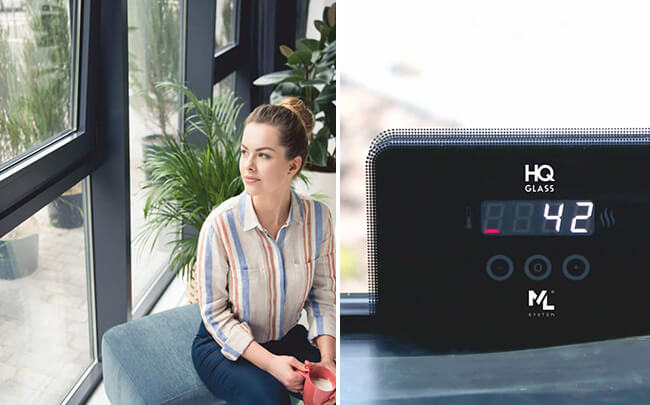 The ML System HQ Glass technology turns a transparent window pane into a heating surface controlled via an electronic panel.

“The underlying idea behind HQ Glass was to complement our photovoltaic solutions and build a complete ecosystem heating building with green energy sources”, says Krzysztof Misiak, an engineer at ML System.

The company has implemented the HQ Glass technology in two separate products both of which were prototyped using Zortrax M300 Plus 3D printers.

Since HQ Glass performs functions way more advanced than a typical window pane, the frame to house it needs to be designed from scratch with all the wiring and control systems in mind. ML System engineering team began their work by choosing the right 3D printing material for this project.

The M300 Plus 3D printer ML System team used in the project has a large, class-leading workspace.

The first choice was PET-G filament, which the company had on stock in large quantities. The advantage to using this material was it was strong and durable. After some initial testing however, the team decided to use standard ABS instead.

“The main reason behind the switch was the geometry of the parts. We need to print multiple components for this project and, given how a window frame is built, some of them needed to be quite long and had to be assembled from multiple parts. PET-G with its broad chemical resistance did not work well with epoxy resins we used to put the parts together. Switching to ABS solved that problem”, says Misiak.

The prototype window fame has been 3D printed in multiple parts that were subsequently glued together by melting the joint surfaces with acetone.

Overall, the prototype frame for a HQ Glass window has been printed in six separate parts. The longest component in the frame measured 1.20 meters. Apart from working well with epoxy resins and acetone which was also used to glue the parts together, ABS filament proved resistant to long UV light exposure which enabled the team to test the prototype in a real-world setting.

What’s even more impressive, the prototype proved very close to final functionality, as the ML System team managed to certify the frame to IP6 water resistance.

The second product that the ML System team prototyped using Zortrax 3D printers was a free-standing glass heater. The goal here was to use the same HQ Glass used in the smart windows and put in an elegant enclosure that would look good, perform the same efficient heating functions and match modern interiors.

A heater based on the ML System’s HQ Glass technology is designed to work as an efficient heating device and look good in modern interiors.

“Key benefit of using the 3D printing technology in this project was the ability to quickly design and fabricate multiple enclosures for the glass heater in various different dimensions”, says Misiak.

The enclosure housing cables and electronics controlling the operation of the glass heater have been prototyped on the Zortrax M300 Plus 3D printers.

The innovative heater, currently going through the certification process, is going to be offered in different sizes, depending on the customers’ requirements. It is also going to be capable of using energy sourced from photovoltaics as a power source to reduce the CO2 footprint.

“Before we started using 3D printers, we were outsourcing the fabrication of prototypes. Counting from placing the order, it could take over two weeks to receive the readily made prototype”, says Misiak. 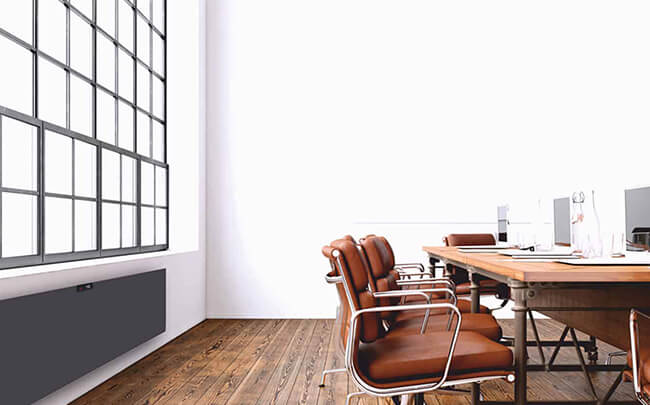 ML System’s team has found 3D printing in-house to be more cost-effective than outsourcing it to external subcontractors.

Now, with Zortrax M300 Plus 3D printers onboard, the team can initiate the print of a new design one day, and start testing the prototype on the next morning, since 3D printers can work overnight without supervision. Another important advantage which comes with 3D printing is that rapid adjustments can be made on the fly at all stages of the prototyping process.

Finally, there are significant savings. Prior to using 3D printers, ML System could order one prototype enclosure for the glass heater paying anywhere between 200 and 240 PLN. Now, with just one spool of ABS filament with a price tag of 180 PLN, they can make 10 such enclosures. This means today, each prototype costs roughly one-tenth of what it used to. 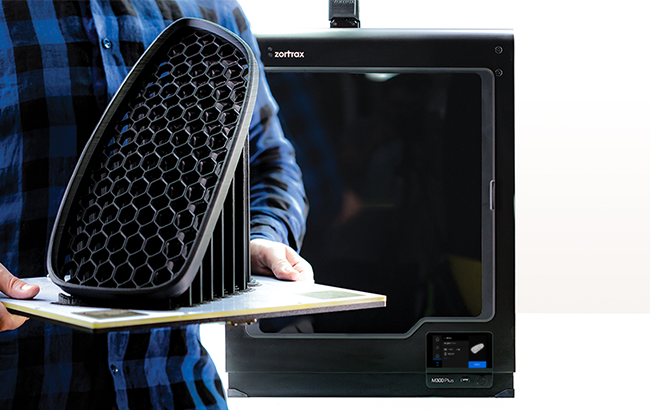 With the M300 Plus 3D printer, ML System cut the cost of prototypes tenfold and brought the lead times down to just two days.

ML System plans on using Zortrax 3D printers in various projects in the future. The M300 Plus machines are going to print connectors and assembly jigs for photovoltaic panels, connectors for testing DSSC cells, or distancing fixtures designed for glass with a precisely specified thickness.

Learn more about the Zortrax M300 Plus 3D printer ML System used in this project!