Zortrax Inventure, a professional dual-extrusion 3D printer, has an enclosed heated printing chamber to reduce ABS shrinkage. ABS-based materials are commonly used for end-use products made in injection molding technology but they can shrink up to 11% as they cool down and are particularly prone to warping. Tightly controlled 3D printing environment maintained inside the Zortrax Inventure’s printing chamber solves both those issues.

ABS (Acrylonitrile Butadiene Styrene) is an amorphous thermoplastic. It has an entangled, random molecular make-up. Under a microscope, ABS polymer chains look a bit like a bowl of spaghetti. When the material gets heated, those chains move away from each other as the forces binding them together get weaker. The material increases its volume and reduces its density. 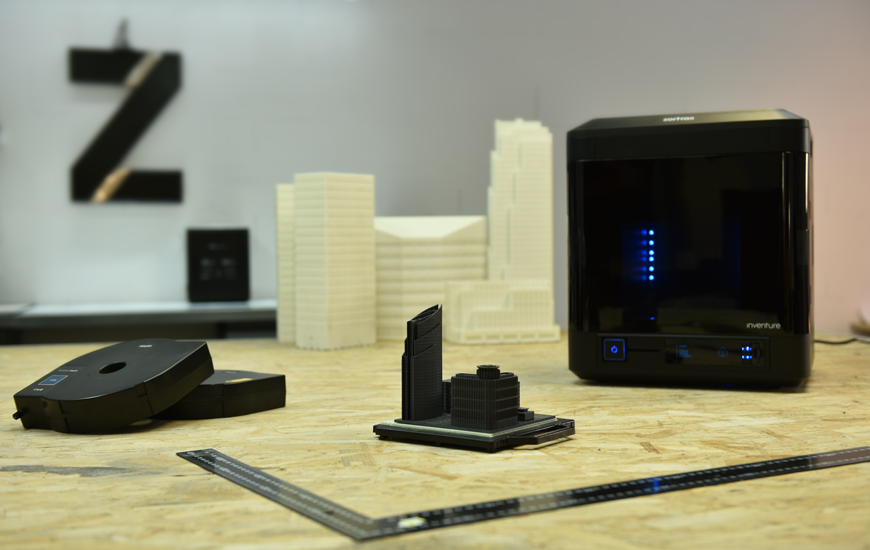 But when it cools down after extrusion, the process starts to go in the opposite direction. Polymer chains get back closer to each other and the material shrinks. While the effect is usually negligible in a properly set up 3D printer, it can cause trouble when you need to prototype more complex products that can’t be 3D printed in one go. Parts need to fit and they don’t when some have shrunk even a little more than others. Then there is warping.

ABS warping is even more of an issue than shrinkage. When the model shrinks uniformly, it just gets a little smaller. But when some part of the model shrinks more than others, the model gets warped. It bends up from the build plate, deform, sometimes even cracks. There are various factors contributing to models’ warping but the improper cooling is perhaps the most common. 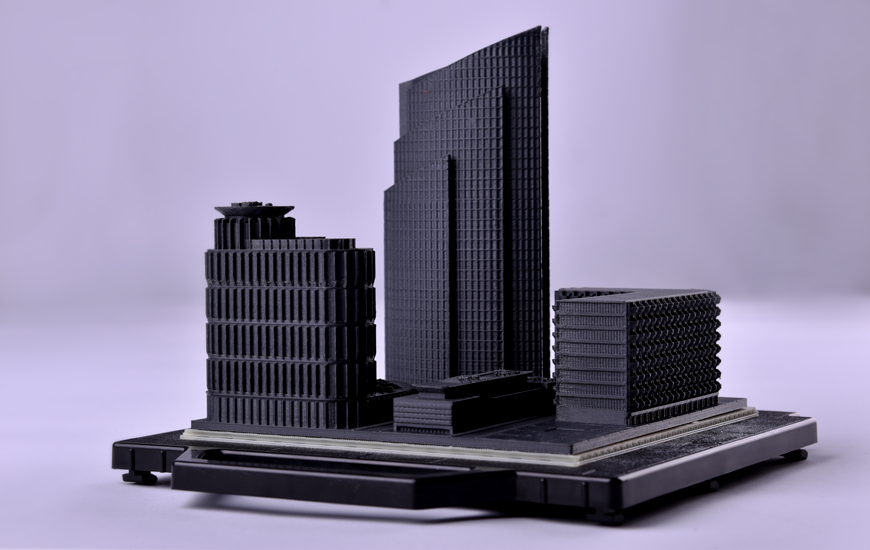 This usually happens when the material cools down too quickly or when the temperature is unevenly distributed around the model. AC systems generating air currents in the room are quite often to blame. Another possible reason is having a 3D printer working near an open window. That’s why we have designed Zortrax Inventure to deal with both shrinkage and warpage of ABS.

We knew the shrinkage can be mitigated by keeping the cooling rate right in the material’s optimal range, but it was difficult to accomplish in an open 3D printer. After getting heated up to nearly 245 °C (505 °F) during extrusion, the material rapidly cooled down to room temperature. In Zortrax Inventure this is a more elaborate process. To efficiently reduce ABS shrinkage we have designed it around an enclosed, heated printing chamber. 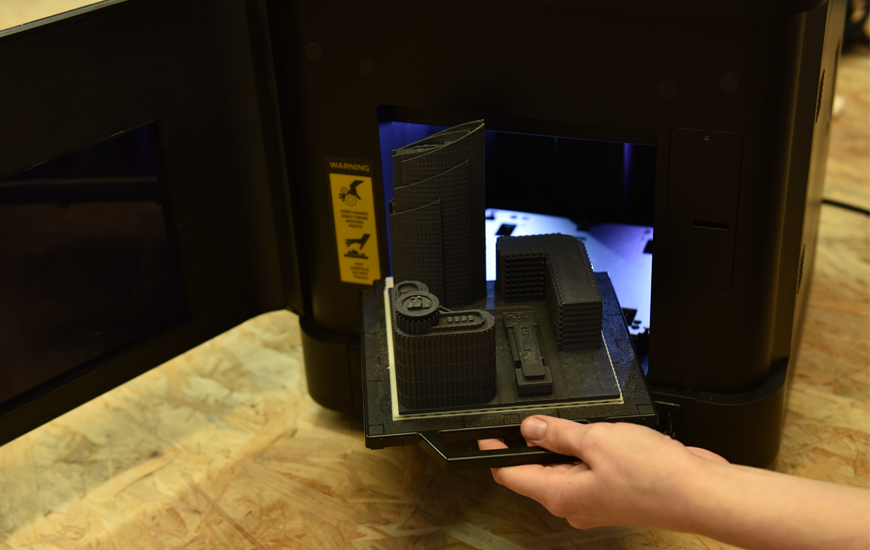 Hot ABS filament getting out of the nozzle is cooled down to 80 °C (176 °F). This temperature is then maintained in the chamber throughout the entire 3D printing process. Only when the model is done, Zortrax Inventure cools it down further to room temperature. This way all layers cool down simultaneously at the same rate. Moreover, in Zortrax Inventure the printing chamber is practically sealed off from the surrounding environment. The temperature is uniform across the entire build space to prevent models from warping.

Professional prototypes are quite often complex pieces of engineering consisting of many different parts which are 3D printed separately and then assembled manually. Dimensional accuracy is of utmost importance because even one part that doesn’t fit the others can delay the entire project. 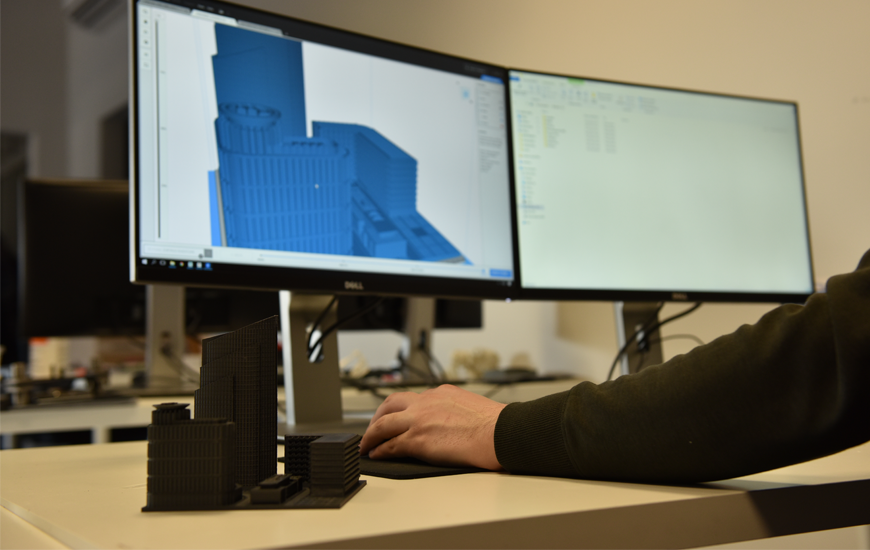 While PLA filaments have almost no shrinkage, the ABS is way stronger and can endure various post-processing techniques. We have designed Zortrax Inventure to print Z-ULTRAT Plus, one of the most resilient ABS-based filaments in our range, with precision comparable to PLA. And due to an enclosed printing chamber, this precision stays the same regardless of the working environment the printer operates in.