3D printing may change the future of medicine. Even today the technology makes it possible to manufacture prostheses, and in the future it will enable us to print artificial skin or entire organs.

3D printing can bring about a revolution in surgery as well. It’s not just about 3D printing entire organs, spare parts for the human body. This is the future, this is a solution closer to science-fiction rather than the real world. But before it becomes available, 3D printing will enter the world of surgery thanks to a different invention: the 3D pen.

The Future of Surgery

In the simplest terms, it’s a 3D printer in the form of a pen. Its method of operation isn’t much different from the traditional 3D printer. The pen needs to be provided with the filament, or the building material, which is then melted inside the pen, flows out of it and solidifies. The only difference between the pen and the 3D printer is that the pen has to be operated manually, without the print head moved according to algorithms. But with skillful operation you can create very interesting shapes.

This is why these pens will be used by surgeons in the near future. These pens, however, will not use the plastic filament like toys do. They will utilize a biomaterial composed of stem cells. As a result, it will be possible to fill gaps in organs. Simply speaking: to patch them up. And what’s most important is that it will be done in a variety of ways, selected by the surgeon and his or her nimble hands.

Interestingly, such solutions already exist. One of them is called BioPen. It was developed by the University of Wollongong, Australia. The pen utilizes two different filaments. The first is composed of human cells with which gaps in damaged bones. After the gap is filled it needs to be covered with a gel. The structure then needs to be treated with UV light to make it harden. 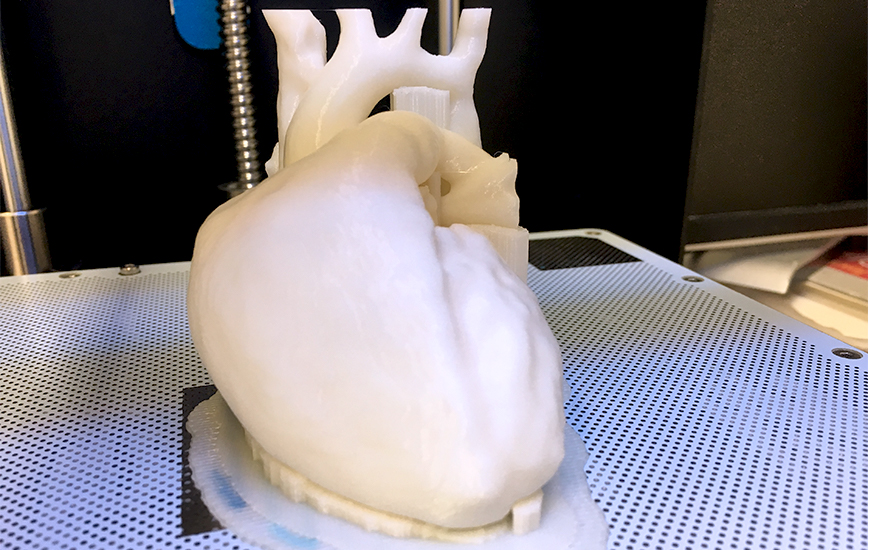 This technology is regarded as highly innovative and able to change the way patients are treated. It’s possible that in the future we will not limit ourselves to supporting the body’s regenerating capabilities. We will conduct rapid repairs so as to remove all glitches as soon as possible and more efficiently than the body could. This might seem like objectification of human beings. After all, a human being is not a mechanism, the body should not be repaired as if it were a washing machine or car. The human being should not have spare parts.

However, that is not the case: the human body is a mechanism, though it operates according to different rules than machines we create. That is why we should be happy about solutions such as the 3D pen and hand-held 3D printers. They will let us overcome a large proportion of our natural weaknesses. Today the technology is only used to fill gaps in bones, but the medical profession is confident that in the future it will also be possible to fix muscles and organs.

This means that in 10+ years we will be visiting the doctor like we visit an automobile repair shop –but it’s our bodies that will be repaired; the surgeon will be the mechanic and the tool used for the procedure will be the 3D pen.